We should boycott the 2022 Winter Olympics — but what kind of boycott? Margaret McCuaig-Johnston in the Ottawa Citizen

in Columns, Dragon at the Door, Foreign Affairs, Foreign Policy Program, In the Media, Latest News
Reading Time: 3 mins read
A A 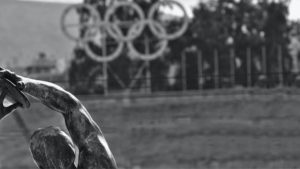 Leading up to the 2008 Beijing Games, Chinese officials promised they would improve China’s human rights record. That didn’t happen, and no promises are even offered for February’s Olympics. Margaret McCuaig-Johnston asks: what can be done to send a powerful message?

Athletes and sports organizations around the world have been speaking out about the disappearance of renowned Chinese Olympic tennis star Peng Shuai, who said Nov. 2 on social media that she had been sexually assaulted three years ago by former vice-premier Zhang Gaoli. The Women’s Tennis Association threatened to pull its events from China.  Such disappearances have become standard procedure for those who have the temerity to speak out against the Chinese Communist Party or its leaders.

In a Sunday video call with International Olympic Committee (IOC) officials, who had been largely silent until then, Peng said she was safe at home but would like her privacy respected. With many calling for more complete answers as to what happened to her, the IOC is desperate to squelch further calls for a boycott of the 2022 Winter Games in China in February.

The IOC has already been struggling with the boycott campaign, which has successfully named 2022 the Genocide Olympics for the increasing evidence that 1.8 million Uyghurs have been subject to incarceration, brainwashing, mass sterilization, forced labour or, in many cases, death.  The IOC and the Canadian Olympic Committee (COC) suggest that sport is the great unifier, but the Games will whitewash China’s human rights infractions, not resolve them.

The calls to boycott the 2022 Olympics remind us that leading up to the 2008 Beijing Games, Chinese officials promised they would improve China’s human rights record. That didn’t happen, and no promises are even offered for the upcoming Games. We realize that the 1936 Berlin Games helped legitimize the Nazi government, responsible for the deaths of millions. Therefore, a boycott is appropriate in the face of another genocide, but what kind of boycott?

The crescendo of voices around the world over the past year calling for a complete boycott of the Games because of the Uyghur genocide appears to have found few sympathizers among governments.  In Canada, Prime Minister Justin Trudeau says it is up to the COC to decide on a boycott — an idea that the COC has firmly rejected. And many are sympathetic to the athletes whose careers would be affected by countries cancelling their attendance.

Another proposal is to move the Games to one or more other countries, perhaps holding it a year later. Of course, that would require the support of the IOC, which has no process for such a move. Any attempt to persuade IOC leaders and member countries would have to have started years ago. In any event, no country is volunteering to take on the significant expense, not to mention the wrath of China.

A diplomatic boycott is now under consideration in the United States. It has bipartisan support, and other countries are expected to join. But Beijing has already signalled that only Chinese residents will be permitted to attend sporting events, and there are tight COVID-19 protocols, so this may only impact diplomats who already live in China. However, a diplomatic boycott is an initiative that could attract more nations, including Canada, to sign on.

But a diplomatic boycott is not enough. More powerful would be an athletes’ boycott of the opening and closing ceremonies.

These ceremonies are where the host country puts on a big extravaganza for the world. Some athletes already skip the opening ceremonies when their sport is being held in the several days following; they’re resting up to focus on their performance. Athletes themselves have it in their power to sit out the ceremonies in recognition of genocide, and to focus on their sport, which is why they’re there.

This would take strong leadership from a few prominent athletes to generate widespread athlete support for such action, and ideally in Canada it would have the tacit support of the COC. An athletes’ boycott of the ceremonies would send a strong message, and could be a big loss of face for China, on top of a diplomatic boycott.

And ultimately it comes down to you and me. It is within the power of each of us to boycott the Genocide Olympics. It may seem like a small thing simply to not watch coverage on TV.  But wouldn’t be at all small if millions did it. Certainly, advertisers would take notice and the message would register with Beijing that people around the world are disgusted by China’s treatment of its own citizens — whether it is one lone Olympian or millions of Uyghurs.

Margaret McCuaig-Johnston is a former Assistant Deputy Minister in the Canadian Government, and is now focused on China issues as a Senior Fellow with the Graduate School of Public and International Affairs at the University of Ottawa. She is a frequent author for the Macdonald-Laurier Institute.

Buyer beware! Inflation is here to stay, and Ottawa is pouring fuel on the fire: New MLI Report by Philip Cross

A new blueprint for reconciliation: JP Gladu and Ken Coates for the Hamilton Spectator

A new blueprint for reconciliation: JP Gladu and Ken Coates for the Hamilton Spectator