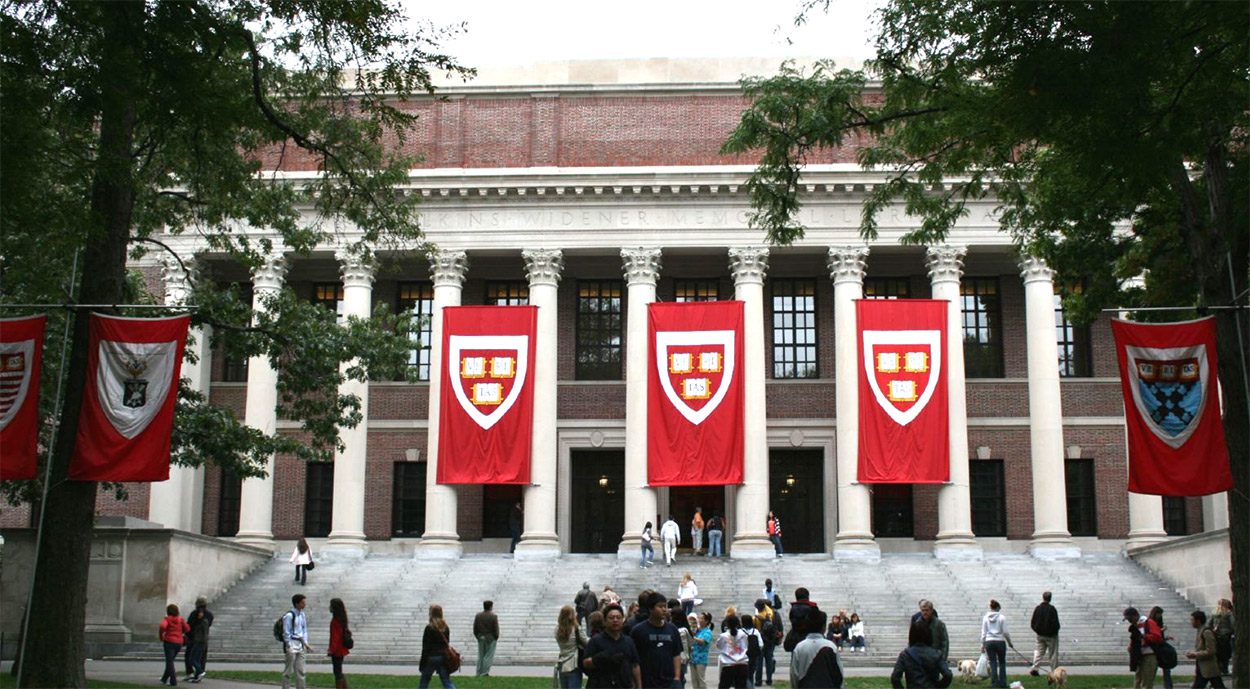 The Harvard administration should have stood up for the longstanding liberal-democratic principle that even the most reviled members of society deserve a lawyer. Instead, Kaveh Shahrooz writes that the administration did what now seems to come naturally among university administrators everywhere: It capitulated to the mob.

On Saturday, Harvard University announced that it would not be permitting law professor Ronald S. Sullivan Jr. to stay on as faculty dean of Winthrop House, an undergraduate residence where he has served in that position since 2009 (along with his wife Stephanie R. Robinson, who also teaches at Harvard Law School). When I heard news of this, my mind rushed back to a guided tour I’d once taken of Boston’s Freedom Trail, a two-and-a-half mile path that features numerous historical landmarks, including the site of the 1770 Boston Massacre, Paul Revere’s home and Bunker Hill Monument. At the time, I’d just arrived from Canada as a student at Harvard Law School. And I was eager to bring myself up to speed on America’s revolutionary history.

The most memorable story I heard during that tour was of a young John Adams, a future U.S. president, successfully defending Thomas Preston, a Captain of a redcoat British regiment who’d been accused of ordering the aforementioned massacre after British soldiers were hit with rocks and snowballs. When the administration of Acting Governor Thomas Hutchinson put Preston and his men on trial, Adams agreed to serve as defence counsel, despite the fact he’d already staked out a reputation as a leading Patriot. Years later, he would declare that “the part I took in defence of [Captain] Preston and the soldiers, procured me anxiety and obloquy enough. It was, however, one of the most gallant, generous, manly and disinterested actions of my whole life, and one of the best pieces of service I ever rendered my country. Judgment of death against those soldiers would have been as foul a stain upon this country as the executions of the Quakers or witches.”

The story of Adams fighting to ensure that even his enemy’s rights were protected has special resonance for lawyers and law students, because it portrays the noble side of a profession that often is shown in a less than heroic manner. More broadly, the story reflects America’s larger, evolving national project of creating a democratic society in which popular passions would be tempered by the rule of law. Central to that project are due process and the right of all accused persons to zealous legal representation. It is ironic that these foundational principles should be forgotten by a place such as Harvard, from which Adams himself graduated in 1755.

Sullivan was the first African American to serve as faculty dean of a Harvard undergraduate house. He’s also a former president of the Black Law Students Association at Harvard Law School, a winner of HLS’ award for Outstanding Teaching, and the director of the school’s Criminal Justice Institute. Like other famous criminal lawyers, he often takes on notorious clients, including that of ex-NFL football star player Aaron Hernandez, who was convicted of murder in 2015. Any educated person knows that bad people often need good lawyers.

And yet Sullivan found himself pilloried in recent months because of his decision to join the legal defense team of alleged Hollywood rapist Harvey Weinstein, with activists claiming that Sullivan’s role in the case undercut his responsibility to make students of Winthrop House feel “welcomed, supported, and encouraged to raise their voices against any form of discrimination.” It also was claimed that “victims of sexual assault and rape” at Harvard would find Sullivan’s presence “not only upsetting, but deeply trauma-inducing.” Only after Sullivan joined Weinstein’s legal defence team did critics start publicizing allegations of a supposedly “toxic atmosphere” at Winthrop.

In response to the claim that Sullivan’s role on the Weinstein defense team was incompatible with his role as a university figure, the Harvard administration should have stood up for the longstanding liberal-democratic principle that even the most reviled members of society—from Redcoats to rapists—deserve a lawyer. Instead, the administration did what now seems to come naturally among university administrators everywhere: It capitulated to the mob. In a vaguely worded email sent to Winthrop house residents and affiliates on Saturday, Dean of the College Rakesh Khurana declared that Sullivan was being relieved of duty because the “situation in the House is untenable.”

As a Harvard Law School alumnus, and a lawyer who believes that due process is an essential bulwark against tyranny, three key points stand out when I reflect on the Harvard administration’s cowardice. The first is that the decision exacerbates a growing danger to the integrity of the legal profession in general, and to the rights of criminal defendants in particular. It always has been assumed that lawyers who agree to represent unsavoury clients are in no way signalling any kind of endorsement of such clients’ alleged behaviour. As Professor Sullivan himself said in a recent interview: “Lawyers are not an extension of their clients…When I’m in my lawyer capacity, representing a client, even one publicly vilified, it doesn’t mean I’m supporting anything the client may have done.” It is perhaps understandable that some undergraduate students may not understand the professional compartmentalization that is central to a lawyer’s role in society. But Harvard itself has no excuse for encouraging a misconception that, if given wide currency in this age of “social justice,” threatens to put lawyers at professional and reputational risk if they serve controversial clients.

Especially vulnerable are those criminal defendants—innocent and guilty alike—who are not as wealthy as Harvey Weinstein, and who already struggle to find competent lawyers willing to take their cases. (In all Western countries, remember, a disproportionate share of such defendants are from disadvantaged and marginalized communities.) Moreover, the trials of some of the world’s greatest criminals and mass murderers would simply never take place if there were not a corps of skilled lawyers willing to give the devil his legal due. As international human-rights lawyer Gissou Nia put it, “I would never think that my legal defense of say, those alleged to have committed war crimes (which I’ve done), would then have me dismissed from a law school post.”

A second observation arising from L’Affaire Sullivan: Notwithstanding the many differences between the far populist right and the social-justice left, these two poles now seem to have embraced an identically politicized view of the justice system. The “happy, excited, relieved” Harvard student activists high-fiving the departure of Sullivan may think they’re striking a blow for a progressive cause. But they’re simply mirroring the rhetoric of Liz Cheney, who once questioned “the loyalties of [U.S.] Justice Department lawyers who advocated for detained terror suspects” while in private practice. Here in Canada, where I live and work, I hear similarly regressive attitudes from conservative politicians, who argue that a lawyer who represented child soldier (and former Guantanamo Bay prisoner) Omar Khadr shouldn’t be appointed to the bench. In substance, their argument is no different from that of the far-left protesters who accuse Marie Henein—the prominent Toronto-based defense lawyer who successfully represented former radio host Jian Ghomeshi at his sexual assault trial—of “silenc[ing] victims and perpetuat[ing] rape culture.”

Third, the story belies the increasingly-fashionable argument that campus tales of social justice run amok are overblown. Sullivan’s treatment falls in with the litany of episodes that includes Bret Weinstein’s de facto firing at Evergreen State College, the cancellation of an honorary degree for Ayaan Hirsi Ali, the forced resignation of Erika Christakis at Yale, Concordia University’s disinvitation of Harvard Professor Harvey Mansfield, and Cambridge’s cancellation of Jordan Peterson’s visiting fellowship. Students who receive their education on campuses where mobs force the hand of professors and administrators can be expected to bring those same anti-liberal values into the wider world.

At my first year of Harvard Law School, I was told that all accused persons deserve a strong legal defense. And we were all taught to celebrate lawyers who had the courage to take on unpopular causes. I internalized those lofty exhortations, and have tried to conduct my own career accordingly. Harvard’s decision regarding Ronald S. Sullivan Jr., on the other hand, sends the message that these are all just obsolete slogans from another era—the kind you hear on walking tours of old Boston historical sites.

Kaveh Shahrooz is an MLI Senior Fellow, as well as a Toronto-based lawyer and a graduate of Harvard Law School.