The Mixed Legacy of the 2022 Beijing Olympics: Stephen Nagy in the Japan Times

The Games will be remembered for nationalism, mistrust and a divided global community. 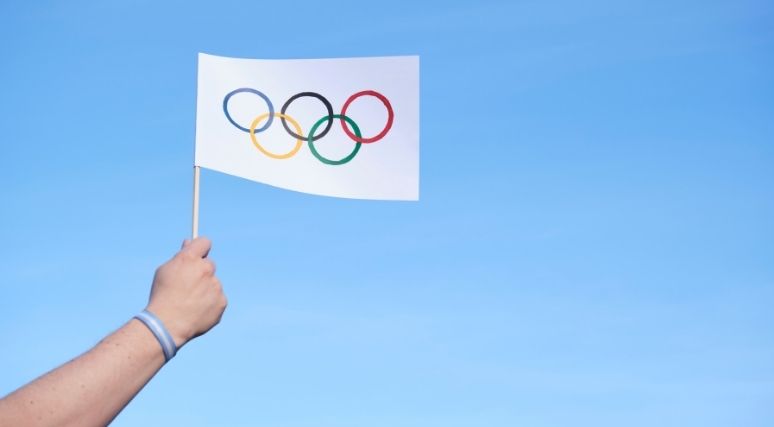 This article originally appeared in the Japan Times.

Typically, Olympics are legacy events that traditionally leave the host city and country with a lasting positive impression among athletes, international viewers and the domestic audience.

To illustrate, the 1964 Tokyo Olympics marked Japan’s return to the family of nations after World War II and the 1988 Seoul Olympics are associated with South Korea transitioning into a democratic country.

The 2022 Beijing Winter Olympics will be the exception.

For much of the world, the Beijing Winter Olympics will be remembered for the motley parade of authoritarian leaders on display at the opening ceremonies; to defying the international community’s well-founded concerns about human rights abuses of the Uyghur and Tibetan minority communities; and belligerent rhetoric and behavior toward Taiwan and others with the now iconic Wolf Warrior diplomacy.

These Olympics will be remembered for nationalism, controversy over dual heritage athletes like Elaine Gu, the division of the global community and a profound deepening of mistrust between China and much of the world.

Critically, it will be seen as how China lost influence and friends, key prerequisites to developing soft power and achieving its national interests.

Harvard professor Joseph Nye defined soft power in the early 90s as “power is the ability to influence the behavior of others to get the outcomes you want. There are several ways one can achieve this: You can coerce them with threats; you can induce them with payments; or you can attract and co-opt them to want what you want. This soft power — getting others to want the outcomes you want — co-opts people rather than coerces them.”

Rather than enhancing Beijing’s soft power, China’s immediate neighbors and much of the world, including Japan, now have deepening concerns about what the China Dream and the great rejuvenation of the Chinese people and nation means for the world.

At the domestic level, there is much to praise about the event. Great sport competition, no known spread of the COVID-19 virus into the domestic community and no outbreak among the athletes. China’s nine gold medals and 15 medals overall was also a significant achievement.

Nonetheless, the highly curated coverage of the Winter Olympics was leveraged to show spectacular opening and closing ceremonies with Xi Jinping being front and center of this precise display of organization, sportsmanship and athletics. The curated coverage has sent the message to the domestic audience that China has become a modern country thanks to the Chinese Communist Party that had the incredible ability to hold an international event the scale of the Winter Olympics during the spread of the COVID-19 pandemic.

Withstanding the criticism from international organizations and much of the international community for its domestic behavior and assertive actions in the Indo-Pacific, this highly selective narrative of the Olympics and China’s success in creating a shared community for mankind has been built on a narrative that the West, primarily led by the United States, has been a determined, collective group of actors in trying to delegitimize China and the Chinese Communist Party and the Olympics.

For many, these efforts are part of a strategy to halt China’s development. Sadly, many of these narratives were infused with racial undertones about the West not accepting a non-Western culture ascending to a central position on the global stage.

Dangerously, there has been a nationalist rejection of foreign coverage of China including the Olympics. With an increasing number of Chinese citizens seeing coverage of China by foreigners as “full of lies, bias and distortions such as the coverage of Xinjiang,” which is based on “economic, psychological and racial prejudice toward China,” as one of my Chinese acquaintances puts it, there is a risk that Chinese Communist Party-driven narratives about China and its relationship with the world will take root and therefore further divided it from much of the world.

At the international level, the Olympics have not been an effective tool at building influence and developing friends. With the opening ceremony featuring both Vladimir Putin and Xi, many international audiences were left wondering why a political leader that seems likely to invade its neighbor Ukraine and another leader who has voiced determination to unify with Taiwan by force, if necessary, should be legitimate hosts for the Olympics. After all, the event is supposed to promote international understanding, peace and a global commitment to building a global community.

Xi’s de facto support at the onset of the Olympics for Putin’s efforts to create a sphere of influence that envelops Ukraine were laid out in the Feb. 3 Joint Statement of the Russian Federation and the People’s Republic of China on the International Relations Entering a New Era and the Global Sustainable Development.

Without explicitly mentioning Ukraine or Taiwan, the statement stressed that “Russia and China stand against attempts by external forces to undermine security and stability in their common adjacent regions, intend to counter interference by outside forces in the internal affairs of sovereign countries under any pretext, oppose color revolutions and will increase cooperation in the aforementioned areas.”

This raises serious questions as to China’s continued obeyance of its long-standing rhetoric that China will never seek hegemony, expansion, or a sphere of influence, nor will China ever engage in an arms race as Xi himself mostly recently articulated at the opening ceremony of the annual Boao Forum for Asia in the Chinese province of Hainan in January 2021.

The Olympics were not effective at deflecting criticism about the Uyghur re-education camps; dismantling of the one-country/two systems model in Hong Kong; and belligerent rhetoric and behavior toward Taiwan — resulting in face losing diplomatic boycotts at the opening and closing ceremony. They also highlighted that Xi’s China eschews human rights, international norms and law, further eroding trust in his country.

Client states of China such as Pakistan and those well inculcated into China’s geo-economic Belt and Road Initiative project will echo the growing chorus of nationalist Chinese who reject any criticism of the mixed legacy of the 2022 Beijing Olympics. This includes how China has lost influence and friends with its own choices and behavior. These are a minority, but they have vested interests in sticking to the party line on the 2022 Beijing Olympics.

For Tokyo and other like-minded capitals in the Indo-Pacific region, the mixed legacy of the 2022 Beijing Olympics presents an opportunity to deepen their relationships and shared-interest in building a rules-based order in the region founded on a commitment of shared values and norms.

Stephen Nagy is a senior associate professor at the International Christian University in Tokyo, a senior fellow at the MacDonald-Laurier Institute.