Taiwan’s role as a world-class producer in semiconductors offers unique opportunities for Canada through closer cooperation.

OTTAWA, ON (January 27, 2022): As countries around the world try to develop secure supply chains for semiconductors, a new report from the Macdonald-Laurier Institute says Canada may have its own distinct path into the club.

In his commentary “Taiwan is an ideal partner for Canada in the semiconductor sector,” author and Taipei-based journalist Matthew Fulco examines the makeup and geopolitics of the lucrative and strategically important sector, laying out options for Canada’s participation in it.

Semiconductors, or computer chips, are essential for making everything from smartphones to hospital equipment, vehicles, computers, fighter jets and much more. At present, Canada is not a major player whereas Taiwan is one of the world’s top semiconductor producers. Recent events demonstrate the need for Canada to partner with Taiwan in this crucial industry.

For nearly two years, semiconductor production has lagged behind global demand. The chip shortage has squeezed manufacturing, leaving people waiting months for new cars or appliances to be delivered, driving shortages across the economy and resulting in higher prices. This is due partly to supply chain bottlenecks caused by the pandemic, but also arises from sheer demand given the ever-growing range of new products that use these components.

Canada’s auto industry has been particularly hard hit. “Amid the chip supply crunch, auto production in Canada in the 12 months to July 2021 fell 6.6 percent,” says Fulco, marking its lowest point since the 1982 recession.

Semiconductor supply also poses national security concerns. As he adds, “Semiconductors have a broad array of defence and aerospace applications, from radars and jammers to signals intelligence, military communications and space capabilities.”

The supply crunch isn’t helped by the limited number of semiconductor suppliers. Taiwan is the leading producer, but as China narrows the gap – while also increasing its control of the world’s rare earth minerals used in semiconductor manufacturing – more nations are anxious to establish stable supply chains better insulated from the coercive tactics of Beijing.

“As market democracies move to work more closely together to build a clean semiconductor supply chain – free of components sourced from China – Canada should consider the role it can play,” notes Fulco, an international reporter who covers technology supply chains and financial technology.

Fortunately, Canada could have an inroad. The Taiwan Semiconductor Manufacturing Company (TSMC), which is the world’s largest contract chipmaker, already has a Canadian presence, a design centre in Ottawa that contributes to the parent company’s R&D efforts.

Canada and Taiwan have a long and strong trading relationship, however persuading TSMC to consider production in Canada would not be easy. The US, Japan and Germany are also pursuing TSMC, and because semiconductor manufacturing involves massive infrastructure costs, any successful suitor would need to offer major subsidies or financial incentives. The scale is billions, not millions.

But regardless, TSMC’s Canadian presence represents an opening. As for competing with deep pockets in Washington or Tokyo, the government in Ottawa must show some creativity and determination.

“It would thus be worth considering setting up a national semiconductor development fund from which it could withdraw funding,” writes Fulco, who recommends “robust government support” to complement the excellent conditions for semiconductor investment in Canada, including “a strong talent base, ample water supply and advanced infrastructure.”

To read the full report, click the button below. 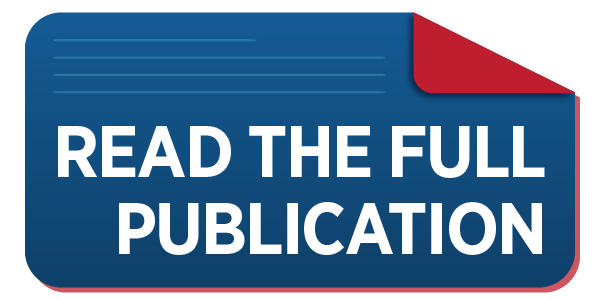 ***
Matthew Fulco is a Taipei-based journalist who focuses on the transformative effect of technology on Asian economies and its intersection with geopolitics.

Letter to the Editor – A Response to Janice MacKinnon’s commentary on the Mazankowski report: Wayne Anderson for Inside Policy

Canada's 'more-with-less' approach to health care has failed us: Shawn Whatley in the National Post