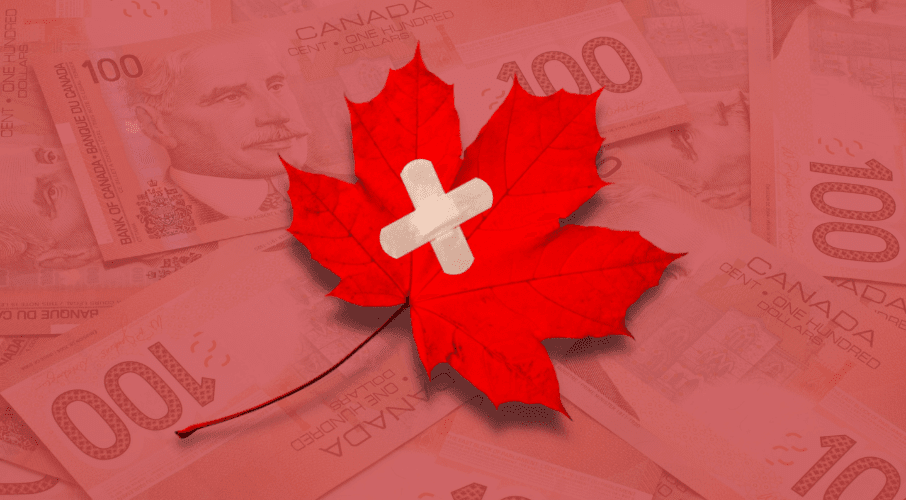 We cannot simply throw more money at the problem; we need a new vision for the future, writes Shawn Whatley in the National Post.

Most organizations create mission or vision statements, but often the real mission is left unsaid. Since the 1990s, the unspoken mission of Canadian health care has been: how can we do more with less? Reductions in beds and closed hospitals have become hallmarks of the “more-with-less” era of health care.

For 30 years, hospitals and civil servants have tried to provide more care, while spending less per patient overall. In pursuit of this goal, administrators abide by certain unbreakable rules: never embarrass your political masters; maintain peace with the unions; and remain vigilant about public communications. And when all else fails, point fingers at Ottawa.

The more-with-less mission has lasted this long mainly because so few people need hospital care each year. In the 2019-20 fiscal year, Canadian hospitals admitted 7,699 patients per 100,000 population, or just under eight per cent of the population. Even when it comes to people over 50, the vast majority, roughly 91 per cent, do not seek hospital care in any given year. Moreover, roughly half of hospital admissions are for chronic patients.

The current situation has only been politically viable because the vast majority of voters rarely interact with hospitals.

How well did provinces succeed in trying to do more with less? Well, in Ontario, as an example, the number of per capita hospital beds has fallen over the past 30 years, even as health spending as a proportion of gross domestic product has risen.

This example is indicative of a larger trend: the dream of more-with-less has delivered the reality of less-for-more.

In January 2020, more-with-less forced the city council in Brampton, Ont., to vote unanimously in favour of declaring a state of emergency due to hospital overcrowding, and that was before Canada entered the pandemic.

Throughout the COVID-19 crisis, Toronto has had the dubious distinction of being one of the most locked down cities in the world, despite the fact that its hospitalizations per capita has remained far lower than many other cities. The sad reality is that our system faces catastrophe when there are only a few hundred extra patients in intensive care units.

Many voices are calling for more spending as the solution to Canada’s health-care woes, but is there any reason to believe that we won’t end up getting caught in the same less-for-more trap?

The average number of per capita hospital beds in the OECD is 4.8 per 1,000 population. After the Ontario government added several thousand beds, the province now has upwards of 2.3 per 1,000 people (although functionally fewer given nurse vacancies and COVID restrictions). Nevertheless, if we grant 2.3/1,000, Ontario would still require 36,974 more beds, more than double its current number, to reach the OECD average.

A bed gap this big exceeds the capacity of any provincial government to deliver, especially considering the huge backlog of services caused by the pandemic. It would require an extended period of growth just to match the average level of support provided in other countries.

The failed attempt at more-with-less was arguably borne of necessity. It became less-for-more not out of some failure of political will; it was the inescapable outcome of stubbornly doing the same thing over and over again expecting different results.

But now, necessity dictates that we cannot go on as we have. Simply increasing funding to our current system has failed. We need a new vision for health care that is sustainable and growth-oriented, long-term in scope and system-wide in its pursuit of improvement. The vision statement is simple: improved care for all Canadians.

This new vision would embrace lessons from peer countries that have controlled costs with aging populations while maintaining equity and access. It would revisit the solutions found in reviews done decades ago, which foresaw the inevitable challenges now plaguing our health-care system. It would allow the provinces to exercise greater control over an area of their own jurisdiction, experimenting and investing in new ideas to improve outcomes for patients.

If we are to conquer the myopia and narrow-mindedness that have bedevilled efforts at health-care reform in the past, we will require courageous leaders to take the first step and allow the long building process to begin. Let’s hope it happens soon.

Shawn Whatley is a senior fellow at the Macdonald-Laurier Institute and author of the new book, “When Politics Comes Before Patients—Why and How Canadian Medicare is Failing.”

Here's why anti-Zionism is anti-Semitism: Shuvaloy Majumdar and Michael M.C. Reardon in the Toronto Sun