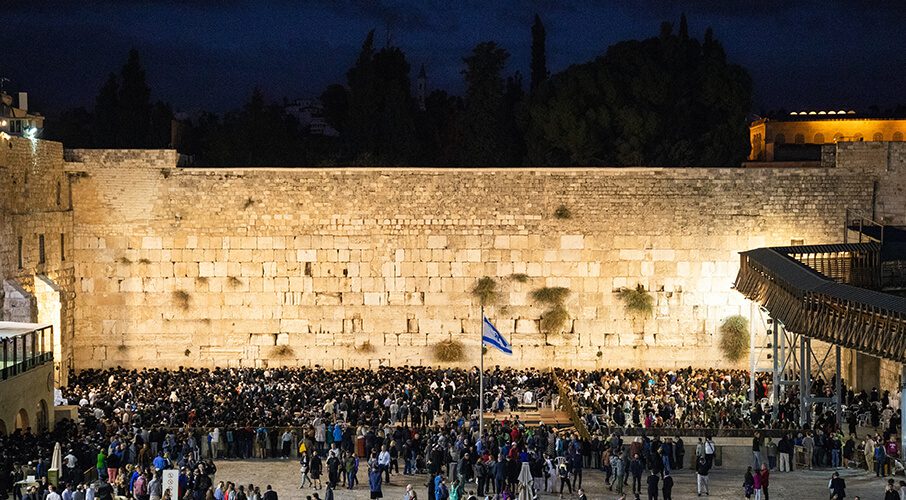 On this 77th Remembrance of the liberation of Auschwitz-Birkenau, Canada must reclaim history from the hands of those who contort it. Israel and the Jewish people have the right to exist, write Shuvaloy Majumdar and Michael M.C. Reardon in the Toronto Sun.

The modern State of Israel is a remarkable triumph, forged from millennia of existential tests. Yet, of the pernicious tropes spawning from our political extremes, the most egregious is the conferral of “white settler” status upon Jews – an indigenous people defined both by religion and by multi-ethnic identity.

Akram’s designs were born from delusions that the United States “only cares about Jewish lives,” that “Jews control the world,” “Jews control the media,” and “Jews control the banks.” He believed he would capture the attention of the US Chief Rabbi – a non-existent office residing only in the imagination of extremists.

And he thought he would directly negotiate the release of “Lady al-Qaeda,” Aafia Siddiqui, a Pakistani-jihadist and raging antisemite, and muse for both Pakistani Prime Minister Imran Khan’s entreaties to Washington and ISIS-American hostage negotiations . Upon learning of her 86-year sentence from a New York federal court, she ascribed it “from Israel, not America.”

Presented with this, the FBI and international media bizarrely concluded Akram was “specifically focused on issues not connected to the Jewish community.” In the ensuing backlash of a community now twice victimized, an uncomfortable truth was revealed: Antisemitism is held to a different, shockingly pardonable, standard than other forms of bigotry and persecution.

“White settlers” are apex oppressors on the hierarchy of racial grievances, and Jews with their inseparable Zionism do not count among today’s trending persecuted groups. This ill-conceived “white settler” trope negates the existence of millions of Jews from Arab lands, and overlooks the reality that Eastern European Jews have never been considered “white,” either by self-identification or by antisemites.

Today’s transmutation of Jews – constituting 1 percent of Canadians but alarmingly subjected to 17 percent of all hate crimes – into privileged Caucasian colonizers refurbishes a persistent lie: from ancient blood libel to the Holocaust, from the Protocols of the Elders of Zion to designating Israel a “colonial oppressor.”

We can no longer hide behind the notion that antisemitic conspiracies are exclusive features of the Far Right or Islamist radicals. The enduring lie of Jewish hegemony is now celebrated by gathering masses on the Left under the guise of anti-Zionism. When embedded within the casual acceptance and explicit endorsement of anti-Zionism, antisemitism is mainstreamed and made culturally fashionable.

One need look no further than the indoctrination of Canadian students in Toronto , Peel , or publicly-funded universities .

Or institutionalized propaganda masquerading as mainstream media glamorizing activists, as Mohammed El-Kurd did when he stated “F* Zionists and F* the genocidal death cult that is Zionism.”

Or Canadian organizations that pander to proto-authoritarians by boycotting and divesting from the Middle East’s sole democracy. Or rewarding anti-Zionist politicians with re-election , while dispensing with an historic, black, female leader in Annamie Paul – for her Jewish heritage, her Zionism.

Critique of any nation, Israel or otherwise, is necessary for robust debate. But anti-Zionism extends beyond mere critique. It denies Israeli legitimacy and the right of Jews to defend a homeland secured through existential wars. It denies Israel’s capital, Jerusalem, and sympathizes with bad actors who commit violence against synagogues and Jewish neighbourhoods. It denies the noble cause of self-determination for an indigenous people, including their right to self-defence from genocide.

Despite 3,000-year-old archeological evidence of Jewish civilization within the borders of the modern State of Israel and under its capital, Jerusalem. Despite the post-WWI San Remo declaration a century ago, affirming the right of Jews to return to their homeland, affirming Zionism. Despite the wide adoption of UN Resolution 181 after WWII, for lands not endowed with the region’s natural resources, but made successful today through the ingenuity and tenacity of its people.

A welcome reality is emerging across the Arab world by courageous leaders and their Abraham Accords . Yet, even as this recognition of Jewish statehood – Zionism – gains momentum among Israel’s former rivals, Western narcissists persist in amplifying antisemitic tropes domestically.

On this 77 th Remembrance of the liberation of Auschwitz-Birkenau , Canada must reclaim history from the hands of those who contort it. Israel and the Jewish people have the right to exist. Israel has the right to defend itself, just as Jewish diaspora have the right to prosper in peace and security. If we are to honour this Remembrance, if we are to confront the willfully ignorant – or worse, the fully cognizant – we must insist that anti-Zionism is antisemitism.