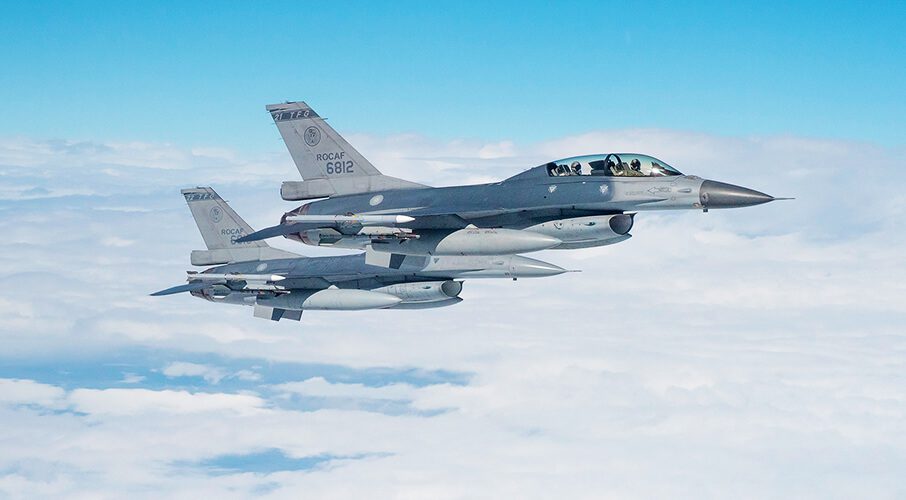 The US and its allies should signal in no uncertain terms that dragging the world into war over Taiwan would impose severe, in fact unsustainable, costs on China, writes J. Michael Cole.

The increase in Chinese military activity near Taiwan over the past year has engendered a tremendous amount of commentary and analysis from various circles, professional and not. With People’s Liberation Army (PLA) aircraft intruding into Taiwan’s southern Air Defence Identification Zone (ADIZ) occurring on a near-daily basis, and with record-breaking numbers in some instances, the world has shifted its attention to the Taiwan Strait as a potential flashpoint that, by the most alarmist accounts, could spark World War III.

Coverage of Beijing’s coercive efforts against Taiwan has been of uneven quality. An astonishing number of international media have confused Taiwan’s ADIZ, which overlaps international waters, with Taiwan’s airspace. While worrying, sporadic PLA activity in Taiwan’s ADIZ is much less threatening to Taiwan than intrusions into its actual airspace, which have not occurred.

The most alarming incidents involve PLA fighters crossing a tacit median line in the Taiwan Strait. Those were rightly regarded as the most serious incidents not because they violated Taiwan’s airspace (they did not), but rather because the aircraft’s vector of approach pointed directly towards Taiwan rather than into the West Pacific or the South China Sea, as was the case with penetrations of Taiwan’s ADIZ. Another worrying recent development, also sporadic, has involved PLA aircraft intruding into Taiwan’s southeastern ADIZ, thus exposing its “rear” to a new potential vector of attack, one where Taiwan’s air defence capabilities are more limited.

As the confidence of the Chinese military continues to grow, such activity will likely continue, with the potential these intrusions will only increase quantitatively and qualitatively. Chinese sorties, moreover, are directed both against Taiwan and the US and its allies, whose freedom of navigation, electronic surveillance, and joint exercises in and near the South China Sea have also become more frequent and high-profile in recent years.

Still, all this activity on the part of the PLA, combined with an increasingly belligerent tone by Chinese officials and in state media, have caused speculation in many circles. Media outlets, in particular, have often amped up China’s military activity in their headlines and analyses, quoting experts who provide overly alarmist assessments of the implications of such developments. In this context, declarations by military officials about a timeline for a Chinese attack on Taiwan have exacerbated the sense of inevitable crisis.

As a result, governments and analysts within the region have begun to ask themselves difficult questions about whether it would be in their country’s interest to intervene in a Taiwan Strait contingency. This has also led to a number of voices, predominantly but not limited to the far-left end of the political spectrum, clamoring for countries to “abandon” Taiwan, in the name of “pragmatism” and realism, to avoid being dragged into a war with China. Some have even argued the US should cease providing arms to Taiwan, presumably with a view that a defenceless Taiwan – or the “Taiwan problem,” as some of them regard it – could more easily be swept under the rug.

Many analyses, op-eds and reports on the matter, furthermore, have tended to regard the threat as mere entertainment, a board game in which the real, human costs of a descent into catastrophic war are largely abstracted. Little, if any, thought is given to the likeliest victims of such aggression: the 23.5 million people of Taiwan, who face a potential bloodbath should the furies of war be unleashed against their country. Nor, it seems, are the psychological effects on the Taiwanese of constantly being written about as a potential flashpoint, the most dangerous place on Earth, or a country on the brink of being invaded, taken into account by the writers, editors, producers, talking heads and analysts who play up the drums of war.

Without realizing it, this commentariat plays right into Beijing’s hands by compounding the threat signal and contributing to a sense of growing inevitability among the targeted population. It’s one thing for the Chinese Communist Party (CCP) mouthpiece the Global Times to warn of red lines and war against Taiwan; when otherwise reputable and independent media pick up similar themes, it tends to compound the problem rather than enlighten its audience.

This greater emphasis on the potential for war in the Taiwan Strait, added to the “click-bait” nature of many headlines used for articles on the subject, has in turn led to pushback by another group of analysts who maintain that the spike in Chinese military activity is mere bluster, psychological warfare, or a means for the Chinese leadership to appease a restive, ultranationalist public. According to this school of thought, the rulers in Beijing would not risk World War III with the US over Taiwan, calculating that the effects of major war on its continued rise and economic prosperity would not be worth the risks.

Both schools base their assessments on incomplete information. Most, if not all, of the analysts involved do not have access to classified material on the subject. All, moreover, are seeking to predict the future behaviour of a regime that, by its very nature, is hardly predictable. For the alarmists, the CCP is a ruthless regime whose leader, Xi Jinping, will stop at nothing to achieve its objectives. For the detractors, expectations are of continuity, that Beijing will, regardless of the context, behave as a rational decision maker.

The fact of the matter is, we simply do not know – at least not with enough certainty – what is going on in the rarefied circles around Xi, and how this influences Chinese foreign policy. The international community has, at best, an incomplete picture of the conditions within China, and that aperture is furthermore closing due to renewed efforts by the CCP to isolate Chinese intellectuals from the outside world while re-emphasizing the ideological underpinnings of the Chinese state under the CCP. We cannot possibly know how alarmed Beijing is about demographic trends within the country, and can only guess at the actual state of its economy, again due to the regime’s tendency to cook the books.

Above all, we cannot presume to be in a position to fully comprehend what motivates, or predict the behaviour of, a highly personalistic authoritarian regime centred around an individual who is unquestionably paranoiac, insecure, and, due to the system he has created around himself, is likely not receiving all the intelligence and advice needed to make enlightened decisions on matters of war and peace. Xi’s insecurities, combined with the impossibility of backing down on Taiwan as a result of sustained propaganda to the effect that unification of Taiwan is “inevitable” and a “historical trend” that is only opposed by a “small group of separatists” and “foreign interlopers,” can also lead to behaviour that, from the outside, may appear irrational.

Nobody can read Xi’s mind and know how the president for life, CCP general secretary and head of the Central Military Commission (CMC) would react if Beijing were to conclude that it is on the brink of “losing” Taiwan, an outcome that would constitute a traumatic blow to China’s self-image and the integrity of the country. We cannot, therefore, know how the CCP, faced with such a prospect, would react if it concluded that its very legitimacy was at risk.

Because of these many unknowns, both sides in the debate would benefit from a little more humility. It also bears repeating that all sides should recognize the real human elements to that story. What we are dealing with is not history or some international relations textbook used by graduate students. For the Taiwanese people, this is a matter of survival, of their country being stolen from them, of their loved ones being massacred. Whether the threat is imminent or not, we owe it to them to treat their predicament responsibly.

This means, on one end, avoiding excess and the dehumanization of sensationalism and, on the other, recognizing that the Taiwanese can ill afford to get it wrong. After all, the consequences of being caught unprepared, of internalizing the view that the threat of war is alarmist confabulation, would be downright disastrous. While it may be easy to warn against a sense of alarm from the comfort of one’s office in Washington, DC, London or Canberra, viewed from the ground in Taipei, the PLA aircraft, navy vessels, ballistic missiles and soldiers-at-the-ready are a reality that lies just across a narrow waterway. We can forgive them if they feel slightly uncomfortable and worried about their future.

The best course of action for all, therefore, is to take the threat seriously in order to bolster collective deterrence against a Chinese attack on Taiwan. This does not mean declaring a new Cold War against China. Instead, we need to recognize that, in the absence of certitude over Beijing’s intentions, the wisest strategy is to signal, in no uncertain terms, that the use of force would impose severe, in fact unsustainable, costs on both China and the regime that dragged it into an unjust war.

J. Michael Cole is a Taipei-based senior fellow with the Macdonald-Laurier Institute, the Global Taiwan Institute in Washington, DC, and the Taiwan Studies Programme at the University of Nottingham, UK. He is a former intelligence officer with the Canadian Security Intelligence Service in Ottawa.