Seeing the signs of domestic radicalization: Phil Gurski for Inside Policy

in Columns, In the Media, Inside Policy, Latest News
Reading Time: 6 mins read
A A 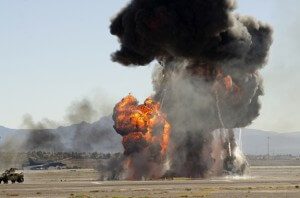 Our experience shows there is no profile of a potential terrorist, writes former CSIS analyst Phil Gurski, but we are beginning to recognize which behaviours and attitudes suggest that someone might be heading down the path of violent radicalism.

This article originally appeared in the February 2016 edition of Inside Policy.

The post 9/11 period in Canada has been robust in homegrown al Qaeda-inspired or, increasingly, Islamic State-inspired terrorism. There have been six significant attacks planned and/or executed in that timeframe: four foiled (the Toronto 18 in 2006, Project SAMOSSA in 2010, and the Via Rail plot and the BC Legislature plot of 2013) and two successful ones (the lone actor attacks in St-Jean-sur-Richelieu and Ottawa in October 2014). Two other related phenomena are Canadians who have carried out terrorist attacks abroad with Islamist extremist groups (among others the In Amenas, Algeria, gas plant attack of January 2013, and a suicide bombing in Iraq in June 2014), and the many who have left to become “foreign fighters” with groups such as Al Shabaab and Islamic State.

This is an increasingly rich data set which can be used to try to determine what is happening in Canada when it comes to radicalization to violence and whether or not there is a definable subset of Canadians who succumb to the extremist ideologies used by groups such as al Qaeda and IS. Added to that publicly available information are data that are not available in open source but to which I had access while working as a senior strategic analyst at CSIS from 2001 to 2015. It is this combination of open and classified information that enabled me to write The Threat from Within: recognizing Al Qaeda-inspired radicalisation and terrorism in the West (Rowman and Littlefield 2015). This article is a summary of the findings of the research I carried out in the writing of that book.

There is no consistency in family background or status.

As you analyse the individuals who radicalise to violence in Canada, whether or not they move on to commit acts of terrorism, you quickly realise that they are cut from the general Canadian cloth. Aside from being Muslim (by definition), and a weaker correlation with males and youth, attempts to draw profiles fail rapidly. There is no consistency in family background or status, education level, employment, mental disposition (such as can be measured) or previous involvement with violence. In other words, these extremists are representative of the entire Canadian Muslim experience (findings in other Western countries would likewise reflect those countries’ Muslim experiences). The obvious practical implication of this finding is the absence of a profile or checklist that can assist security intelligence and law enforcement agencies in narrowing the field of potential violent extremists.

All is not lost, however. Violent extremists in the AQ/IS paradigm tend in large part to exhibit certain behaviours and attitudes that betray their journey along the radicalization pathway. These indicators, as I have called them, are, perhaps surprisingly to some, overt and obvious. I believe that this openness stems from the fervour with which these individuals hold to their violent ideologies and their conviction that what they belong to is valid. 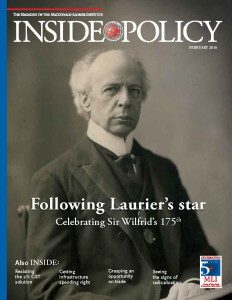 These indicators range from religious views, to social milieus, on-line habits and attitudes to Canadian society. It is important to stress that individuals exhibiting these behaviours and ideas will not necessarily move on to commit acts of serious ideologically-motivated violence. Nevertheless, the indicators are reliable signs of violent radicalization.

In the end I settled on 12 indicators. There are undoubtedly more but a longer list would not be as useful or practical for security intelligence agencies, law enforcement and anyone else in a position to observe these individuals. The following paragraphs summarise these indicators (note that an entire chapter in the book was required to provide a comprehensive discussion).

None of these indicators is necessarily illustrative on its own and context is critical. At the same time, however, these can help people identify individuals who are heading down a violent pathway and determine which action needs to be taken.

Decisions on what to do with individuals exhibiting signs of violent radicalization depend crucially on the specifics of each individual case. Just as there is no single profile of violent extremists nor is there a “cookie cutter” model for intervention. Responses to violent radicalization range from early intervention and deflection (where the process is in its initial stages) to investigation, arrest, charges, trials and incarceration. There is a subset of measures to deal with foreign fighters that includes passport revocation. At the extreme end of response there remains the de-radicalization option: this approach remains contested and has not been adopted to any large degree in Canada.

Based on available knowledge, the extent of al Qaeda- or IS-inspired violent radicalization in this country appears to be relatively limited. CSIS and the RCMP will acknowledge publicly that they are engaged in several hundred investigations at any one time. This number is obviously not complete, as demonstrated by those who successfully evade detection to leave Canada to join terrorist groups abroad. There is nevertheless nothing to suggest that the problem is an order of magnitude larger, and it is very difficult to imagine future conditions that would lead to significant increases in the numbers of Canadians adopting, and acting on, these violent ideologies.

Despite this good news it has to be recognised that the phenomenon of violent radicalization will not disappear any time soon. There will be more plots and more Canadians departing for jihad abroad. Our security intelligence and law enforcement agencies will be seized with this scourge for years to come and it will remain the single greatest threat to national security. At the same time, it is incumbent on ordinary Canadians to cooperate in identifying potential risks as authorities cannot be everywhere. In the end, however, it is important that all of us, from politicians to average citizens, respond in a measured, proportionate manner.

Phil Gurski was a senior strategic analyst at CSIS from 2001-2015. He spent more than 30 years as an analyst in the Canadian intelligence community. He is a recognised expert on radicalization and homegrown Islamist extremism and has presented on these issues across Canada and around the world. He is the President and CEO of Borealis Threat and Risk Consulting, and the author of The Threat from Within: recognizing Al Qaeda-inspired radicalisation and terrorism in the West (Rowman and Littlefield 2015).

Canadian energy has big role to play in China’s fight with climate change: Sean Speer and Ian Lee in the Financial Post