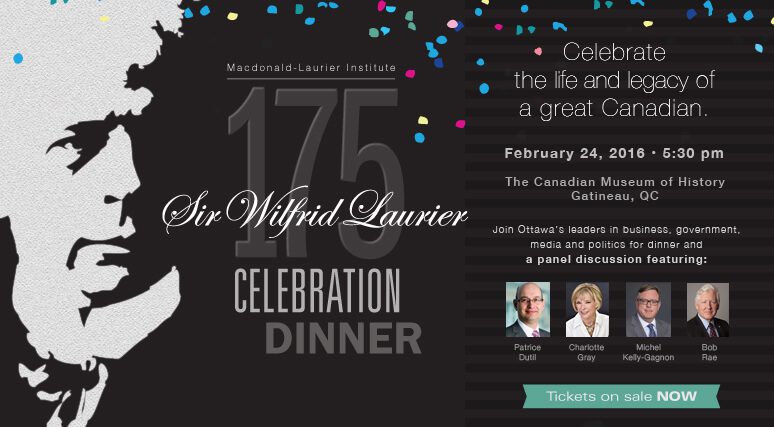 Members of the media are invited to join the Macdonald-Laurier Institute for a celebration of the prime minister who opened Canada to the world’s best and brightest, oversaw the great westward expansion, fought for French Canadians, and articulated an economic vision that should inspire us today. It’s time to celebrate a man whose statesmanship and political skills were unmatched in Canadian history, the man who dreamt that “Canada shall be the star towards which all men who love progress and freedom shall come.”

This event, taking place at the Canadian Museum of History in Gatineau, Que. will feature a panel discussion that will include former interim Leader of the Liberal Party of Canada, The Honourable Bob Rae, with historian Patrice Dutil and Montreal business leader Michel Kelly-Gagnon.

If your organization would like to cover this event, please contact Mark Brownlee, communications manager, at 613-482-8327 x105 or email at mark.brownlee@macdonaldlaurier.ca.

Seeing the signs of domestic radicalization: Phil Gurski for Inside Policy