The warnings from our intelligence community and experts have been clear over the past several years: our democracy is under threat. 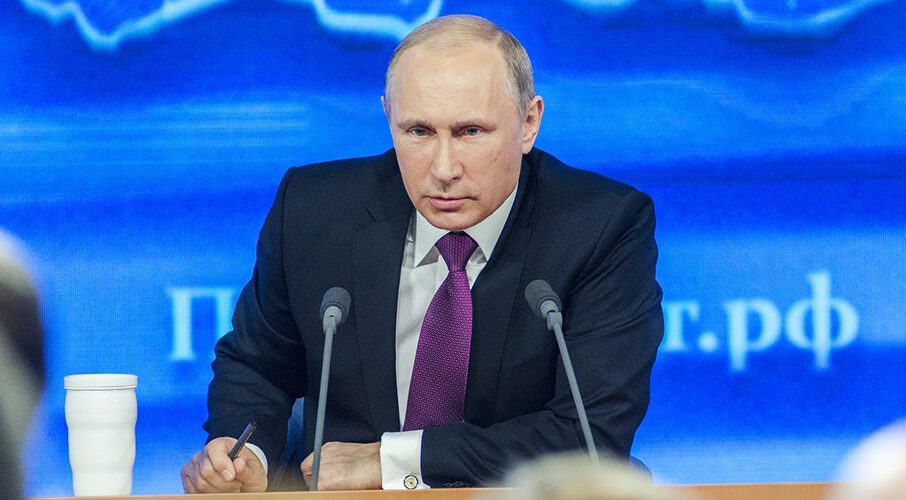 Despite repeated warnings about the threat of Russian and Chinese information warfare to Canadian democracy over the past years, policy-makers have done nothing to address it. We’re now seeing the consequences of our negligence, and we can no longer hesitate to defend ourselves against it.

The warnings bells have grown to a deafening din, yet we’ve chosen to maintain a dangerously narrow focus on foreign interference in our elections. Over the past 24 months, hostile foreign governments, and those aligned with them, have intensified their attacks on our democracy, leveraging the fear, uncertainty and anger that the pandemic has caused to divide us.

This is nothing new. The Russian government used vaccine hesitancy to manipulate western societies since 2014, when it published amplified anti-vaccination narratives targeting the left-leaning suburban families. Those campaigns were so effective that the WHO proclaimed vaccine hesitancy as the top global health threat in 2019, over a year before the COVID virus first appeared.

During the initial months of the COVID pandemic, the European Union and experts on information warfare warned the Russian government would exploit the crisis to intensify its effects and to “generate panic and sow distrust.” Indeed, Russian state media and their proxies have unleashed an unrelenting firehose of disinformation and COVID-related conspiracies that have provoked civil unrest from Berlin to Ottawa.

Ideologically agnostic, Putin’s only doctrine is power and the consolidation of it. He does not share any of our democratic values nor those of any of our mainstream political parties.

Over the past 22 years, he and the corrupt oligarchs who support him have robbed the Russian state and people blind. Russian incomes have not risen in over a decade and there is deep concern about corruption. Russia’s basic civil infrastructure hasn’t developed beyond the 1980s: in 2020 Russia’s chief auditor reported that one-in-three Russian hospitals lack running water.

To maintain the support of his people, Putin has created one crisis after another, from the 1999 apartment bombings to the new “genocide” in Eastern Ukraine. He manufactures enemies who conspire to suppress Russian power and the reconstitution of the Soviet Union. Russian propagandists vilify the LGBTQ community, NATO and Ukraine, even as Putin positions himself as a heroic leader who will save his people from the chaos of democracy.

Over the course of the pandemic, Russian state media and platforms aligned with it, including here in Canada, have aggressively published and amplified narratives that question the existence of COVID, the legitimacy of Canadian public health protocols and the safety of vaccines. These include wild conspiracy theories that claim “big pharma” is using the cover of COVID to inject citizens with poisonous substances masquerading as vaccines. The Russian embassy in Canada has directly published stories to promote hesitancy in western vaccines on its own website.

The trucker protests have been fuelled, in part, by this wave of disinformation. Riding on top of that wave are radical extremists who have injected themselves into the protests. Their caustic, anti-democratic messaging is now being legitimized and amplified by Russian state media.

In recent weeks, Russia state media coverage of the protests has provided an international platform for extremists, who have taken advantage of otherwise peaceful protests, calling for the removal of Canada’s government. This represents direct interference by a Russian government owned and controlled agency in Canada’s democracy. By legitimizing anti-democratic extremism, the Russian government is normalizing and promoting it. When Canadian elected officials promote Russian propaganda on social media and endorse it, they become direct participants in the Kremlin’s cognitive warfare against our democracy.

To defend ourselves against the growing and persistent threat of Russian, Chinese and Iranian information warfare and influence operations, all Canadian political parties must immediately support the creation of a non-partisan task force to defend our democracy. Sanctions should be placed on Russian and Chinese state propaganda outlets to prevent them from accessing our national cable, satellite and communications systems to pollute our information environment.

The warnings from our intelligence community and experts have been clear over the past several years: our democracy is under threat. It’s time for our government and Parliament to start taking those warnings seriously and begin developing the defensive cognitive tools to protect it.

What Russia's next moves will be, and how the West can stop it: Balkan Devlen in the National Post