Putin will try to create a wedge within the West and weaken our resolve. We cannot allow that to happen. 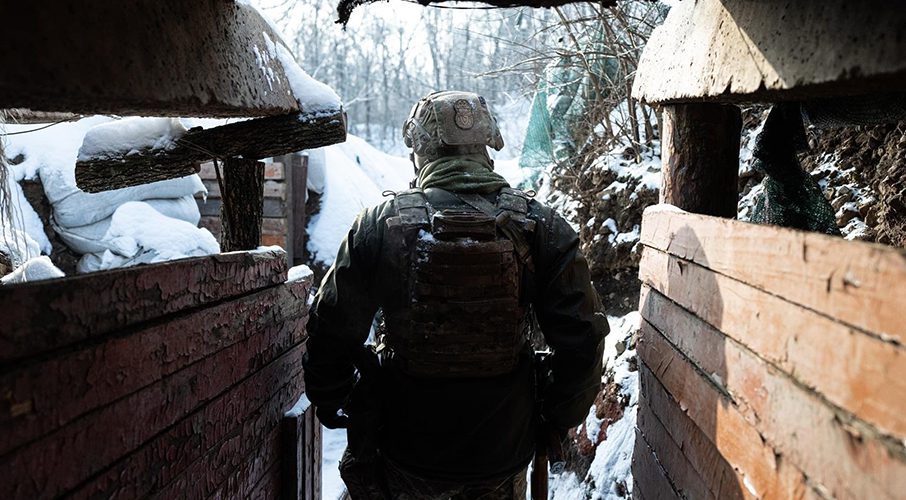 Russia has announced that it intends to recognize the puppet regimes in Ukraine’s Donbas region — the so-called People’s Republic of Donetsk (DNR) and the People’s Republic Luhansk (LNR). What does this mean for the current crisis and the potential for a full-scale invasion of Ukraine?

I do not think that the recognition of DNR and LNR was Russian President Vladimir Putin’s preferred option. He does not care about Russian-speakers in those regions any more than he cares about Russian citizens at home, who are subject to all the typical forms of authoritarian oppression. He very much would have liked to insert those puppet regimes into a weakened and federalized Ukraine as Trojan horses, ensuring the vassalization of Ukraine for the foreseeable future.

But after trying for eight years and escalating to the point of threatening a major war in Europe, he failed to coerce Ukraine into caving to Russia’s demands. So Putin is moving forward with recognition in hopes of creating new realities on the ground that will provide him with further leverage with Ukraine and the West.

Where might this be heading in the next few weeks and months? Three main scenarios are possible.

First, Russia recognizes all of the Donbas region, including the 60 per cent of it that is still under Ukrainian control, as independent, then attacks Ukraine to “reclaim” those territories for these newly “independent” republics, but does not go any further. Although a major but geographically limited conflict is possible in theory, once a war starts, it is very hard to know where and how it will stop. Therefore, there is a significant risk that this could evolve into scenario three, which is discussed below.

The second scenario is the same as the first, but without the push to conquer territory beyond the current line of control between Ukraine and the puppet regimes. By maintaining that the rest of the region is still under Ukrainian “occupation,” Putin would be able to de-escalate the situation and step away from the threat of full-scale invasion, while maintaining his options for further escalation in the future. In other words, this is his off-ramp from the immediate crisis, if he chooses to take it, and is the path that western powers may still pressure him to go down.

In the last scenario, Russia recognizes DNR and LNR but does not stop with that and invents a pretext, such as a fictional attack by Ukrainian forces, to further invade Ukraine beyond Donbas, with the aim of securing Kyiv’s capitulation to Russian demands. In this scenario, Russia’s recognition of the DNR and LNR is just the first step in a full-scale invasion of Ukraine. The aims of this war would most likely to be the vassalization of Ukraine rather than a full conquest, but either way, the consequences would be catastrophic for the Ukrainian people.

In other words, we are not out of the woods in terms of a possible full-scale invasion of Ukraine and a major war of aggression in Europe just yet. In fact, Putin’s recent speech arguing that Ukraine never really had “true” statehood and is an artificial creation of Vladimir Lenin points towards a darker future.

In terms of what Canada and its allies should do, three immediate steps suggest themselves.

First, dramatically increase weapon transfers to Ukraine, including air defence systems, to shore up Ukrainian defences. Arming Ukraine to the teeth so it can defend itself in a war of aggression is the right thing to do, both morally and strategically. The increase in troop deployments Canada announced Tuesday are merely a start.

Second, immediately impose Magnitsky-style sanctions against Putin and his cronies, including seizing the properties and bank accounts where Russian oligarchs stash their ill- gotten gains, as well as banning them and their families from entering and living in western countries. Canada and its allies should also announce targeted sanctions against Russian financial institutions and take the first steps toward cutting Russia off from international financial markets. This would send a powerful message about what kinds of consequences Putin can expect if he crosses the proverbial Rubicon. Measures already announced targeting only a handful of oligarchs and Russia’s sovereign debt won’t be enough.

Lastly, Canada should actively work with its NATO allies to ensure a united and cohesive western response to Russia’s recognition of those puppet regimes. Putin will try to create a wedge within the West and weaken our resolve. We cannot allow that to happen.

Balkan Devlen is a senior fellow at the Macdonald-Laurier Institute, where he leads the Transatlantic Program.