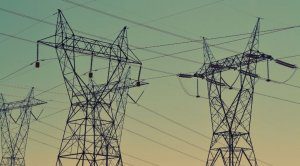 We need to accept that the world needs a reliable supply of oil and gas until we can build new energy infrastructure, but doing that quickly will take an immense amount of resources, writes Heather Exner-Pirot for iPolitics. Below is an excerpt from the article, which can be read in full here.

Europe is facing record-breaking energy prices this month, with no sign of relief. Natural-gas futures in the Netherlands have climbed by 450 per cent since last year, household electricity bills in Spain have doubled, and inflation in Germany has reached its highest level in 13 years. Power prices hit US$3,500 per MwH in the U.K. this week.

Much of the situation is a result of well-intentioned policies to phase out coal and nuclear energy and to reduce greenhouse-gas emissions, paired with investor pressure to stop financing new fossil-fuel projects such as gas-powered plants. But the practical consequences are significant. There are fears that, in the next winter cold snap, Europe won’t be able to meet its energy demands. A crisis is on the horizon.

All of this is a stark reminder for those of us in the developed world that energy security — having uninterrupted access to affordable energy — isn’t a given, even if governments have adopted policies that take for granted that it is. Although we’re undoubtedly in a climate crisis, it would seem logical to replace our fossil-fuel infrastructure before getting rid of it. That has not yet been the case.

As a result, we’re getting closer and closer to a 1970s-style energy crisis. Back then, OPEC members launched an oil embargo in retaliation against U.S. support for Israel in the Arab-Israeli War, resulting in the quadrupling of oil prices. This increase in the energy price led to a drop in GDP of 4.7 per cent in the United States, 2.5 per cent in Europe, and seven per cent in Japan — pandemic levels of economic decline as a consequence of political choices. The result was decades of American intervention and conflict in the Middle East to secure domestic energy supplies.