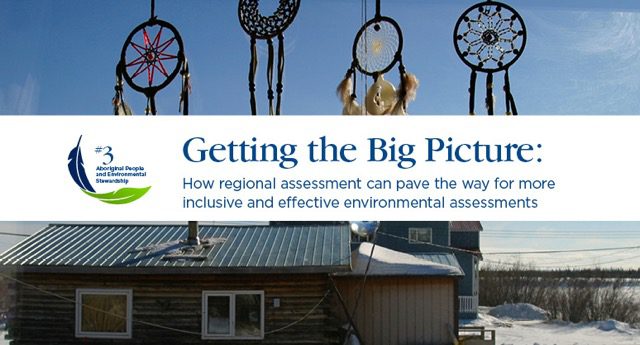 Environmental Assessment has been missing the big picture, writes Noble. A new process is needed to deal with cumulative development issues and Indigenous needs upfront, allowing for more efficient and effective reviews of individual projects 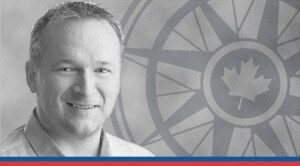 OTTAWA, June 29, 2017 – Many ordinary Canadians, business, governments and Indigenous groups find themselves frustrated with the current environmental assessment process for approving major natural resource projects. We have seen protests over numerous major proposed projects such as Kinder Morgan’s Trans Mountain pipeline, Enbridge’s Line 3, and the proposed Site C dam on the Peace River in British Columbia. And the federal government commissioned an expert panel to review the EA process which reported in 2017.

To read the full paper, titled “Getting the Big Picture: How regional assessment can pave the way for more inclusive and effective environmental assessments”, click here.

The real problem is that an environmental assessment for a specific project is a poor tool for addressing larger concerns such as downstream greenhouse gas emissions, impacts on Indigenous rights, the cumulative impacts of different industries on Indigenous territories, and other more strategic issues.Indigenous and other groups feel their concerns about such overarching issues aren’t being heard. As Fort Nelson Chief Liz Logan has argued, government is “basically refusing to look at the big picture of all the developments that are happening in all of our respective territories”.

“For many Aboriginal communities, there are much larger issues of concern on the table when a mine site, hydroelectric facility, or pipeline is proposed, such as whether resource development is even appropriate for the region”, writes Noble. 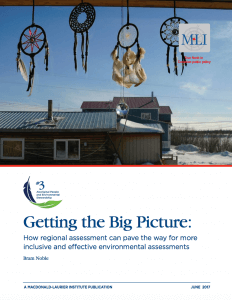 Instead he recommends creating a separate process to address more strategic concerns, and to allow project EAs to be more efficient and effective in helping determine the merits of specific project proposals for a mine or pipeline.

Regional assessment is about identifying and assessing the impacts associated with different land uses and types of development based on early and planning in co-operation with affected communities. It is an opportunity to set the direction for resource development in an entire region, such as Ontario’s Ring of Fire, the Western Arctic, or even areas that have seen considerable development to date.

In doing so, RSEA can address issues currently brought to the EA table that frustrate all parties involved. It would be an important precursor to meaningful and efficient project EA. If common regional issues are addressed upfront, we would see shortening timelines and fewer financial burdens associated with project-level reviews; the focus and intent of EA would be clearer and industry would not be expected to address broader planning issues such as Oil Sands development, that are not within the purview of their projects.

For governments, RSEA has the potential to facilitate early government-to-government negotiations about resource development before major project decisions are on the table and significant economic opportunities at risk.

“Unloading the expectations currently placed on EA to solve strategic and policy-level problems is essential to a focused and efficient project-review process; and establishing RSEA as a separate framework is fundamental to credible EA and to the meaningful engagement of Aboriginal peoples in the natural resource economy”, writes Noble.