in Columns, In the Media, Latest News, Richard Owens
Reading Time: 4 mins read
A A

Stronger intellectual property rights are entirely to Canada’s benefit, writes Richard Owens. It is time to move forward with building an IP strategy that serves our needs. 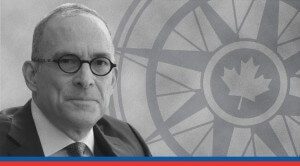 This op-ed builds on Owens’ MLI series “Defending Our Rights“.

Stronger intellectual property (IP) laws are critical if Canada is to have a more innovative, productive economy. The world saw a 500-per-cent increase in global charges for the use of IP from 2000 to 2015. IP, in the global information economy, is wealth.

Yet on annual indices of IP strength, Canada typically scores at the bottom of OECD countries, and very low on indices of innovativeness, too — no coincidence. We are the only OECD country besides South Africa to show a decline in R&D spending from 2004–14. And we received a “D” grade from the Conference Board of Canada for the number of patents filed relative to national population. As Jim Balsillie has pointed out, if we had fared as well as the U.S. in building an innovative economy in recent years, it would result now in another $100 billion annually in our economy. And what would secure those billions of dollars in value? IP rights would.

The 2017 federal budget calls for a new IP strategy for Canada. The call occupied only two short paragraphs in that budget, saying a new “intellectual property strategy” will be developed this year in order to “help ensure that Canada’s intellectual property regime is modern and robust and supports Canadian innovations in the 21st century.” Usually our IP laws change only in reaction to new treaty obligations; here is a chance to be proactive. Let’s seize it, but with due care and respect.

We must acknowledge that Canada has generally made its IP rights stronger over time. Apart from some terrible decisions in the recent Copyright Modernization Act, and some bad judge-made law, it continues to do so. We will see further improvements with the implementation of CETA and the TPP. But there is more work to be done.

Usually our IP laws change only in reaction to new treaty obligations; here is a chance to be proactive.

Insufficient protection of IP hurts trade. Canada, for instance, remains on the U.S. Trade Representative’s “special 301” report, a list of IP malefactors belonging more to the likes of Venezuela and China than an advanced economy like Canada. We deserve that censure and should address these unnecessary trade irritants.

We decry the lack of investment in pharmaceutical sciences in Canada, while having one of the worst environments, if not the worst environment, for pharma and life-sciences patents in the OECD. Our peculiar and heavy-handed “utility” requirement for patents has resulted in the invalidation of approximately 30 patents for drugs, patents which were valid in other jurisdictions. We have no patent-restoration term, to extend the life of a patent for delays in marketing approval for a drug. We have eight-years’ data exclusivity (during which a generic competitor cannot use an innovator’s proprietary data to seek market approval), instead of the standard 10. Unfortunately, while we talk a good game about innovation, we are half-hearted about it, particularly if we see rising health costs on the horizon.

It should be no surprise that most of Canada’s technology businesses are small- and medium-sized enterprises (SMEs). Technology businesses the sizes of BlackBerry and Nortel are few and far between in this country. And research clearly shows that SMEs rely more on IP rights than larger companies do, for a variety of reasons. They don’t have access to goodwill and economies of scope and scale like larger companies do. They rely on the assertion of rights to withstand often unprincipled competition from larger firms. Clear IP rights help SMEs thrive by facilitating contractual dealings — and, when necessary, infringement actions.

Another advantage of strong IP rights is that they greatly encourage foreign direct investment, which brings with it proprietary technologies which then disseminate through the economy, by licensing and worker training.

Stronger IP rights are entirely to Canada’s benefit. It is time to move forward with building an IP strategy that serves our needs.

Richard C. Owens is a Senior Munk Fellow at the Macdonald-Laurier Institute (MLI) and an adjunct professor at the University of Toronto Faculty of Law. He is the author, with Michael Robichaud, of a three- part study of Canada’s IP policy needs, published by MLI.