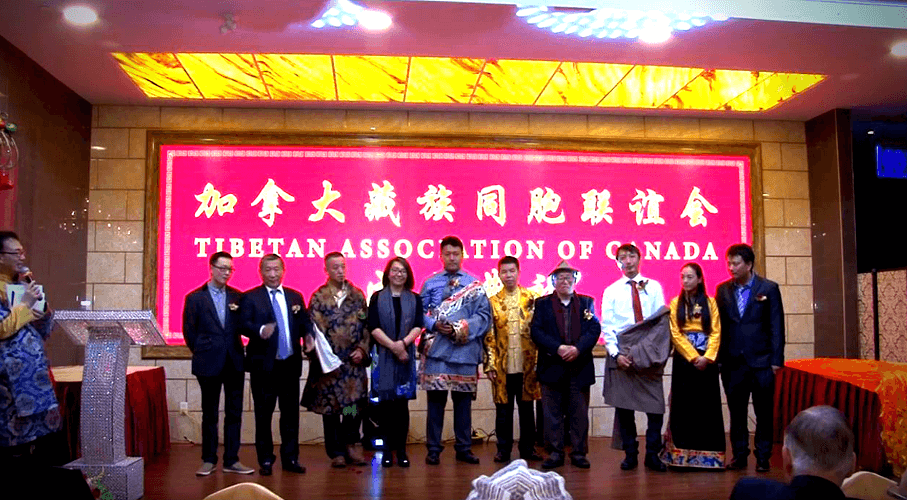 We should be vigilant against pro-Beijing non-profits that might be connected to Chinese influence operations, writes J. Michael Cole.

A new Canadian non-profit promoting Beijing’s policies in Tibet attracted media attention this week after the Prime Minister’s Office in Ottawa confirmed that a letter of support for the organization, allegedly coming from Prime Minister Justin Trudeau and circulated on social media, was fake.

Known as the Tibetan Association of Canada (TAOC, 加拿大藏族同胞联谊会, also known as the Tibetan Canadian Friendship Association), the organization, which echoes Beijing’s propaganda on Tibet, held its inauguration celebration in Toronto in April 20. A number of politicians, among them Toronto City Councillor Jim Karygiannis and Vincent Ke, a Conservative member of the Ontario legislature, attended the event. According to the Globe and Mail, Karygiannis claims he decided to attend after receiving invitations “from various groups.”

Chinese-language media have reported that the non-profit claimed that Minister of Immigration Ahmed Hussen had also sent a letter of support, which the minister’s office subsequently called out as a fake. While TAOC has claimed that they have nothing to do with the hoax, legitimate questions can be raised about these fake letters and the nature of this group.

The People’s Republic of China has occupied Tibet since 1950 with a form of rule that has severely curtailed religious and political liberties.

The use of non-profits that toe the Chinese Communist Party (CCP) line abroad, and which in many cases are believed to be receiving directives from local Chinese embassies or consulates, is nothing new. Such fronts exist worldwide, and their ostensibly benign nature as civic groups has been a crucial component in their ability to approach politicians who, quite understandably, are unlikely to be familiar with the fine details of complex issues such as China’s claims on Tibet, Xinjiang, Taiwan and Hong Kong – all of which, I should add, are part of Beijing’s so-called “core interests.” A telltale sign that someone is probably interacting with a Chinese United Front organization is the presence of terms such as “peaceful,” “friendship” and “unification” in the entity’s name.

Elite capture, the co-optation of influential figures, and photo ops with politicians serve to legitimize Beijing’s claims abroad. This is a longstanding M.O. of United Front organizations. Most of those organizations have some ties with the CCP’s International Liaison Department, the Central Propaganda Department, the State Council’s Overseas Chinese Affairs Office, or the PLA-linked China Association for Friendly Contact (CAIFC).

The Confederation of Toronto Chinese Canadian Organizations (CTCCO), which helped organize the TAOC gala on April 20, has been “lavishly praised” by the Overseas Chinese Affairs Office in the past for its work promoting Beijing’s claims over Tibet as well as efforts to establish a branch of the Confucius Institute at the Toronto school board. It is known to have worked with the Chinese government.

Various organizations involved in cultural exchanges, as well as academic institutions, business councils and corporations, are also known to have played a role in such efforts worldwide. In some instances, civic organizations appear to be acting on an ad hoc or spontaneous basis, with little if any input from the Beijing government or the CCP.

Disinformation, misinformation and propaganda are also tools which have been used repeatedly by such organizations. Disinformation is used to create confusion, foster divisions within a targeted community, and to shape the environment in Beijing’s favor. Social media – e.g., Facebook, WeChat – are used for “information flooding,” a technique which has been used to amplify Chinese government propaganda (for more on this, see Margaret E. Roberts’ excellent, Censored: Distraction and Diversion Inside China’s Great Firewall (Princeton: 2018, pp. 190-222).

Both human agency and automation are believed to be involved in the spread of “fake news” online, suggesting a modicum of coordination on the part of the CCP. Taiwan’s experience with United Front efforts has shown that hundreds of Facebook pages representing a mixture of real civic entities and fake ones, along with Line and other social media accounts, often simultaneously share the same information about events or “fake news” seeking to undermine trust in the Taiwanese government or the country’s economy, democratic institutions and so on.

Various seemingly legitimate online web sites, known as “content farms” or “content mills,” also serve to inject disinformation into the media bloodstream of a targeted society. (It’s possible that this might the case with the Chinese-language outlet, which had reported on PM Trudeau and Minister Hussen’s congratulatory letters.) City Councillor Karygiannis’ claim that he received invitations to attend the TAOC gala from a number of organizations suggests a similar M.O. – that is, the use of multiple sources to “legitimize” an entity.

Disinformation – such as the fake letter of support from PM Trudeau – has also been used to distract and overwhelm targeted governments by compelling them to debunk a claim. When used repeatedly, this tactic provides a low-cost and asymmetrical means by which to sap the resources of one’s opponent. Producing lies and spreading those on the Internet is a simple matter; government responses thereto require chains of approval involving a large number of employees.

An additional problem in the Internet age is that by the time a government issues a clarification on a piece of disinformation, the original meme will have spread across an entire targeted society through sharing, and may even have been picked up (and thereby legitimized anew) by traditional media outlets. As a result, after-the-fact corrections and clarifications can only go so far in dispelling the effects of disinformation. Thus, PMO corrections notwithstanding, we can assume that a substantial number of people will continue to believe that PM Trudeau and Minister Hussen did indeed write letters of support for the TAOC.

When an environment becomes flooded with disinformation, even official responses and denials become suspect, and the objective truth suffers. When there is no truth, emotions and one’s preconceptions assume primacy, all of which are then reinforced by the information one receives from preferred media outlets and social media sources.

Beijing’s political warfare efforts abroad are aimed at defending the CCP’s “core interests.” Besides the propaganda and co-optation aspects of such activities, these efforts are also intrinsically related to Beijing’s attempt to split diaspora communities – chief among them Tibetans, Uyghurs, Taiwanese and Hong Kongers.

In an interview in Taipei earlier this year, Dawa Tsering, Representative of H.H. the Dalai Lama, highlighted recent behavior by the CCP targeting Tibetan communities abroad. It is easy to imagine that Tibetans in Canada – and by rebound, Canadian society – may also have become the object of similar operations.

Surveillance by the Chinese government will definitely become a more serious problem in the future, because that, too, is part of their long-term plan – especially in the period post-current Dalai Lama. They rely on several tactics to conduct surveillance. One is using money and other kinds of temptations. Another one is to threaten them with violence, to intimidate them. They use this to interfere in elections of the Tibetan government in exile, and also to undermine unity among Tibetans. That is the biggest problem facing the Tibetan community today.

Tibetans have also been co-opted by the Chinese government in countries like Switzerland, Australia and the United States. Those have been involved in spreading CCP propaganda at various events. Others have also taken various actions to spread discord within the Tibetan community. That is a relatively new phenomenon and we need to find solutions to address this challenge as this risks becoming a serious problem for us.

According to the International Campaign for Tibet, of the Tibetans present at the April 20 gala, all were “individuals publicly known to be involved with China’s United Front Work Department (UFWD), as well as Chinese consulates in New York and Canada.” On April 23, six established Tibetan Canadian organizations representing Tibetans in Ontario, Quebec, Alberta and British Columbia also released a joint letter explaining that the TAOC does not represent Tibetan Canadians.

These warnings should serve as an important reminder to be wary when dealing with non-profits that claim to represent the interests of repressed groups like the Tibetans, but in reality might serve the interests of the state that is repressing them.

Michael Cole is a Taipei-based senior fellow with the Macdonald-Laurier Institute, senior fellow with the Global Taiwan Institute in Washington, D.C., and assistant coordinator for the International Coalition for Democratic Renewal-Forum 2000 China Working Group. He is a former analyst with the Canadian Security Intelligence Service in Ottawa.