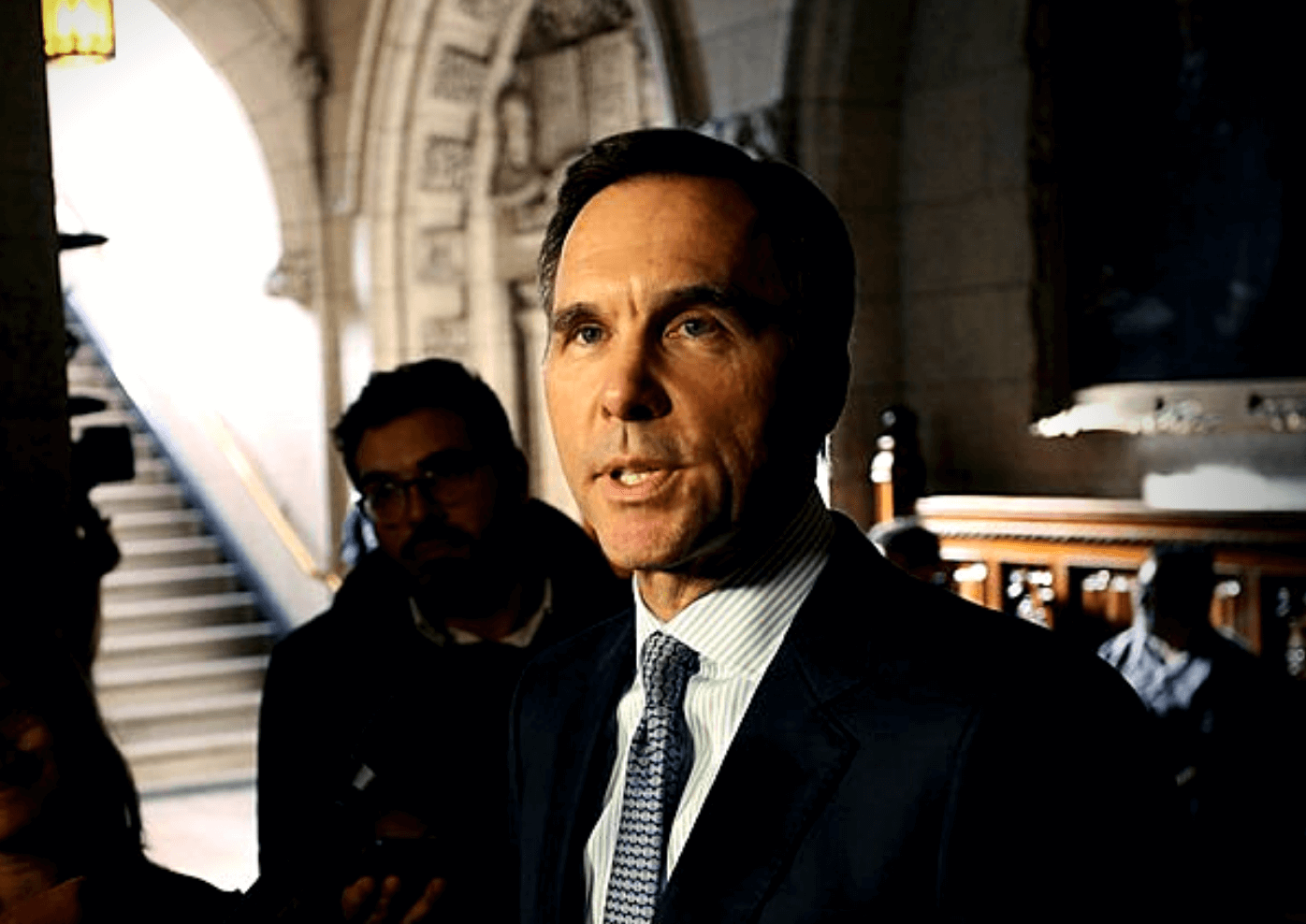 In its Fall Economic Statement, the government now anticipates perpetual deficits with no return to budgetary balance on the horizon, writes Sean Speer. This situation is bound to get worse before it gets better.

Tuesday’s Fall Economic Statement confirmed what some of us have suspected for some time. The Trudeau government’s deficit spending isn’t informed by theory or facts. It isn’t about infrastructure or growth-enhancing “investments.” It isn’t temporary. And it’s likely to climb further.

Notwithstanding its commitment to run “modest short-term deficits,” the government is now poised to end its four-year mandate with a higher deficit than it recorded in its first full year in office.

Talk of “return[ing] Canada to a balanced budget in 2019” has been conspicuously discarded. It’s since been replaced with vague promises of “carefully managing deficits over the medium term” as columnist  Andrew Coyne rightly picked up on for its unseriousness.

Still the government’s supporters point to the debt-to-GDP ratio and other proof-points as evidence that criticism is overstated. Are they correct? I don’t think so.

Others can debate the politics of the Liberal Party’s broken promises on the magnitude and duration of the government’s deficit spending. That it’s now twice the size and at least double the duration will doubtless be part of the impending election campaign. Voters will ultimately render their political judgement in October 2019.

The more important question, it seems to me, is the fiscal implications of the government’s policy choices and what they may mean in the short- and medium-term.

Let me start by postulating that most readers agree that, as a general rule, governments shouldn’t run budgetary deficits. There may be exceptions for extraordinary circumstances such as economic downturns, war, or similar unplanned scenarios. But few voices – and the Liberal Party in the 2015 campaign was no exception – tend to argue in favour of perpetual deficit financing. It’s notable for instance that the Liberal platform specifically committed to “end the Harper legacy of chronic deficits.”

Assuming that most agree that “chronic deficits” ought to be avoided, the Fall Economic Statement moves in a decidedly opposite direction. It anticipates ongoing deficits including a $11.4 billion deficit for 2023-24 in the final year of the fiscal planning period. A return to budgetary balance is indeterminate.

Mr. Harper’s government, by the way, ran budgetary deficits for six years in large part due to a devastating global recession. Mr. Trudeau’s is on track to  record deficits for eight years and counting during a period of sustained economic growth. But I digress.

Minister Morneau and others are now insisting that “chronic deficits” aren’t a cause for concern. They’re wrong for two reasons.

The first is politics. Economists who diminish the risks to Ottawa’s budgetary position need to recall their lessons in Public Choice theory. The political economy of budgeting will invariably put pressure on government spending and the projected deficit – particularly as we approach the election. Think of it this way. Program spending grew, on average, by 6.3 percent annually in the government’s first three years. It’s currently projected to grow by an average of 2.8 percent in the next two. Does this seem plausible in light of the impending election and the invariable spending pressures such as pharmacare that the government will face? No.

Especially since its budgetary projections in those years are already growing. The Trudeau government’s 2018 budget projected program spending in 2018/19 was $312.2 billion. It’s now set for $320.2B billion and the fiscal year isn’t over yet. This amounts to, as my former Fraser Institute colleagues have pointed out, a $8-billion spending increase in a mere six months.

And political and special-interest pressures are only going to mount as we approach the election campaign. Past MLI research finds a consistent trend in favour of higher program spending in election years. This trend is known in economics and political science circles as the “political business cycle.” Our research finds evidence of it in Canada. Pre-election spending has tended to increase, on average, by 7.8 percent over a forty-year period. This would put considerable pressure on the government’s projections in 2018/19 and 2019/20. The result would be higher spending, and, all things being equal, higher deficits.

The second is economics. The Canadian economy is near the top of the business cycle. The case for deficit-financed fiscal stimulus in the current economic context is weak. But it’s worse than that. Current fiscal indiscipline only erodes our capacity to face future challenges, including (but hardly limited to) an economic downturn.

A recent estimate, for instance, finds that an economic slowdown similar to the one that Canada experienced in 2000/2001 would cause the deficit to hit nearly $50 billion due to lower revenues and higher spending on employment insurance and other counter-cyclical benefits and programs. A major economic contraction similar to the 2008/2009 global recession would have an even more marked effect. And that’s before any further “stimulus” spending that would invariably follow.

The result, of course, would be longer and larger deficits. This is the inherent risk of “carefully managing deficits.” Politics tend to erode the carefulness. And economics tends to undermine the management. The cumulative effect is that policy-makers can lose control of their fiscal choices for a time.

Make no mistake: the Trudeau government isn’t the first to think itself capable of “carefully managing deficits over the medium term.” Several have tried. But virtually all – including the previous Trudeau government – have failed. Why? The confluence of politics and economics are simply too strong.

Are we facing a fiscal crisis? No, of course not. But that’s the wrong question. The right one is whether Ottawa’s budget is well-positioned to handle the inexorable political and economic pressures that it will face in the coming months and years. The answer is a lamentable no.

The Minister’s speech remarked that “managing a federal budget calls for some tough choices.” The sentiment is certainly correct. It’s just not clear that he and his government have internalized it. Ongoing, perpetual deficits are the result. And they’re bound to get worse before they get better.

Canadians should be concerned about fighter jet replacement process: Richard Shimooka in the Hill Times