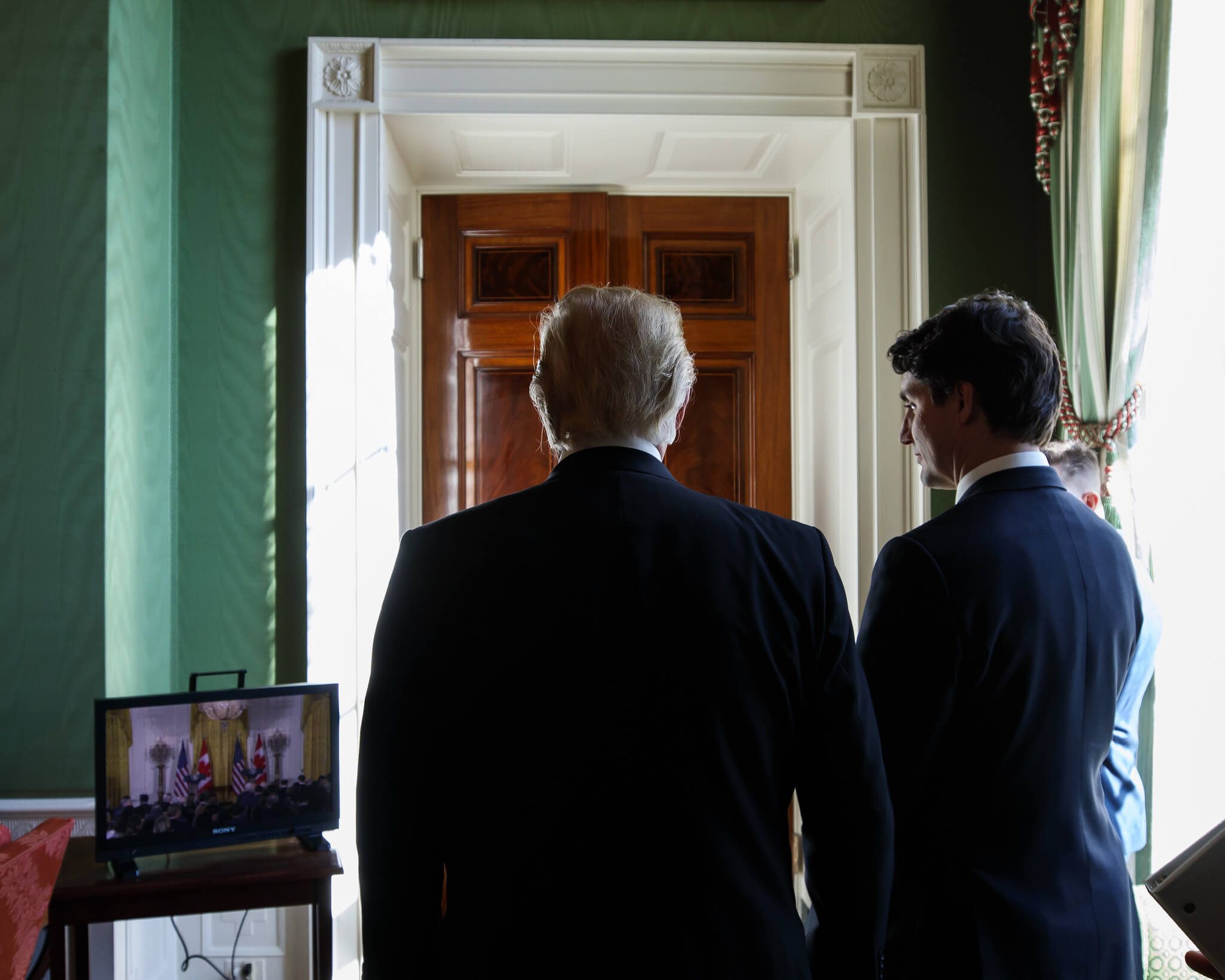 Washington may test the patience of Canadian officials charged with bilateral engagement, but no two countries are more closely aligned on security and economic issues than Canada and the United States, writes Laura Dawson.

A week has passed and armchair quarterbacking the U.S. midterms is no longer Canada’s favourite pastime.

So what’s next? A Democratic majority in the House suggests some of the content of the final United States-Mexico-Canada Agreement (USMCA) might change but the deal as a whole will be grudgingly accepted by the House Democrats after the addition of certain custom flavours such as strengthened labour provisions. Also, most chapters of the USMCA look an awful lot like the Trans-Pacific Partnership so the Democrats will have a hard time justifying the rejection of a deal that is so similar to an agreement they themselves launched in 2011 and endorsed in 2016. But the reality is that changes in Congress will have little effect on Canada-U.S. relations.

The biggest thing that Canada needs from the U.S. right now is relief from the destabilizing effects of the U.S. national security tariffs, but the only way Congress can provide this is through the slow process of stripping U.S. President Donald Trump of his right to impose them – the only tariffs that are under his exclusive authority. Meanwhile, the Section 232 provisions will continue to be a burden to both foreign allies and U.S. businesses.

Maybe Canada should take advantage of this newly rebranded, best-ever, North American relationship. A year ago, the narrative from the White House maintained that Canadians were cheaters, Mexicans were criminals, and NAFTA was the worst trade agreement ever negotiated. With the conclusion of the USMCA talks, the new White House message is that Canada and Mexico are America’s closest friends, and we are all joined together by the best trade agreement on Earth.

An interesting side effect of this rebranded relationship is that it opens the door for Canada to join Team America, potentially a powerful new vehicle for North American co-operation but one in which the Trump administration is clearly in the driver’s seat.

After 13 teeth-grinding months of NAFTA/USMCA negotiations, Canadian officials would be forgiven for wanting to take a break from more engagement with the U.S. But if Canadians are willing to put a smile on their faces and a proposal in their pockets, they could launch a number of co-operative initiatives with U.S. departments and agencies at the working level (i.e. not requiring Congressional actions) that could generate real economic and security gains. Key areas for co-operation include streamlined border procedures for passengers and cargo, a 21st century approach to skills recognition and work force development, a competitiveness-oriented approach to energy infrastructure, and e-commerce rules that encourage innovation, support SMEs and protect consumer rights.

In the security realm, Canada and the U.S. have real and immediate choices to make about the future of NORAD in a world of expanding threats. And whether the two countries work together inside of NORAD or out, there needs to be a robust, integrated mechanism for dealing with cyberattacks.

Unlike trade agreements, which the President has made no secret of disliking, these types of co-operative initiatives appeal to his stated preferences of regulatory red-tape reduction, lower-cost business environment, and a strong military.

And while we’re at it, individual projects are good, but institutional frameworks with political clout and resources to sustain momentum are better. The Obama-Harper Regulatory Cooperation Council set up to reduce unnecessary regulatory duplication for traded goods has transitioned well to new leadership. The Beyond the Border project was not so lucky. Launched in 2011, it was intended to streamline the cross-border movement of goods and people while ensuring the security and integrity of the North American perimeter. With neither Mr. Trump nor Prime Minister Justin Trudeau recommitting to a Beyond the Border 2.0, its constituent projects such as airport preclearance and customs facilitation were forced to make their own way through the labyrinth of government processes, hobbled by lack of high-level leadership and resources.

If Canada engages with the Trump administration on any new co-operative initiatives, Canadian officials will (as ever) have to do most of the preparatory work for both sides. And if any of these go badly, Canadians could again be the subject of negative presidential tweets.

Is it worth it? Absolutely. No two countries are more closely aligned on security and economic issues than Canada and the United States. At the first sign of threat to our shared territory, our military commands are fully integrated; and, despite diversification efforts, the U.S. still buys nearly 20 times more Canadian products than Canada’s second largest export market.

Yes, the Team America option that will test the patience of Canadian officials charged with bilateral engagement, but it will ultimately leave Canadians more secure and more prosperous during a period of escalating global volatility.

Laura Dawson is a Munk Senior Fellow at the Macdonald-Laurier Institute and is the director of the Canada Institute at the Wilson Center in Washington.