Per capita economic growth has stalled: Jack Mintz in the Financial Post 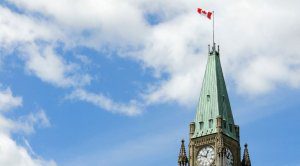 Lagging investment, stalled innovation are flatlining Canada’s economic growth and causing immeasurable harm, writes Jack Mintz in the Financial Post. Below is an excerpt from the article which can be read in full here.

The 2020 pandemic year has brought more than just a plague. It stopped Canada’s economy dead in its tracks. What’s even more surprising, though, is that we have just gone through the worst five-year period for per capita economic growth since the Great Depression.

After the initial shock of the Great Depression, good years always more than made up for bad so over any five-year period growth was always positive. Not any more.

The pandemic obviously wreaked havoc on hours of work and personal income (excluding debt-financed government transfers, which dropped like manna from the heavens). But since 2015, the only decent year for real per capita GDP growth was 2017, at 1.94 per cent. In each of 2016, 2018 and 2019, growth was around zero (and in fact below it in 2016, at -0.14 per cent). Add in a 2020 so terrible it swamped the previous four years and the overall decline in per capita GDP is no surprise.

Ep. 58 – Canada and the Indo-Pacific with Jonathan Berkshire Miller and Brett Byers