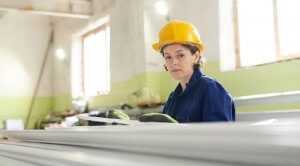 COVID-19 has affected the population unequally, hitting already marginalized groups harder – and the same is true for the labour market, although there are signs of hope on the horizon, writes Linda Nazareth in the Globe and Mail.

COVID-19 has affected the population unequally, hitting already marginalized groups harder – and the same is true for the labour market, although there are signs of hope on the horizon.

Now that vaccines have arrived, many are anticipating that the pandemic may be in its final stretch – if all goes well, within months many will be jabbed in the arm and deemed safe to go back to work, while their kids head to school. By the time that we get to that point, however, how much will have changed – particularly for women? COVID-19 has affected the population unequally, hitting already marginalized groups harder – and the same is true for the labour market, although there are signs of hope on the horizon.

There is no doubt the pandemic has had a marked impact on working parents – and in particular on working mothers. Although the circumstances differ by province, new lockdown measures have forced many families into a haphazard attempt at home-schooling done concurrently with parents’ full-time jobs.

In many cases, something has to give – and during last year’s lockdowns, that resulted in an impact on women’s participation in the labour force. Between February and May of 2020, 714,500 women at the ages of 15 and over left the labour force, meaning they were neither employed nor looking for work. Since then, they have slowly returned – by December, the female labour force was back within 43,000 of February’s level. In contrast, male labour force participation slipped the first few months of the pandemic before starting to rise, and as of December was back to its prepandemic level.

The industry data actually tell the story of what is going on – or rather two stories. The first is women in industries hit hard by the pandemic are the ones who have exited en masse from work. In retail sales, for example, there were 20,700 fewer women in the labour force in December, 2020, compared with December 2019 – perhaps not surprising given lockdown closings.

However, over the same period, the number of men in the retail labour force grew by 9,900. At least some of the explanation for the decline seems to be that women with children are not looking for work until things open up – in contrast to men, who have not dropped out entirely.

It is a very different situation in other sectors, particularly those where incomes tend to be higher and jobs can be done at home. In the finance and insurance sector, for example, women have not lost their jobs since the pandemic. In fact, they have gained jobs in that industry, with employment up by 61,000 in the year ended in December, with women gaining the lion’s share of those jobs – 42,600 to 18,800 for men.

In professional, scientific and technical services, employment is up by 60,600 over the year, with men gaining 31,800 jobs and women 28,900. It may well be that women in those sectors are stressed and finding it difficult to do their work while juggling competing priorities, but it nevertheless seems they are not quitting those jobs. Over all, the female labour force in finance and insurance is up by 52,000 in the year ended in December, while in professional, scientific and technical services it is up by 45,000.

So will the economy – or maybe just women – be forever damaged by this pandemic? The answer to both is hopefully no, although with some caveats. If history repeats itself, women with kids at home who were working in shuttered industries will likely drop out again in the months ahead. Of course, it’s possible some of them may not return to the labour force – but the evidence so far suggests that is not likely to be the case. We know, for example, that when school opened in September, women’s labour force participation rose sharply, suggesting many women who had left work did want to return and did so as soon as they could.

A more serious problem would occur, however, if the industries that laid off women do not recover and provide jobs for them even after COVID-19 is vanquished. A spate of closed restaurants, after all, will mean fewer jobs for wait staff, and retail bankruptcies would mean no sales jobs for anyone to return to after lockdowns.

Longer term, in fact, younger millennials and Generation Z women may find themselves in a better place to combine work and family life as a result of the pandemic. A November report by RBC Economics found labour force participation had dropped sharply among women in their early 20s as this group chose to attend postsecondary education at a much higher rate than their male counterparts, suggesting they are setting themselves up for better career prospects down the line.

As well, this group will likely benefit from the fact that for the first time, North America is grappling with the idea of letting people work remotely on a large scale. In some cases, it is working well enough that employers will continue with some kind of hybrid work model going forward, giving their staff more options when it comes to combining work and family priorities.

Although older millennials with children may also benefit from flexible work policies, for the moment that group is getting squeezed as they deal with the competing priorities of work, schooling and child care – all from the (dis)comfort of their own homes. There is not a lot that public policy can do while health measures are being observed, leaving it up to employers to accommodate workers as much as is feasible.

For the other group of women – those who have actually lost jobs and temporarily stopped looking for work – the best policy response would be to roll out the vaccines, support the economy through monetary and fiscal policies and perhaps boost support to industries that have been hard-hit by the pandemic. That is the only thing that will get business activity back to something approaching normal – and ultimately what will help women (and men) rebuild their economic lives.

Linda Nazareth is host of the Work and the Future podcast and senior fellow for economics and population change at the Macdonald-Laurier Institute.

Per capita economic growth has stalled: Jack Mintz in the Financial Post

Without a vision from government, the CBC’s licensing hearing is futile: Peter Menzies in the Globe and Mail

Without a vision from government, the CBC’s licensing hearing is futile: Peter Menzies in the Globe and Mail