If we want economic growth and sustainable budgets, governments should hold the line on spending and not increase taxes. 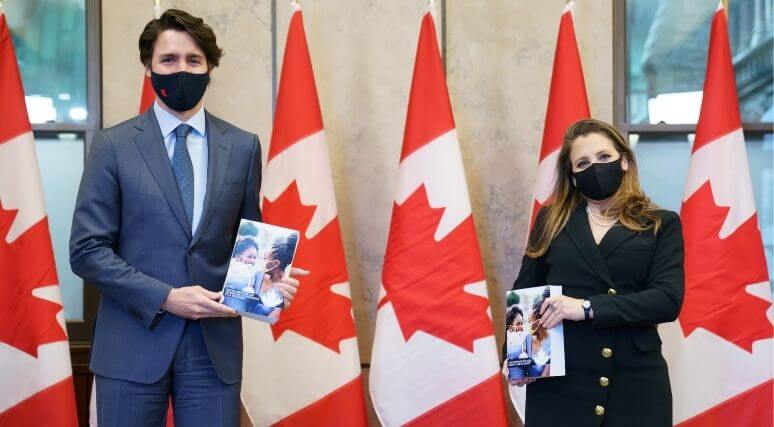 With so much attention being paid to Ukraine, it’s easy to miss other important news. In its most recent Fiscal Monitor, Finance Canada reported the federal government ran a $3.6 billion surplus in December. Hallelujah! Thanks to a robust economic recovery and our sky-high inflation tax, revenue is pouring in. That means budgets are getting closer to balancing.

Overall, the nine-month federal deficit (April 1st to December 31st) was $70.1 billion, only slightly more than where it was September 30th ($68.8 billion). That means the federal government almost balanced its budget in third quarter of this fiscal year, running a deficit of only $1.3 billion. Finance Canada is still predicting the deficit will double over the final quarter to $144.5 billion. But unless there’s a massive spending blowout during the next three months that does seem unlikely.

And it’s not just Ottawa that’s moving closer to budget balance. Alberta expects to be back in the black next year after its deep deficit of $17 billion in 2020/21. So does New Brunswick, as Tuesday’s provincial budget forecast. In its recent budget, B.C. almost balanced for 2021/22 (missing by only $483 million). It predicts much larger deficits in the next two years, but that’s on the far-fetched assumption its revenues fall. Quebec announced Tuesday its deficit this year is only $3.9 billion and should be gone in two years…

After decades of timidity, can Canada’s allies still take us seriously? Christian Leuprecht and Bruno Charbonneau in the Globe and Mail