Rather than simply prolonging addiction, Canadian policy-makers need to ensure that we are helping vulnerable people get their lives back. 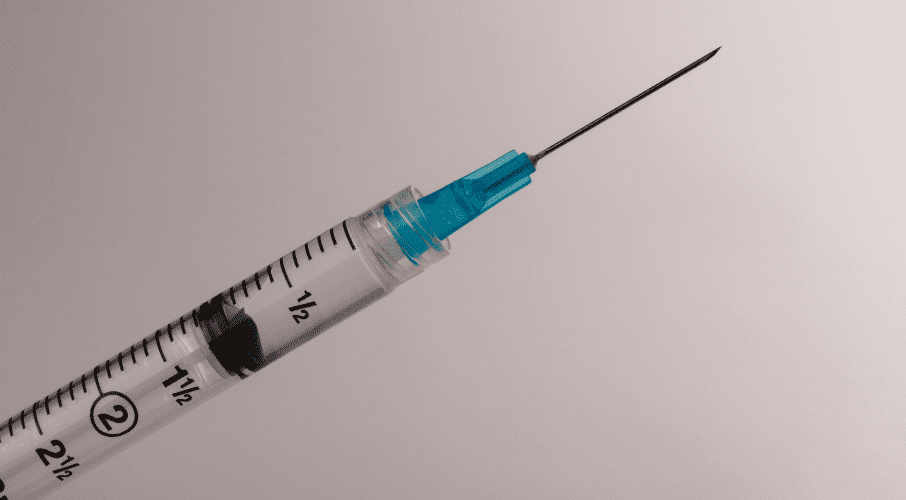 Canada is in the grip of a devastating opioid epidemic. As a resident physician who has followed the issue since the beginning of my medical career, I can see that a more robust debate is urgently required in light of the growing momentum of the so-called “safe supply” approach to managing this crisis.

The 2021 federal budget has allocated over $60 million  towards implementing 17 different safe supply projects in multiple provinces. British Columbia’s Ministry of Health and Addictions estimates that over 12,000 Canadians have been prescribed highly potent opioids using this approach, which is premised on ensuring that drug users are provided with “cleaner” drugs by governments in the hopes that it will eliminate their reliance on “dirtier” illicit street drugs.

This is a deeply concerning development in Canadian drug policy. The increasingly blind adoption of “safe supply” as a sound, if not the only, policy approach is far from an evidence-based public health intervention. Instead, it is rooted in a misguided ideology which denies that drug use in the setting of addiction is intrinsically harmful. In fact, safe supply is a radical form of harm reduction, one that has pushed this amoral view far beyond its proper limits.

It is worth examining some of the claims made by safe supply advocates and the evidence used to support their claims.

Safe supply backers argue that providing high doses of medical-grade opioids to severely addicted drug users will help them stop using street-acquired fentanyl. Advocates say the users will be at a lower risk of death as their opioids are medically administered and therefore “safe.”

But for anyone remotely familiar with the nature of substance addiction, this idea should be met with great skepticism. The defining feature of addictions is the inability to control one’s substance use. When one is addicted, gradually increasing tolerance and escalation of use is all but inevitable. The assumption that a regular fentanyl user will have their drug cravings satisfied with comparatively less potent medically prescribed opioids is highly questionable.

Preliminary evidence regarding safe supply interventions is sparse, but what does exist confirms what we would expect: the vast majority of those prescribed a safe supply continue to also use illicitly acquired fentanyl.

During an April 2020 podcast interview, Dr. Tyndall shared the early results of his experiment enrolling severely addicted fentanyl users onto his vending machines.  “I put 15 people on the machine,” he said. “We did follow-up urines on everybody and 90 percent still have fentanyl in their urine. I think they’re using the drugs that I gave them, for many it’s not enough, for some, they still want to buy something.” These early observations should cast doubt on the basic claim that safe supply will prevent severely addicted drug users from continuing to use street fentanyl.

Two Canadian studies completed in Vancouver, the North American Opiate Medication Initiative (NAOMI) and the Study to Assess Longer-term Opioid Medication Effectiveness (SALOME), are often cited by safe supply proponents as evidence for the safety of prescribed heroin and hydromorphone in the setting of severe addiction.

Inconveniently for safe supply proponents, these studies do not meaningfully inform the practice of safe supply. NAOMI and SALOME examined the effects of administering high doses of heroin and hydromorphone to severely addicted patients under highly monitored conditions – a stark contrast to the relatively free distribution of opioids that occurs in real-world safe supply programs. Both NAOMI and SALOME simply found that heroin and hydromorphone, when compared with standard methadone protocols, reduced illicit opioid use and health care costs while increasing what’s euphemistically known as “treatment retention” (the unsurprising finding that a patient who struggles with opioid addiction is more likely to return to the clinic if offered high doses of opioids).

Importantly, both studies were conducted during a time when fentanyl was essentially absent from the drug supply. Yet even under these ideal, fentanyl-free conditions, neither study demonstrated a reduction in deaths from opioid overdose compared to methadone.

Other more recent studies that superficially appear to validate the practice of safe supply present data in a disingenuous manner, clearly calculated to maximize the political cachet of the safe supply approach.

As an example, consider a report published in January 2022 by the London InterCommunity Health Centre, titled Safer Opioid Supply Program. Over a one-year period, this study tracked nearly 250 patients who were given daily doses of oral hydromorphone as a safe supply. The clinical lead, Dr. Andrea Sereda, is a safe supply pioneer in London, Ontario.

In their published report, available to the public, the study’s authors boast of a “94% treatment retention” rate as evidence of the program’s success. Again, that many severely addicted patients returning more frequently to the clinic when offered high doses of medical grade opioids is unsurprising.

But what of that other six percent who weren’t “retained” in “treatment”? The published report vaguely states that 16 patients are “no longer enrolled,” but what exactly does that mean?

It was only during a webcast to launch the report that Dr. Sereda, when asked directly, acknowledged that some of those “no longer enrolled” had died from fentanyl overdoses or from infections acquired from injection drug use. Others were incarcerated or moved into long-term care facilities. The exact number remains unclear, as the report’s authors give no further information.

Patients were not just “no longer enrolled” — some were dead. The report made no mention of that. Obviously, this creates an incredibly misleading picture of the safety and efficacy of the program.

This whitewashing of data is a serious problem, but these tactics are frequently successful. Journalists often take such reports at face value, then write articles supportive of safe supply to be absorbed by the wider Canadian public. In this way, a dangerous and misguided intervention gains broader social acceptance.

People struggling with homelessness and addiction deserve much more than a steady supply of opioids, and safe supply simply undermines what should be the central focus of our drug policy: to free drug users from the mental prison of addiction.

Recovery is possible for nearly everyone, but to get people there, we need a strategy that fosters the drug user’s sense of agency, purpose, and self-esteem. To achieve this, Canada can learn much from other countries who have progressively confronted these issues.

Portugal, for instance, decriminalized small amounts of drug use and invested heavily in treatment programs that aim to truly rehabilitate the individual. Under its approach, those who struggle with addiction are proactively directed towards meaningful treatment that is readily available and is publicly funded. To quote one of the architects of the highly praised Portuguese system, “our first goal is to help people resume their dignity. That’s the most important thing: To give them the self-esteem that they’ve lost.”

This is more than an academic debate. Thousands of lives are at stake. To save them, Canadian policy-makers must step back from the rush towards safe supply and ensure that, rather than simply prolonging addiction, we are helping vulnerable people get their lives back.

Jeremy Devine is a psychiatry resident at McMaster University.