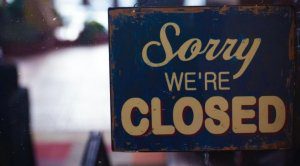 The Trudeau government seems to have little understanding that favouring households over businesses is short-sighted and ultimately futile: in the end, most workers need a company to go back to work for, writes Philip Cross in the Financial Post. Below is an excerpt of the article which can be read in full here.

It is too early for a detailed evaluation of the emergency relief programs the federal government introduced in the initial panic surrounding the coronavirus pandemic. But we can already assess the broad outlines of the aid it has offered to households and businesses. As is often the case, reflexive responses in a crisis reveal underlying biases — in this case the government’s indifference and even hostility to many businesses.

Households clearly have been the main beneficiaries of emergency government aid. The Department of Finance estimates the $65.3-billion increase in government transfers to households substantially exceeded the $44.6-billion loss of wages and salaries in the first half of 2020. Higher transfers more than compensating for lower earned incomes in this way had the savings rate soaring to 25 per cent, according to Bank of Canada estimates for the second quarter.

The surge in government transfers to persons reflects the wide variety of aid offered, including: enhanced GST credits for low incomes; two rounds of hikes to the Canada Child Benefit; special payments to older Canadians receiving OAS and GIS benefits; generous stipends to students (even without the ill-fated $912-million Canada Student Service Grant program that included $500 million in grants that were to be funnelled through the government’s friends in the WE foundation); and, above all, the Canada Emergency Response Benefit (CERB). The CERB benefit of up to $2,000 a month with no questions asked led to a payout of $73.1 billion, more than double the government’s initial forecast of $35 billion.

The popularity of aid to households, which is most evident in the over-subscription to the CERB, stands in marked contrast to the tepid response of businesses to programs designed to help them survive the crisis. Most notably, take-up of the Canada Emergency Wage Subsidy (CEWS) was only $13 billion, far below the government’s forecast of $73 billion. This apparent lack of interest from firms reflects basic flaws in the design and implementation of the programs, not a lack of need for temporary help.

Measuring Health and Managing Health Care Routinely and in Pandemics: David Zitner for Inside Policy