For older workers, the pandemic employment plunge may be tougher to pull out of: Linda Nazareth in the Globe and Mail 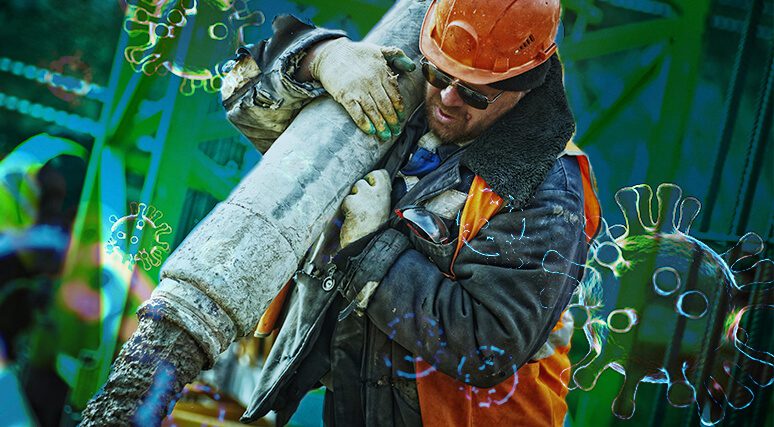 We are only at the beginning of the economic adjustment, and it would be naive to think that older workers will be completely shielded from steep losses in the coming months, writes Linda Nazareth.

Although younger workers have been the hardest hit by COVID-19-related shutdowns so far, there is reasonable hope that many have been furloughed and will eventually be employed in either the jobs they have left or in new ones. In the discussion of who is getting hit the worst in the labour market, however, not a lot of focus has been on those at the other end of the age spectrum.

When it comes to older workers, it is not clear they will return to work at all, or whether “involuntary retirement” may be one more casualty of the pathogen.

After a loss of a million jobs in March, Canadian employment fell by nearly two million in April, with most of the job losses a result of shut down businesses in the service sector. As a result, the group hardest hit by layoffs and furloughs were young workers, who typically hold jobs in sectors such as retail and food service. Over the two-month period, employment among workers between the ages of 15 and 24 fell by 873,000, or 34 per cent.

Although job losses among other groups were steep, they were not in the same order of magnitude, with workers between 25 and 54 experiencing employment losses of 12 per cent and those older than 55 seeing an employment drop of 13 per cent.

Within that latter group, employment fell by 12 per cent for those 55 to 59, 16 per cent for those 60 to 64 and 14 per cent for workers over the traditional retirement age of 65. However, we are only at the beginning of the economic adjustment, and it would be naive to think that other age groups will be completely shielded from steep losses in the coming months.

To be sure, on the surface, it does not seem that older workers are less likely to go back to work than younger ones.

Statistics Canada collects data on workers who are not looking for work but would like to be working, a subset of which includes those who are on a temporary layoff but who are expecting to go back to their jobs. That category presumably includes those workers whose workplaces have been shut because of the pandemic but which will reopen.

About 24 per cent of workers between 25 and 54 who are not looking for work fall into this category, as do 25 per cent of those older than 55. It remains unclear, however, whether those expectations are realized for either group, as well as whether workers who are called back to work hold on to their jobs longer term as job losses seep from front-line services through to other sectors.

Ten years ago, Canada went into recession, but older workers did not drop out of the job market for long. During the period from 2007 to 2010, the labour force participation rate of workers over the age of 55 rose every year, suggesting the economic conditions did not discourage older job seekers.

The situation was different in the United States, however, where a much deeper recession caused participation to fall between 2009 and 2011, particularly among men who judged their job prospects to be weak and opted to retire early. For older workers who did get a job, it took them longer to find one, with a study by the Urban Institute finding that those between 51 and 60 took an average of nine months during that recession, compared with six months for those between 25 and 34. This time around, that deep recession is hitting both countries, with the results on labour force participation unclear.

As well, it does not help that older workers are underrepresented in the occupations with the strongest growth. According to a study released last year by Statscan, in the decades between 1996 and 2016, the number of workers employed in professional occupations in advertising, marketing and public relations expanded by 256 per cent, while the share of older workers in these areas rose less quickly than in most other occupations, to 13 per cent from 8 per cent. Employment in computer and information systems management grew by 209 per cent over this period, but at 16 per cent, older workers are underrepresented there as well.

All of this would be fine if older workers were financially set, but sadly, that is not the case. A 2019 study on Canada from the Organization for Economic Co-operation and Development found the increased likelihood of Canadians to stay in the labour force beyond 55, stating that “to prevent longer lives from weakening pension benefits and/or pension finances, working longer will be critical.”

That certainly seems to be what Canadians are planning for anyway, with a 2019 survey by Sun Life finding that 44 per cent of employed Canadians expected to continue to work full time past 65.

What needs to be answered, however, is whether the economy of a postpandemic world will make working longer possible, and what the economic consequences will be if it does not.

Linda Nazareth is the principal of Relentless Economics and senior fellow at the Macdonald-Laurier Institute.

The COVID-19 Outbreak in Russia: Marcus Kolga on TRT World