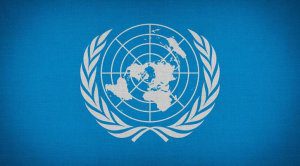 While we may deserve a UN Security Council seat, it is not worth sacrificing a strong and uncompromised Canadian voice on the world stage to get it, writes Jonathan Berkshire Miller.

The Trudeau government is in the final stretch of campaigning hard for Canada’s seat as a non-permanent member of the United Nations Security Council (UNSC). Canada’s competition for this coveted role is tight, competing against strong bids from Norway and Ireland.

On the question of whether Canada deserves this seat, the answer should be an unequivocal yes; Canada is precisely the sort of country that would improve global governance if it gained a UNSC seat and it actually has a much stronger case than Norway or Ireland.

Canada is a founding member of the G7, G20, the Asia-Pacific Economic Cooperation — key international fora that influence the world’s most consequential economic, political, and security decisions. Neither Ireland nor Norway are members of these three clubs. While contributing much to global governance in their own ways, they are not as uniquely positioned as Canada to press forward key areas of interest in a range of crosscutting institutions.

Norway and Ireland bring important contributions to regional security, with the latter fielding more than 600 peacekeepers to the United Nations. Yet neither has the potential, or inclination, to play as important a defence and security role as Canada. Unlike Canada, neither has demonstrated stakes in some of the globe’s most critical conflict zones — such as Iraq and Afghanistan — or, in the case of Norway, taken a lead role in the NATO-led mission in the Baltics (Ireland is not a NATO member).

Canada can — and should — be realistic about the extent of its contributions from both a strategic and resource perspective. That said, robust Canadian engagement internationally cannot be seen as a choice or a luxury. Authoritarian governments, from China to Russia to Iran, are actively taking measures to alter and weaken the current rules-based order and the international legal foundation that underpins it. As a major middle power, an unapologetic and robust Canadian presence on the UNSC could promote and defend our interests in upholding the rules-based international order.

Clearly, Canada deserves a seat on the UNSC. But the fact that Canada “deserves” the seat is precisely why we might be unlikely to actually get the seat; the reality is that all too many UN Member States (including UNSC permanent members like China and Russia) are not interested in having a country like Canada in a position of influence.

Moreover, just because Canada would be a positive influence at the UNSC does not mean the Trudeau government’s approach is correct or even worthwhile. For instance, cosying up to African states mere months before the vote reeks both of desperation and (in the case of countries like Senegal, Rwanda and others with significant human rights concerns) a moral compass adrift. While a principled engagement with states across the globe is of value, this must be done in line with Canadian interests and not just in pursuit of a coveted seat at the UNSC.

Our approach to securing a seat also falls short of just how significant a role Canada could and should play in the world’s largest multilateral forum. Simply put, it has been guided by naked political interest. If Canada needs to play these sorts of games to get a UNSC seat, the question is not whether Canada deserves a seat, but rather does the UN actually deserve to have Canada as a member of its most important body?

And just because we may deserve a seat doesn’t mean we even need it. With or without a UNSC seat, Canada should use its position internationally to continue standing up against those who are undermining international law and infringing on human rights. This includes leading the pushback against China for violating international rules and norms in the South China Sea, undertaking a sustained campaign to detain and subjugate Uighurs, and many more serious offences. The same should be true with regard to other key threats to the rules-based order, including the growing authoritarian influences in Russia, Saudi Arabia, Turkey and Iran — to name a few.

With the UN having said little to nothing meaningful to push back on such examples, one must question the value of expending such capital for a non-permanent UNSC seat. Canada should use its position in the international community to actively and repeatedly stand up for our values and interests. While we may deserve a UNSC seat, it is not worth sacrificing a strong and uncompromised Canadian voice on the world stage to get it.

For older workers, the pandemic employment plunge may be tougher to pull out of: Linda Nazareth in the Globe and Mail