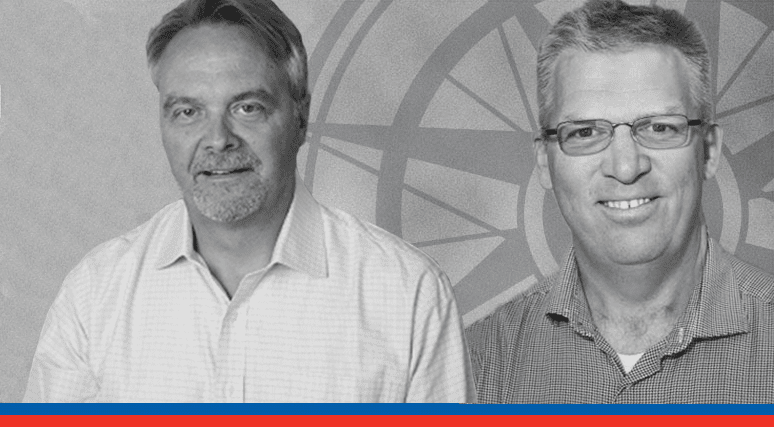 OTTAWA, ON (June 15, 2021): The Macdonald-Laurier Institute is pleased to announce that Richard Audas and Jeff Kucharski have joined our roster of senior fellows.

Audas is well known as the lead designer and author of MLI’s national and provincial COVID Misery Indices, which ranked governments’ performance in protecting citizens’ health and wellbeing during the pandemic. Audas also co-authored and developed the methodology for MLI’s award winning Report Card on the Criminal Justice System.

“The Institute has been fortunate to have benefitted substantially from Audas’ deep expertise many times in the past,” says MLI Managing Director Brian Lee Crowley. “It is a great boon to MLI to have him formally join our growing team.”

Audas is a Professor in the Faculty of Medicine at Memorial University of Newfoundland and Labrador where he teaches and conducts research in Applied Health Services Research.  He also holds visiting appointments at Alliance Manchester Business School (UK) and at the University of Otago (NZ).

According to Audas, “the Macdonald-Laurier Institute has been a leading voice on the most pressing Canadian public policy issues and has demonstrated fearless resolve in putting forth ideas and perspectives the Canadian public needs to hear. I am delighted to join the team.”

Jeff Kucharski is an Adjunct Professor at Royal Roads University in Victoria, and teaches courses in the School of Business. He had a 26-year career in the public service, in various senior roles responsible for international energy policy, business and trade development. Dr. Kucharski also spent about 12 years in Japan in various postings with the Alberta and federal governments. His current research is focused on energy security, international trade, the geopolitics of energy and the Indo-Pacific and he has published many peer-reviewed journal articles. Kucharski is also the author of the MLI report, “Canada’s Strategic Energy Resources: Why prioritizing the Indo-Pacific will benefit Canada and our allies.”

According to MLI Senior Fellow and Director of the Indo-Pacific Program, Jonathan Berkshire Miller, “With his impressive career and unparalleled work, Jeff Kucharski will undoubtedly provide immense value to MLI and our burgeoning Indo-Pacific program, especially as it pertains to energy issues.”

Moreover, as Crowley notes, “at a time of heightened global tensions and volatile energy prices, Kucharski brings a vital perspective as he draws on his impressive experience in energy, policy and business.”

“The great work of the Macdonald-Laurier Institute on the Indo-Pacific region is without equal in Canada. I very much look forward to playing a larger role with MLI,” says Kucharski.

We must hold the perpetrators of Soviet crimes to account: Marcus Kolga in the Toronto Sun

Premonition of government failure: Philip Cross in the Financial Post

Premonition of government failure: Philip Cross in the Financial Post