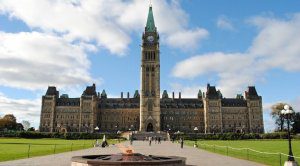 A permanent 20% reduction of public service pay seems warranted. Either that or the doubling of pension plan contributions, writes Philip Cross.

The demands on the federal government are rising at a record pace. The Parliamentary Budget Officer was predicting the federal deficit would hit $112.7 billion even before the government announced its $70-billion wage subsidy last week.

These deficit projections are likely to be low. Economic forecasts routinely underestimate the impact of events such as the 2008 financial crisis or today’s coronavirus. This fallibility was on full display last week for the U.S. labour market. Economists predicted weekly unemployment claims would rise from 3.3 million to five million. In fact, they soared to 6.6 million. Worse, economists expected March payrolls to fall about 100,000, when they actually plunged by 701,000. This delay in understanding the speed and severity of the economy’s contraction suggests current deficit forecasts are likely far too low as well.

More demands on government are coming. The federal government has not detailed the aid it has promised to such hard-hit industries as oil and gas, airlines, and accommodation and food. The provinces are being squeezed by soaring health-care costs and sharply lower tax revenues, especially sales taxes. Newfoundland and Labrador is likely to be just the first of many provinces seeking federal aid. The cost of pension plans for public servants will rise: in December the government revised its deficit upward as it began to acknowledge that low interest rates mean taxpayers will have to subsidize public pensions more than they already do. With interest rates falling still further, this subsidy will rise even more.

Add it all up and the federal government will borrow record amounts. At some point, it will have to cut spending. Though some of its (hopefully) temporary income-support programs will naturally recede as normal economic activity returns, the deficit will remain elevated for some time. This is because recovery will lag in such sectors as oil and gas and travel, and many firms, especially small and medium-sized businesses, will fail. It is already estimated that 10 per cent of restaurants will not reopen, while a third of small firms say their business is at risk. More broadly, Canadian households and businesses will undergo the painful process of deleveraging after a decade-long debt binge that produced the highest debt-to-GDP ratio in the G7.

In this crunch, all federal spending programs should be on the table for review. Federal civil service pay would be a good place to start.

Federal weekly wages already are the third highest of any industry in Canada, behind only utilities and mining (including oil and gas). And the measure of pay used excludes many benefits, such as sick leave, supplemental health care and most importantly, pension benefits. These last do not include the one-half of the cost of pension plans subsidized by the taxpayer rather than by contributions from the employee or the employer, as Malcolm Hamilton and I showed in a 2018 paper.

The best evidence that federal pay is unnecessarily high is that there is never a shortage of candidates for the vast majority of job openings — even before private sector employment nose-dived as a result of the coronavirus crisis. In today’s depressed labour market, federal government jobs are coveted more than ever. That’s one thing not likely to change.

A permanent 20 per cent reduction of public service pay seems warranted. Either that or the doubling of pension plan contributions that would properly account for the pension subsidy from taxpayers. Either measure would also significantly lower the federal deficit.

Of course, lower wages would have to be negotiated with public sector unions. That’s possible, however, because, unlike pay and working conditions, the public service pension plan is not subject to negotiation. The federal government can make unilateral changes to employee pension plans. For many federal employees, protecting their pension benefits is of paramount importance. Any government willing to stare down the unions could do so by saying that if concessions are not made, it will increase employee contributions to fully offset the portion of pension benefits currently subsidized by taxpayers — which in fact is something it should have done long ago.

Such a negotiating strategy would redress a long-standing imbalance favouring the interests of employees over taxpayers. Taking on public sector unions has often been a successful tactic for politicians. It launched Calvin Coolidge from mayor of Boston to the national stage and ultimately the presidency. Ronald Reagan’s firing of air traffic controllers for an illegal strike was a turning point for his presidency. Besides sending shock wages through the union movement, former secretary of state George Shultz said firing air traffic controllers was “the most important foreign policy decision Reagan has ever made” because it convinced Soviet leaders he was capable of forceful action. Vladimir Putin might not be impressed but reforming Canada’s public sector pay would send a clear message to investors that this country is serious about lowering its deficit, being honest with taxpayers about the cost of civil service compensation, and, above all, relying on the private sector to raise economic growth.

Does China consider itself to be in a Cold War with the West? Anastasia Lin for Inside Policy