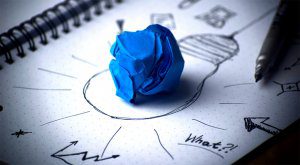 MLI Munk Senior Fellow Richard Owens recently contributed, alongside co-authors Daniel Schwanen (C.D. Howe Institute) and Stephen Ezell (Information Technology and Innovation Foundation), to an international report titled National Innovation Policies: What Countries Do Best and How They Can Improve, which is published by the Global Trade and Innovation Policy Alliance.

National Innovation Policies looks at 24 countries’ three best innovation policies and three greatest opportunities for improvement, providing a practical tool for policy-makers – one that references some of the world’s cutting-edge practices. Owens, Schwanen and Ezell coauthored the Canadian section.

Notably, the authors mention Canada’s 2018 IP Strategy as being riddled with goals that are “just unobtainable,” with limited strengthening of intellectual property rights. Other weaknesses include:

Owens, Schwanen, and Ezell touch on the federal government’s “superclusters” initiative, mentioning that while the program is a key component of Canada’s innovation strategy, it remains too early to declare definitive results on its success.

The Global Trade and Innovation Policy Alliance (GTIPA) is a global network of 34 independent, like-minded think tanks from 25 nations throughout the world that believe trade, globalization, and innovation maximize welfare for the world’s citizens. MLI is a member of this network.

Ottawa should suspend passage of C-69: Stephen Buffalo in The Hill Times