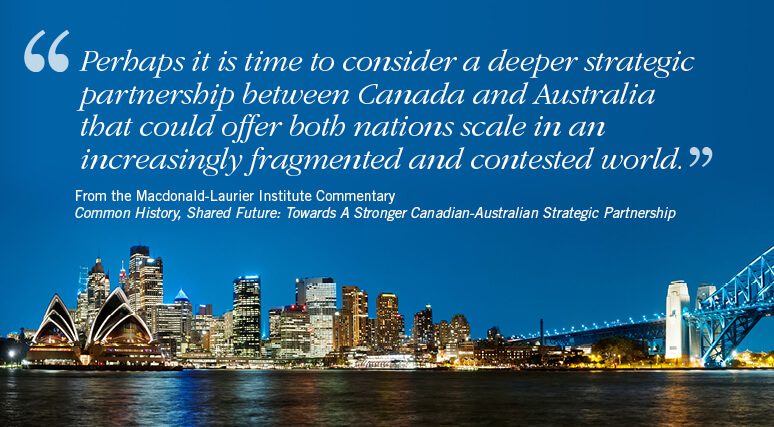 OTTAWA, Oct. 26, 2015 – Canada’s new government should continue to expand on a growing tradition of close ties with Australia, particularly in the lead-up to a major multi-national climate change conference scheduled for November.

Andrew Pickford and Jeffrey F. Collins, thought leaders on energy and the economy, make the case for a closer bond between the two countries in a new commentary for the Macdonald-Laurier Institute.

These similarities have helped to, over the past 10 years, cultivate a closer relationship.

The Toronto Stock Exchange is a favourite place to list Australian junior mining companies, for example, and both countries are also members of the “Five-Eyes” intelligence sharing regime.

But there are a myriad of opportunities for Australia and Canada to grow in tandem their common interests – particularly as the United States’ influence on global affairs wanes.

“In a discussion of a new international landscape, perhaps it is time to consider a deeper strategic partnership between Canada and Australia that could offer both nations scale in an increasingly fragmented and contested world”, write the authors.

Canada’s newly-elected Liberal government will have an early chance to reap the benefits of closer ties to Australia, the authors note. The Paris climate conference, set to begin on November 30 of this year, will bring together countries from around the world to discuss climate change.

Pickford and Collins believe the two countries should consider a formal partnership on climate change. This would help to achieve goals of combating climate change while taking into account the negative impact on energy-exporting nations.

“Political parties in Canada and Australia understand that any agreement that does not take into account their large energy export sectors will have a material impact on their economy and unemployment”, write Pickford and Collins.

This will be particularly important, they note, since the United States is likely to place its weight behind more ambitious carbon reduction targets. 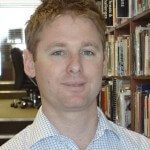 Andrew Pickford works between Perth, Australia and Mont-Tremblant, Canada in the areas of strategy, economic analysis and natural resources with a range of organisations, both private and public. He is currently an economic advisor with the Chamber of Commerce and Industry Western Australia, and affiliated with a number of research institutes in that country including the Energy and Minerals Institute, University of Western Australia, and the PerthUSAsia Centre. 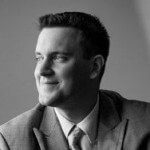 Jeffrey F. Collins is a research associate with the Atlantic Institute for Market Studies. His research interests include defence policy and procurement, regional economic development, Atlantic Canadian energy policy and politics, and international security. Before joining AIMS, Collins was a political staffer and researcher for several provincial and federal politicians including the Ministers of National Defence and Veterans Affairs. His first book, co-edited with Andrew Futter, is titled, Reassessing the Revolution in Military Affairs: Transformation, Evolution and Lessons Learnt.