We need to be thinking about the long-term economic recovery now: Philip Cross’s Testimony to the Federal Finance Committee 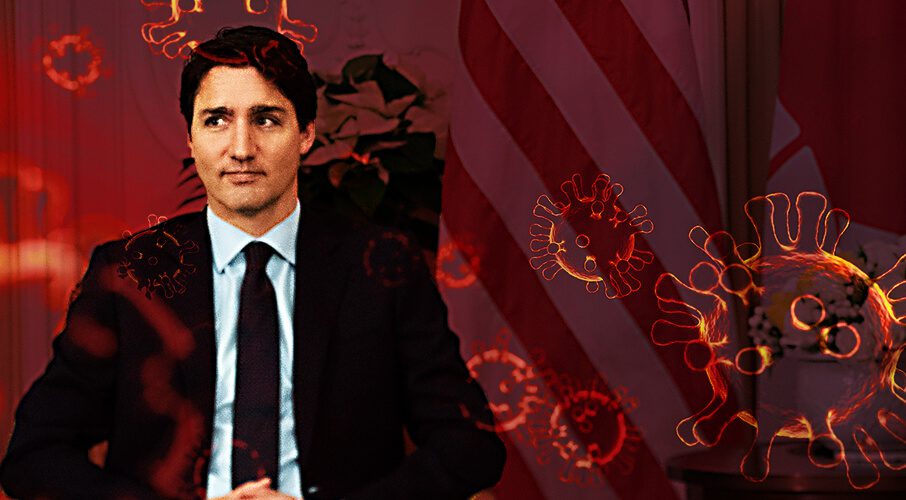 The imperatives of dealing with the current COVID-19 crisis cannot totally blind us to their long-term effects. It is not widely appreciated that macroeconomic policies to buttress demand in the short-run are harmful to potential growth in the long run, explains Philip Cross.

This article is based on testimony before the federal Finance Committee on April 3, 2020.

We are living through the fastest-moving crisis of our time, surpassing previous shocks such as the 1998 Ice Storm, the 9/11 terrorist attacks and the Great Financial Crisis of 2008. It is worth recalling these shocks themselves were unprecedented, yet we found the resources, wisdom and strength to overcome each of them.

The federal government is increasing spending at the fastest rate in its history. This is arguably an appropriate and largely unavoidable response to the massive disruption of our economy. Canadian households and businesses need quick access to funds if they are going to survive financially until the suspension of normal economic activity ends.

Yet the imperatives of dealing with the current crisis cannot totally blind us to their long-term effects. It is not widely-appreciated that macroeconomic policies to buttress demand in the short-run are harmful to potential growth in the long-run. We can already see this playing out in the response to the current crisis.

Canada entered this crisis in an already vulnerable state due to excessive accumulation of debt over the past decade by all sectors of the economy. Our highly-cyclical economy and past experience with unexpected shocks should have bred a more cautious approach to savings and borrowing. The federal government’s debt is already exploding. Last week, the Parliamentary Budget Officer projected the deficit would surpass $112 billion, even before the wage subsidy of at least $70 billion and bail-outs of hard-hit industries such as oil and gas, airlines and accommodation and food.

Even still, these projections are unlikely to prove very accurate. Economic forecasts are made using abstract models that do not incorporate knowledge of local conditions and they routinely underestimate the impact of events such as the 2008 financial crisis or the coronavirus today. This fallibility is seen in unemployment insurance claims in the US; economists forecast an increase from 3.3 million last week to 5 million this week, but claims actually soared to 6.6 million. Worse yet, economists had expected US payrolls in March to fall by about 100,000; payrolls actually plunged by 701,000.

The failure of economists to understand how fast and severe the economy is contracting implies that government spending will increase much more than anticipated, while simultaneously the loss of revenue is being under-estimated.

Moreover, there will be other demands on the federal government. Low interest rates are making pension plans for employees increasingly problematic in the public sector. Notably, as recently as last December, the federal government raised its estimates of the federal debt substantially because it finally began to acknowledge that low rates of return on pension assets would force the government to subsidize federal pensions. The full amount of this subsidy has still to be publicly acknowledged and is rising as bond yields decline further.

Provincial government revenue losses are likely to be especially severe. They rely more on sales taxes which are suffering from unexpectedly sharp declines in the usually-stable services sector, even as the provinces bear the brunt of soaring health care costs. Undoubtedly, this will lead to even more demands on the federal government.

Soaring government debt adds to the massive bill we are passing to future generations. We know  that government debt was already poised for steep increases as our aging population puts increasing demands on our pension and health care systems. Generational conflict was already being fuelled by the policy of low interest rates, which are now approaching their zero-lower bound. Low interest rates have already helped push housing prices out of the reach of many young adults in Toronto, Vancouver, and elsewhere.

There are other impacts on young people from actions taken to combat the virus. Suspending classes, likely for the rest of this school year and possibly beyond, will harm learning as home instruction is unlikely to be as good. Meanwhile, about 250,000 university students are about to graduate and enter a labour market that has dried-up overnight. There is substantial research indicating that cohorts that enter into the labour market during recessions suffer a lifelong loss of earnings that is never fully recouped.

Hopefully, we will not often hear the slogan “never let a crisis go to waste.” History is littered with examples of rash decisions made during a crisis that aggravated the problem in the long-term. Many decisions made following the 9/11 attacks come to mind, particularly the Iraq War. In Canada, invoking the War Measures Act in response to an imagined FLQ insurrection was a blatant mistake.

The same is true of economic crises. The federal government used the stagflation of the 1970s to intervene in the economy on a vast scale, culminating in wage and price controls and the National Energy Program, both of which are now completely discredited. More recently, the Ontario government adopted the Green Energy Act in response to the Great Recession, a misguided foray into industrial policy that resulted in a doubling of electricity rates, ballooning government deficits and chronically slow growth. It is worrisome that today, some of the architects of that policy are advising the federal government.

Parliament should be wary of schemes hatched in the civil service to permanently expand government program spending during a crisis. One study of social policy concluded that the rapid expansion of the welfare state in the 1950s was not a response to public demand but played on widespread fears of a return to Depression after World War II ended. Their “genesis, formulation, justification, and, of course, implementation all occurred within the state and as a result were the handiwork of key policy actors.” The frenzy of a crisis atmosphere makes it seem worth taking risks with both state power and public money, although once a government program begins it is hard to end (one example of how permanent a temporary government program can be is the US Congress raising pensions in 1958 for Civil War widows, nearly 100 years after the War ended).

Canadians want a return to their normal lives as quickly as possible, not a permanent expansion of government spending programs.  Already it may be hard to roll back higher tax credits for low incomes, while the drums are beating in some quarters to convert the $2,000 Canada Emergency Response Benefit grant into a permanent Guaranteed Annual Income for all. As soon as possible, we want to restore the efficient allocation of credit to the private sector, not funding massive government deficits.

So far, we are not repeating one lingering problem from the 2008-2009 crisis, where rescue packages for banks and quantitative easing favoured the wealthy and helped to widen income inequality, especially in the US and Europe. The policies currently adopted in response to the pandemic have been targeted more at those parts of the working class and small businesses bearing the brunt of the downturn. Hopefully, this will help avert the worst of the last decade’s divisive and futile debate over distributional issues. That may be one blessing coming out of this crisis.

Philip Cross is a Munk Senior Fellow with the Macdonald-Laurier Institute.

COVID-19, other rare disorders and the rescue principle: Nigel Rawson and John Adams for Inside Policy

Video: How we got in a COVID-19 Fix and how to start to get out

Video: How we got in a COVID-19 Fix and how to start to get out