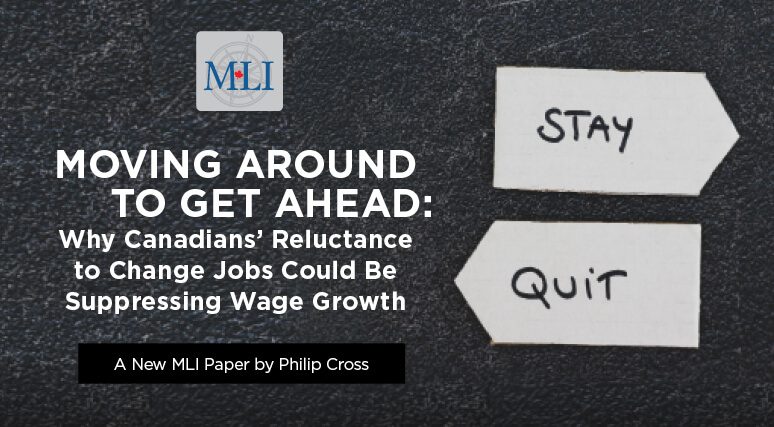 OTTAWA, ON (December 11, 2019): Unemployment is at record lows in Canada, which usually means wages are set to rise. However, despite high demand for labour, wages have remained largely stagnant; why is this happening?

While there are many competing theories, in a new study, MLI Munk Senior Fellow Philip Cross finds that Canadians’ lack of willingness to change jobs might be contributing to lower wages. In the new paper titled Moving Around to Get Ahead: Why Canadians’ Reluctance to Change Jobs Could Be Suppressing Wage Growth, Cross outlines the compelling evidence behind this phenomenon.

According to Cross, the willingness of workers to change jobs reflects the labour market’s efficiency to match workers with labour demand. When this relationship is not running effectively, one consequence is lower wages.

While technological advancement, employment concentration, and globalization may all be contributing to the mismatch between unemployment rates and wage growth, what is clear is that people switch jobs more frequently and with better outcomes when the economy is running well. And while switching jobs is not a guarantee of increased income, on average those who change jobs have improved their wage prospects far quicker than workers who choose to stay in place. 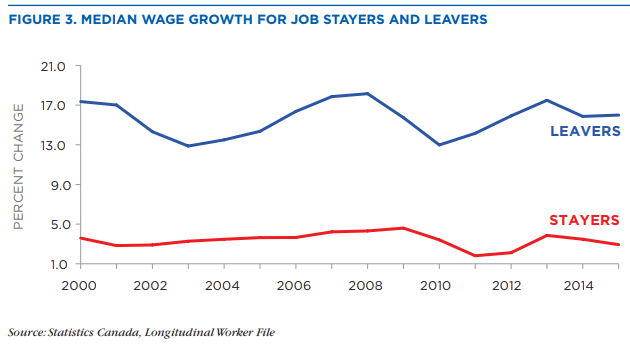 “Wage increases for the growing number of workers staying in their jobs slowed nearly a full percentage point following the recession,” writes Cross. This points to the fact that, despite rosy unemployment figures, labour market and macroeconomic conditions are more complex than policy-makers often appreciate.

So why are Canadians so reluctant to change work if the benefits of doing so are so clear? Cross points to several reasons for this trend, including older workers staying in senior positions, Canadians choosing to stay in their preferred region or area, and economic anxieties brought about by turbulent economic times.

“The decline in job leavers appears related to both the aging of the labour force and rising insecurity about jobs,” writes Cross. If governments in Canada are interested in improving worker outcomes, then it must be made clear to Canadians that a more efficient labour market better able to match workers with opportunities is a key to wage growth.

While the relationship between wages and unemployment is complex, it is clear from the data that Canadians are less willing to switch jobs, and thus wages have lagged behind low unemployment numbers.

To learn more about how Canadians’ reluctance to change jobs may be dampening wage growth, read the full study here.

Should Canada ban non-residents from buying homes? No: Philip Cross in the Toronto Star