Japan Is Taking on China in Africa: J. Berkshire Miller in Foreign Policy 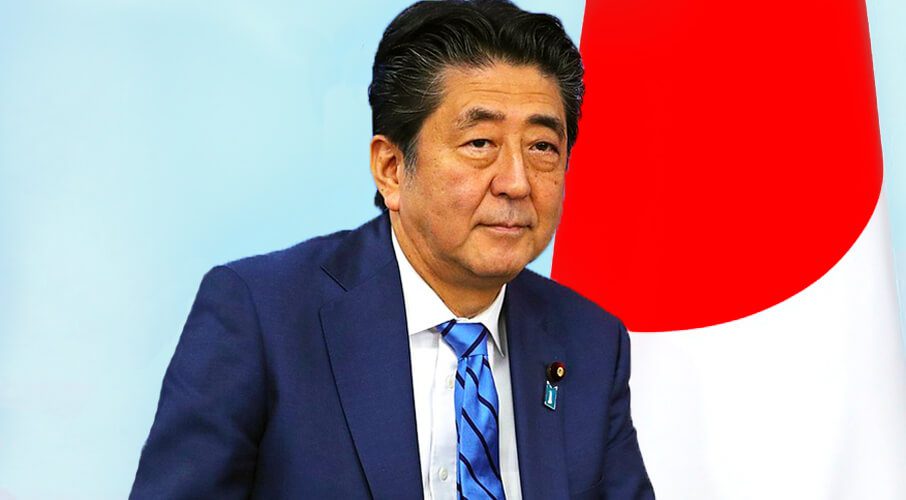 With more strategic investments, Japan may hold a key to sustainable development on the continent, writes J. Berkshire Miller.

In late August, Japan will host the Seventh Tokyo International Conference on African Development (TICAD) in Yokohama. The conference is the cornerstone of Japan’s development efforts on the continent and is co-organized with a number of international partners, including the United Nations, the United Nations Development Programme, the World Bank, and the African Union Commission. This year’s summit will look to cement Tokyo’s shift from focusing on outright assistance to a more holistic partnership with Africa that involves working with the private sector on sustainable development and critical infrastructure. As Japanese Prime Minister Shinzo Abe noted at the last conference—held in Kenya in 2016—Japan wants African countries to view Tokyo as a partner rather than simply a donor.

Traditionally, Tokyo focused its efforts in Africa on soft-power diplomacy, mainly through the provision of development aid. That is changing, though, for a number of reasons. First, given its size and its domestic economic woes, Japan is finding it harder and harder to compete in terms of quantity of funding with other players on the continent, especially China. Second, Tokyo is realizing that its assistance should be more directly linked to its core foreign-policy interests, including promoting its Free and Open Indo-Pacific (FOIP) vision, in which Africa plays an important role.

Despite Japan’s strong relationships in Africa, especially with Algeria, Nigeria, and South Africa, among others, it is struggling to catch up with China’s recent spending spree. Although Japan’s foreign direct investment in Africa remains substantial—as of 2017, it had a stock of $9 billion in investments there—it is a fraction of that provided by China. According to the United Nations Conference on Trade and Development, by the end of 2017, China’s stock in Africa was $43 billion. The spread between those numbers is set to grow even more. As Japan has leveled off spending, China has more than doubled its own investment in the last five years, a trend that is set to continue.

The story is even worse when it comes to trade. Japanese exports to Africa dropped by almost half over the last decade and now sit at approximately $7 billion. Meanwhile, Chinese trade has accelerated at breakneck speed, with exports surpassing $100 billion in 2018. It also imports nearly $100 billion worth of goods from Africa. The closer economic relationship has led to some political convergence as well, with most African states openly endorsing Beijing’s flagship Belt and Road Initiative, despite concerns from Japan and others about the sustainability and transparency of the initiative.

Although Japan is unable to narrow the gap—in real financial terms—with China, it can provide a credible alternative. In Africa, Chinese investment is not just focused on gaining access to resources, but it also has political and security dividends, including China’s first-ever overseas military base in Djibouti and its picking off of the few remaining diplomatic allies of Taiwan. (Eswatini, formerly Swaziland, is the only remaining country on the continent that recognizes Taiwan.) China’s foothold in Africa creates complications for Japan. Tokyo also maintains a base in Djibouti, and the close proximity of their bases—in addition to a large base maintained by the United States—has led to concerns about Chinese surveillance.

Beyond China, Japan also hopes that its support for Africa’s sustainable development will help Japan gain backing from the TICAD’s other members for reforming the United Nations, especially the U.N. Security Council. Tokyo, one of the largest donors to the U.N., has long lobbied for a permanent seat on the Security Council and has urged African states, among others, over the years to support its position. This campaign has been particularly important in Africa considering the number of votes (54) African countries hold in the U.N. Japan’s goal this year will be to get the conference’s participants to go even further than they did at the end of the last TICAD in 2016, when they issued a joint statement stressing a determination by all sides to “urgently reform” the United Nations.

Chinese investment may be a challenge, but Japan can still capitalize on its long-standing commitment to Africa.

For one, it can corner quality infrastructure development, which Japan highlighted during its chairmanship of the G-20 this year. Japan continues to provide high-quality infrastructure, including the building of a geothermal expansion plant in Kenya and also enhancing digital broadcasting infrastructure in Botswana, on the continent that helps African countries move toward sustainable development. Doing so is important as the continent looks to achieve its Sustainable Development Goals and Agenda 2063, a long-term development vision adopted by the African Union in 2013. Japan is also uniquely positioned to support high-tech innovation and manufacturing—it has a long track record in those areas—and to help promote regional integration among African businesses thanks to its existing supply chains there.

It can also leverage its FOIP vision, something many of its allies have endorsed, to join forces with like-minded players to support Africa’s development. Japan sees the Indo-Pacific as sweeping from East Africa to North America’s western edge, and it would like to promote sustainable infrastructure, protect and uphold free sea lines of communication, and improve connectivity across the entire region.

Japan is stressing inclusivity in its FOIP approach, which means that competition with China is not a foregone conclusion, although Beijing remains wary of such claims. Still, although Japan on its own faces an uphill task in providing a sustainable development alternative to African countries, with greater cooperation from the United States—in addition to other partners such as India, France, and others—Japan’s could be a force multiplier there. Indeed, all of these countries have promoted their own Indo-Pacific approaches and share broadly similar goals in Africa on free and open investment, which could be fertile ground for more collaboration.

After all, Japan’s cumulative FDI stock in Africa is only about 20 percent of China’s. However, when combined with the United States’ (estimated to be about $50 billion in 2017), it significantly surpasses Beijing’s. Add in other like-minded countries such as France, the Netherlands, the United Kingdom, and India, and these five countries combined have invested more than $250 billion in Africa, a fivefold advantage on China. This is not to imply that all of them have identical interests in the region. But it does illustrate two things: first, that there is room for greater convergence with friendly partners, and second, suggestions that China dominates the regional investment environment are overstated.

At this year’s TICAD, Japan’s ability to bring its Pacific vision to bear will be key. There is a natural tendency for Tokyo to protect its hard-fought bilateral relationships in the region, but the smarter move is to be more collaborative with like-minded allies. If it continues to evolve, the TICAD will be the best way to ensure that Japan can still meaningfully contribute to the continent’s sustainable development. Likewise, a more explicit incorporation of Japan’s development efforts in its FOIP vision will ensure the long-term strategic position of the program. Abe summed up the importance of Japan’s efforts in 2016, in advance of that year’s TICAD: “[T]here can be no global development without African development.” That remains true today, even if Japan is increasingly less able to pursue such goals on its own.