Health care had a better pandemic than economics: Philip Cross in the Financial Post 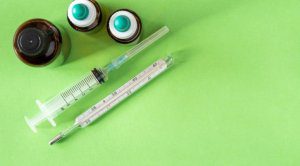 Economics simply trotted out the same easy-money and deficit-financed policies it has relentlessly pursued since the financial crisis, writes Philip Cross in the Financial Post. Below is an excerpt from the article, which can be read in full here.

The encouraging news about potential vaccines crowns what seems like a triumphant year for health care’s response to the COVID-19 pandemic. Prevention and treatment have improved substantially and there is now the prospect of effective vaccination delivered in record time.

In fact, the health-care system’s performance, though impressive, was far from perfect. Initial reluctance to restrict travel and the emphasis on hand-sanitizing over masks reflected the difficulty of understanding a new disease. In retrospect, the health-mandated shutdown of non-essential economic activity in the spring was clearly unnecessarily broad, especially for sectors such as natural resources, construction, manufacturing and even retailing. The debate about closures in the second wave is mostly about particular service industries such as bars, restaurants, gyms and schools. Despite the rising number of cases in the second wave, hardly anyone grounded in economics is advocating the sort of shutdown seen in the spring.

In general, however, ministries of health did not use the summer to educate the public about the inevitability of a second wave this fall and did not prepare adequately for testing, tracing or acquiring sufficient protective equipment. To be fair, the medical community has learned from its mistakes and made improvements over the course of the year, which is why the rates of hospitalization and death have not risen with cases of the virus. But, so far, Big Pharma is the only part of the health-care supply chain that seems to have performed flawlessly and indeed has exceeded expectations with its vaccines. Not coincidentally, it is also the only part dominated by private-sector firms.

The disorderly response to the COVID-19 pandemic reflects how health-care policy was torn between government’s desire to control the virus and the reality that the success of its policies ultimately depended on businesses innovating and individuals obeying. Governments could dictate which parts of the economy were open and prescribe a host of regulations mandating social distancing and the wearing of face masks, but they counted on individual citizens to follow these dictates and U.S. pharmaceutical giants to develop vaccines. Meanwhile, economic policy relied exclusively on a massive expansion of the role of the state. Worse, the federal government has signalled its intention to use the crisis to refashion and extend government’s role in the economy, just as many governments used the Second World War to entrench the welfare state as a response to the economic insecurity of the 1930s.

Webinar Panel Video: WHO you gonna call? – Why there’s something strange about global institutions