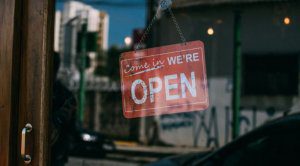 It will be a hollow victory to help individuals survive the first stage of the crisis, but then have their jobs and businesses disappear later this year or next, writes Philip Cross.

What should the federal government be doing to help the private sector sustain its recovery, rather than sustain its mere survival for another quarter or two?

Without a recovery of the business sector, there will be no ongoing growth in Canada. Ensuring firms survive only to be swamped by too much accumulated debt just postpones the stress on our financial system, government finances, and ultimately the recovery itself.

The key to recovery for businesses is finding a mechanism to help firms deal with their excessive debt loads. Firms in Canada already entered the government-mandated shutdown of non-essential services with historically high levels of debt. High indebtedness is partly the result of years of tantalizingly low interest rates offered by central banks; even corporations with huge cash reserves like Apple issued bonds to take advantage of interest rates reaching lows that may never be repeated.

After the pandemic arrived in Canada, firms saw their revenues plunge. In some of the hardest-hit industries such as airlines, accommodation, food, recreation, auto dealers and personal services, revenues dropped by 65 per cent or more.

Meanwhile, even with extensive layoffs, companies still have to pay some fixed costs such as property taxes, rent, mortgages and other debt, a skeleton headquarters staff, security, utilities, and so on. As a result of the squeeze between a sudden drop in revenues and high fixed costs, even businesses with a fundamentally good business model (such as dentists) assumed large levels of debt during the lockdown. This debt risks pushing many into insolvency.

Governments have traditionally adopted the so-called Bagehot rule as a guide for emergency lending to the private sector, which is to lend generously against good assets to solvent firms in order to assure that no taxpayer money is at risk. This treats the fundamental problem as a crisis of liquidity and not solvency. However, this approach has some serious flaws.

So far, governments have successfully kept loans flowing to businesses—bank loans jumped eight per cent between February and May—while sending money with no strings attached directly to households. While preventing a rash of business failures, the problem is that the high and accelerating indebtedness of firms at a time of declining revenues means many eventually will become insolvent. For example, delaying rent payments means that this expense will increase when the moratorium ends, with no guarantee that revenues will return to pre-crisis levels.

The underlying stress on firms, especially small businesses, is why polls show over a quarter are uncertain they will survive the current crisis even with the current level of government aid. Despite such a major threat to the sustained recovery of jobs and income in Canada, this draws little interest from governments, which remain fixated on households. It will be a hollow victory indeed to help individuals survive the first stage of the crisis but then have their jobs disappear later this year or next.

The traditional Bagehot approach to lending during a financial crisis won’t work in the current downturn because corporate debt has reached too high a level and because the unpredictable course of both the pandemic and government’s response make it impossible to differentiate between good and bad debt.

Jeremy Stein, chair of the Department of Economics at Harvard and a former Governor of the US Federal Reserve Board, has argued that the federal government has to be prepared to take on some debt from firms to assure their ability to survive. To protect central bank independence, it has to be government, and ultimately, taxpayers, who absorb these losses. So far, households have been on the receiving end of the bulk of government largesse; indeed, a sharp jump in personal deposits at banks since February suggests, overall, more aid to households was provided than was necessary. It is now time for governments to step up and help firms directly.

The real risk in the huge increase of government transfers to households during the pandemic is that government will soon test the limits of its borrowing capacity, as reflected in the recent downgrade of federal debt, even before a wave of business bankruptcies puts more demands on its resources. If the federal government is unable to help firms, then much of the short-term aid to individuals will have been wasted as people lose their jobs and return to government support. Then the demands on government may prove to be unsupportable, and our nascent economic recovery unsustainable.

Philip Cross is a senior fellow at the Macdonald-Laurier Institute and the former chief economic analyst at Statistics Canada.

China and Iran should be accountable for their COVID-19 cover-ups: new MLI-CSRG joint publication by Sarah Teich