Get ready for the ‘Roaring-back Twenties’: William Watson in the Financial Post 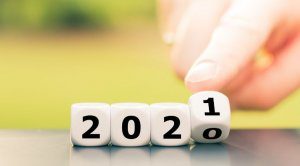 Some think the 2020s could be a repeat of the rapid technological diffusion and rising living standards of the ‘Roaring Twenties’, writes William Watson in the Financial post. Below is an excerpt from the article which can be read in full here.

In its year-end issue the editors of The Economist magazine say 2020 was “the year when everything changed.”

Everything? Really? I’m sure that how The Economist was produced changed, just as how this newspaper was produced did. But both we and The Economist maintained our respective schedules and, I hope, provided our readers with news and commentary at the level they’d come to expect (even if The Economist clearly drifted into uncharacteristic exaggeration!).

The Economist’s editors believe the 2020s will be like the Roaring 1920s, which were “a ferment of forward-looking, risk-taking social, industrial and artistic novelty.” Partly, they argue, this was because the widespread death wrought by the Great War, as it was called, and then the Spanish flu “left survivors with an appetite to live the 1920s at speed.”

The prime minister’s history suggests he sees all contexts as justifying contextual spending. Coming out of what may have been the country’s mildest recession ever — if it was a recession — in 2015, he felt justified in breaking a campaign promise to keep the federal deficit at $10 billion. And as unemployment rates ran at 50-year lows, just before the pandemic, he still saw no compelling reason to balance the federal budget.

Plus: much of the $70-$100 billion he plans to spend on stimulus seems like pretty permanent spending, especially the daycare and pharmacare parts of it. That’s not a return to pre-contextual spending.

In that sense, at least, the pandemic will have changed nothing.

***TO READ THE FULL ARTICLE, VISIT THE FINANCIAL POST***