The G7 places Taiwan in its proper context – within the democratic camp: J. Michael Cole for Inside Policy 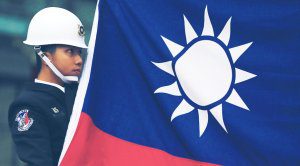 The G7 communiqué makes Taiwan’s experience a shared one within a community of nations that is increasingly disturbed by China’s revisionism, writes J. Michael Cole.

On June 13, the G7 issued the Carbis Bay Communiqué, a statement that sets forth an ambitious agenda for members of the G7 and like-minded countries. And for the first time in its history, the G7 made a direct reference to the Taiwan Strait, which in recent years has become one of the world’s most dangerous hot spots: “We underscore the importance of peace and stability across the Taiwan Strait, and encourage the peaceful resolution of cross-Strait issues.”

Besides Taiwan, the communiqué also called for peace and stability in the South and East China Sea, adding that the G7 would “promote our values, including by calling on China to respect human rights and fundamental freedoms, especially in relation to Xinjiang and those rights, freedoms and high degree of autonomy for Hong Kong enshrined in the Sino-British Joint Declaration and the Basic Law.”

Within hours of its release, the communiqué prompted an indignant response from China. In the UK, where the G7 summit was held, the Chinese embassy saw in the “sinister intentions of a few countries such as the United State” the making of a narrative that, it claims, distorted the facts. “China’s internal affairs,” it said, “must not be interfered in, China’s reputation must not be slandered, and China’s interests must not be violated.” It then added, “We will resolutely defend our national sovereignty, security, and development interests, and resolutely fight back against all kinds of injustices and infringements imposed on China.”

For its part, the Chinese Communist Party (CCP) mouthpiece Global Times described the communiqué as “the most systematic condemnation against China and interference in the country’s affairs by major Western powers.”

In Taipei, President Tsai Ing-wen thanked the G7 members for their “resolute support,” while in a statement the Presidential Office said that Taiwan would strive to be a “force for good” and continue to seek greater international support. In most corners, the unprecedented inclusion of Taiwan in the communiqué was a signal that the world’s leading democracies recognized the value of Taiwan as an advanced economy and frontline partner in an escalating clash of ideologies.

Some, however, have chosen to interpret the signal in a very different manner. Commenting on June 15, Huang Kwei-bo, deputy secretary-general of Taiwan’s main opposition party, the Kuomintang (KMT), argued that the G7’s urging for peace and stability across the Taiwan Strait demonstrated that the policies of President Tsai’s KMT predecessor, Ma Ying-jeou (2008-2016), had “met the expectations of Western powers.”

Maintaining peace and stability, Huang said, is the responsibility of both sides of the Taiwan Strait. During Ma’s tenure, he adds, not only were cross-Strait relations peaceful and stable, but Ma’s East China Sea and South China Sea peace initiatives also helped countries set their disputes aside (an assessment that wildly overstates the impact those initiatives had on China’s territorial ambitions). A return to Ma’s policies, Huang suggests, would reduce tensions in the Taiwan Strait. In other words, this would create the conditions the G7 is calling for in its communiqué.

The problem with this view is that it is based on both a misreading of the G7 statement as well as a revisionist interpretation of developments under presidents Ma and Tsai. For one thing, while Ma’s policies indeed contributed to a temporary reduction of tensions in the Taiwan Strait, they never came anywhere close to resolving the irreconcilable differences between the two sides of the Taiwan Strait. Thus, while the temperature went down, the ingredients for conflict remained under the surface. (This is something that Beijing eventually understood, leading to its loss of faith in Ma’s ability, as the leader in a democracy, to deliver what it wanted.)

Huang’s argument also seemingly attempts to create a moral equivalence by dividing the blame for the political impasse equally between Taipei and Beijing. Under that logic, if only President Tsai could be more “reasonable” and accede, as Ma did, to Beijing’s demands (such as the recognition of the so-called “1992 consensus” and “one China” framework) the situation would be much less volatile.

What Huang omits to mention, however, is that China’s relations have deteriorated not only with Taiwan, but with almost every country in the region, including Japan, India, South Korea, Australia, and Vietnam, among others. During this period, China intensified its genocidal crackdown on Xinjiang’s Uyghurs and dismembered the pro-democracy movement in Hong Kong, an enclave it now seems keen on turning into a mini-police state within a state. In violation of international law, meanwhile, China continued to tighten its grip on, and to militarize, the South China Sea. To this we can add Xi Jinping’s behaviour and that of his “Wolf Warrior” diplomats, the kidnapping of foreign nationals, and efforts to undermine democratic institutions worldwide.

All of this has forced a reassessment of China’s role within the international system and the threat it now poses to its institutions. The Tsai administration’s attitude toward China, along with the decisions that Taiwan’s 23.5 million people have made by democratic means, had nothing to do with China’s increasingly conflictual relationship with a large swath of the rest of the world. Taiwan could have capitulated by giving in to every one of Beijing’s demands, and still China would continue to behave in the manner that has compelled the G7 leaders to issue the communiqué in the first place.

The current crisis in the Taiwan Strait, one underscored by Beijing’s repeated threats of war and hostile military manoeuvres, must not be regarded as a bilateral issue between Taipei and Beijing (or an internal one, as the Chinese side maintains). Rather, the soured relations must be assessed in their regional and global context. By doing so, it becomes clear that, like many other countries, Taiwan has been at the receiving end of an increasingly authoritarian and assertive regime in Beijing. In other words, Taiwan’s souring ties with Beijing occurred in parallel with, not in isolation from, a similar downturn in other countries’ relationship with China.

It would be impossible to go back to the accommodationist policies of the Ma period, because the China with which the former president negotiated no longer exists (if it ever did). By mentioning it in its communiqué, the G7 placed Taiwan in the democratic camp, where it belongs, making its experience a shared one with a community of nations that is increasingly disturbed by China’s revisionism.

J. Michael Cole is a Taipei-based senior fellow with the Macdonald-Laurier Institute in Ottawa, the Global Taiwan Institute in Washington, D.C., and the Taiwan Studies Programme at the University of Nottingham, UK. He is a former analyst with the Canadian Security Intelligence Service.