Even after Putin’s full-scale invasion, some observers are still not sympathetic to the plight of Ukraine. Here are five key reasons why Canadians should pay attention to this conflict. 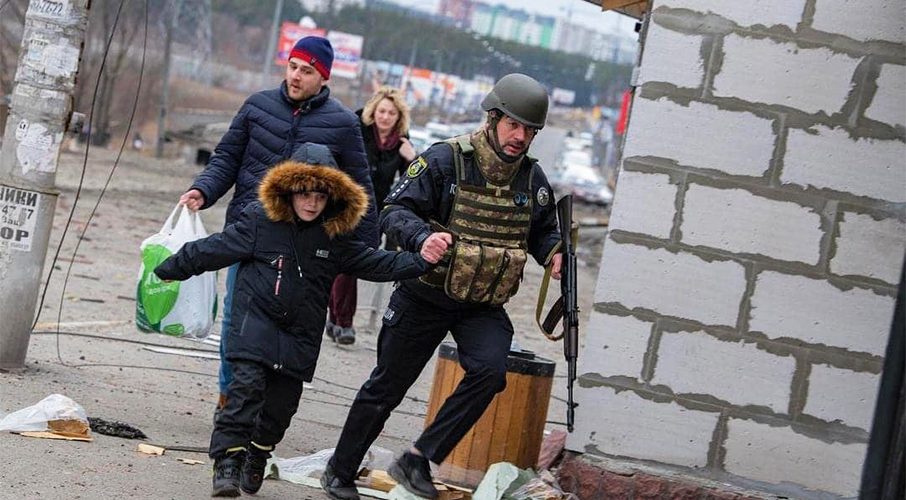 Some citizens in the West, particularly in North America, might question our preoccupation with Ukraine. They might insist that Ukraine is a country far from our borders, so why should we care?

But such a perspective ignores a wide range of threats to Canada and our allies and implications for our countries. Indeed, even for those who might prefer to focus on events at home, there are many good reasons to care about Russia’s full-scale invasion of Ukraine.

Ukraine has been in a conflict with Russia since 2014, following the Kremlin’s annexation of Crimea and its backing of pro-Russian separatist groups in the Donetsk and Luhansk regions of Ukraine. Even prior to the 2022 invasion, upwards of 14,000 lives were lost and 1.5 million people were internally displaced.

These tolls are rapidly worsening due to Russia’s latest and radical escalation of aggression.

Yet, even after Putin’s full-scale invasion, some observers are still not sympathetic to the plight of Ukraine. It is important therefore to outline key reasons why Canadians should pay attention to this conflict. Similar causes for concern apply to conflicts in Syria, Myanmar, Nigeria, and elsewhere, but they are especially true in the context of Ukraine.

The most important reason to care about Ukraine is the loss of life. At the time of writing, two weeks into the conflict, the Ukrainian government claims that more than 2000 citizens have already been killed, though these estimates cannot be fully verified and the true number may be even higher. Shelling has already targeted large cities in Ukraine from Kharkiv to Mariupol to Kyiv. These indiscriminate attacks will likely increase in number and scale, potentially resulting in tens of thousands of civilian deaths. Presently, however, it seems that cities further west in Ukraine, such as Lviv, have not been targeted by significant bombardment, but that can rapidly change.

2. Russia as a regional threat

Before the invasion, neither Sweden nor Finland showed any serious fear about Russia’s potential expansion westward – and therefore continued with their longstanding policy of neutrality. That changed on February 24. Both Sweden and Finland have now shown unprecedented interest in possibly joining or cooperating further with NATO, realizing that if war can happen to Ukraine, then it can happen to any neutral state.

Ukraine is a country of 45 million people and, after Russia, is the largest country in Europe by landmass. In comparison, the Baltic states, such as Lithuania, only have at most a few million people located inside their borders. These countries also field smaller militaries than Ukraine. Without their membership in NATO, they would be at the whim of Putin’s expansionist visions. Many countries in Europe who were previously under the Warsaw Pact fear the same, such as Czechia, Slovakia, and Hungary.

If Putin sees NATO as divided or its frontline states as weak, there is a far greater risk of Russia engaging in a direct conflict with NATO, which would have dire implications for countries like Canada and the world more generally.

3. Implications to the rules-based global order

We should remember that Russia’s invasion is not simply a war against Ukraine. This is a war against the concepts of sovereignty, international law, and global stability. If the international community does not respond in a strong, unified way, it will be a sign to aggressors that they can do as they choose. As of now, NATO, the European Union, the United Nations and other organizations have responded with striking solidarity, making sanctions all-the-more effective.

China, Iran, Syria, Venezuela, and most likely even North Korea are watching this situation closely. If the international community’s solidarity falters, other autocratic countries may follow a similar path. The West’s response, therefore, has serious implications for other potential flashpoints, such as the heightened tensions between China and Taiwan.

Observers expect this war will generate a large refugee crisis. More than 2.5 million people have already been displaced since the conflict began almost three weeks ago, and we can expect many more will join them. The European Union and other countries are trying to help as many Ukrainians as possible. In recent days, we have all seen heart-warming footage of Ukrainians being welcomed in Berlin, Poland, Romania, and elsewhere, with food, blankets, drinks, and invitations to stay with families.

Russia’s invasion of Ukraine is the largest war on European soil since World War II. As such, we can expect unprecedented economic and social impacts globally. While hard to predict with any degree of certainty, due to the many factors involved, they are worth mentioning nonetheless.

We have already seen Russia’s currency crash to all-time lows. Video footage from Russia shows Russians standing in long lines in front of ATMs to take out any savings they have. If sanctions continue, we can expect to see more protests in Russia and perhaps even a bigger backlash against these protests, which can turn violent.

We have seen thousands of protesters across Russia detained and imprisoned. There will also be a decades-long rebuilding process of Ukraine after this conflict is over. Ukraine, already a poor country, is excluded from some of the economic freedoms afforded by EU membership. Even if Ukrainian membership is somehow hastened, it would be a long and arduous path for Ukraine to rebuild its country and economy to business-as-usual conditions. Russia will have a lot to pay and account for.

Why this all matters

To restate, the most important reason the world should care about Ukraine is that we are talking about real people who are losing their lives. Yes, childhood memories may be lost and museums that housed precious Ukrainian artifacts will never be restored. But most importantly, we are talking about moms, fathers, daughters, sons who will never see another day. That is all to say, we should focus on Ukraine for the same reason we should care about the Kurdish minority in Syria, the Uyghurs in China, and the Rohingya in Bangladesh. We should care about Ukraine because of the precious value of life.

We have shown solidarity with Europe in the last two weeks. However, we should be reminded of how little it takes to divide us. Self-interest often dominates our politics. And Europe has not been so receptive to refugees fleeing the bombing of metropolitan cities like Aleppo. Putin banked on our divisions. This time he was wrong about our unity and humanity. What will it take for the next autocrat to be right?

Jakub Ferencik is an international affairs writer and the author of “Up in the Air” and “Beyond Reason.”

The nuclear perils of Russia’s invasion of Ukraine: Aurel Braun and David Matas in iPolitics