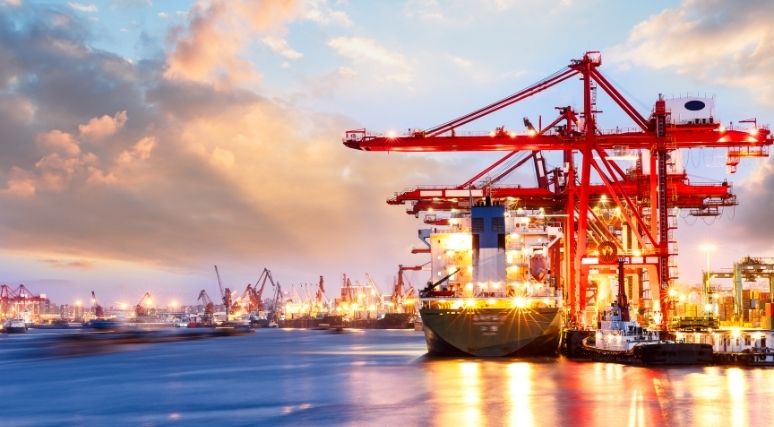 This article originally appeared in iAffairs.

Throughout the COVID-19 pandemic, Canada has felt the challenges associated with disruptions in supply chains in the Indo-Pacific Region. At the onset of the pandemic, we experienced a shortage in personal protective equipment (PPE). During the period of arbitrary detention of Michael Kovrig and Michael Spavor, we experienced the weaponization of supply chains with Canadian products be prejudiced by China through economic coercion. Most recently, our role in supplying agricultural products such as potatoes was disrupted by the floods in British Colombia this fall.

These events have highlighted the importance of building resilience into supply chain in the Indo-Pacific Region. Currently, this is not a Canada specific issue. It has garnered increased interest amongst like-minded countries such as Japan, the United States, Australia, India, and many more. They are looking to supply chain resilience as an important part of their economic security and a critical tool to negotiate the challenges of U.S.-China strategic competition across the Indo-Pacific Region.

There have been numerous critical junctures in terms of thinking about supply chain resilience in the Indo-Pacific Region for Canada. The ongoing COVID-19 pandemic exposed the dilemma of over-concentrating our supply chains in one country or one region. With the initial outbreak centred in Wuhan, China, the home to semi-conductor, pharmaceutical, automobile, and other manufacturers and the initial regionwide lockdown negatively affected the supply chains of a variety of sectors with global ramifications. Consequences included bottlenecks in the supply of personal protective equipment, sensitive technologies such as semi-conductors, parts for automobiles and more.

It mattered for Canada as sensitive technologies including those produced by Taiwanese Semi-Conductor Manufacturing Company (TSCM) are used in civilian and military grade technologies. These include Apple’s iPhone chips, Nvidia’s AI chips and semiconductors used in the cutting-edge F-35 stealth fighter jets. They are also found in automobiles produced by Japanese car manufacturers based in North America. This means that disruptions in chip production negatively impacted some of Japan’s largest corporations in Canada as a result Canadians employed in those corporations.

As we have seen, Canada and other car manufacturing centres are not immune from these technology supply chain disruptions.

To illustrate, according to World’s Top Exports in 2020, Canada was the 13th largest auto-producing nation in the world, and seventh largest auto exporter by value, producing 1.4 million vehicles and exporting $32 billion worth of vehicles in 2020.

This is increasingly important in today’s high tech and globalized trading regime. States are concerned about bottle necks in the supply of semi-conductors, intervention by the state (China) in technology firms, the selective use of supply chains to engage in economic coercion. They are also concerned about vulnerabilities associated with an overconcentration of supply chains in one country (natural and manmade). These are motivating factors as to why like-minded countries need to build beneficial, rules-based mutual dependency in their supply chains and intellectual property in the Indo-Pacific region and globally.

Canada has not been alone in the weaponization of trade and supply chains. Australia, Japan, South Korea and most recently Lithuania has fallen prey to economic coercion to change domestic political decisions.

Canada is conspicuously absent despite our prosperity and economic stability tangentially linked to supply chain resilience in the Indo-Pacific Region. However, it has an increasingly important role as part of the Canada-United States-Mexico Agreement (CUSMA).

It has become clear that it is important to diversify and build resilience into supply chains because of a black swan event like COVID-19, the weaponization of supply chains due to political differences, or the use of monopolies in critical materials.

It will be important to selectively diversify supply chains to build mutually beneficial dependency amongst like-minded countries. This does not mean decouple from China.

Research has shown that China continues to have comparative advantages in terms of seasonal labour force. Its logistic capabilities, human capital, and skilled labourers that can deliver on a timely and sizeable fashion, the materials, and goods that countries need, during times of instability.

For Canada, supply chain resilience in the Indo-Pacific Region is going to be about building mutual beneficial dependency in several key areas that reflect our comparative advantages. These include critical materials, rare earth materials, agriculture, energy, and natural resources to ensure that monopolization and or weaponization of these assets will not hamper economic growth or stability of Canada and like-minded states.Canada needs to position itself within the supply chains, using its comparative advantages to maximize its contributions to supply chain resilience and stability within the Indo-Pacific Region but also maximize the benefits that it can bring to Canada. This may include opening stable and open access to critical materials, rare earth materials, energy security, as well as other resources that are needed for the many manufacturing within the region. Canada will need to work with like-minded countries such as Japan, the United States, Australia, India, and others, to find ways to coordinate their supply chain policies and match their comparative advantages so that they can maximize their influence within the region.

Dr. Stephen Nagy is a senior fellow at the Macdonald-Laurier Institute.