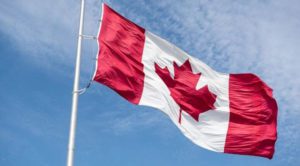 Lowering the flag for months was the kind of performative action that will no longer work, writes Melissa Mbarki in the National Post. Below is an excerpt from the article, which can be read in full here.

At the end of May, when about 215 unmarked graves were discovered at the Kamloops Residential School, some very difficult conversations begun amongst Canadians. Many learned about the true horrific nature of residential schools for the first time, while others went through emotions of shock and anger. Indigenous people were in mourning. We were grieving the loss of children who would have been elders in our communities today.

Lowering the flag on federal buildings and Parliament’s Peace Tower at that time was a sign of respect. What else could you do to show your solidarity with Indigenous people during this time? Now that it is scheduled to be raised again, hopefully we can have more meaningful and less divisive action from the Liberals.

Months after the initial flag lowering, residential schools had fallen off the national conversation, despite a snap federal election and the election of a new Assembly of First Nations chief, both during the summer.

While this was going on, Indigenous groups and communities would have been more than happy to contribute their ideas on how to commemorate those buried at residential schools. Is there something else that could be done besides lowering a flag indefinitely? What would be meaningful in a month, a year, a decade from now?

Expecting Indigenous groups who were not part of the conversation to accept the decision to keep the flags lowered was not the way forward. Using a national symbol as a bargaining tool is not how we start a dialogue on residential schools. Have we done anything right since May 30?