in Fifth anniversary, In the Media, Latest News
Reading Time: 2 mins read
A A 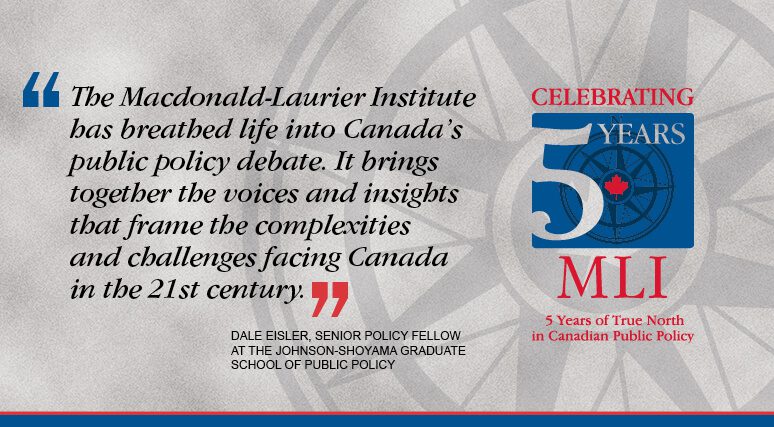 A leading thinker at one of Canada’s most influential public policy schools is marking the Macdonald-Laurier Institute’s fifth anniversary celebrations with praise for our contributions to thought leadership in Canada.

“The Macdonald-Laurier Institute has breathed life into Canada’s public policy debate”, says Dale Eisler, a senior fellow at the Johnson-Shoyama Graduate School of Public Policy. “It brings together the voices and insights that frame the complexities and challenges facing Canada in the 21st century”.

“The Macdonald-Laurier Institute is where the key policy issues facing Canada are discussed and debated. It’s the place where the views, opinions and analysis that reflect the nation are heard, bringing clarity, understanding and appreciation of the challenges at the core of public life in Canada”.

Reports of the death of the suburb have been greatly exaggerated: Brian Lee Crowley in the Ottawa Citizen

Technological change – no matter how uneven – is the key to a productivity revolution: Brian Lee Crowley in the Globe

Technological change – no matter how uneven – is the key to a productivity revolution: Brian Lee Crowley in the Globe