in In the Media, Latest News, Past Events
Reading Time: 2 mins read
A A 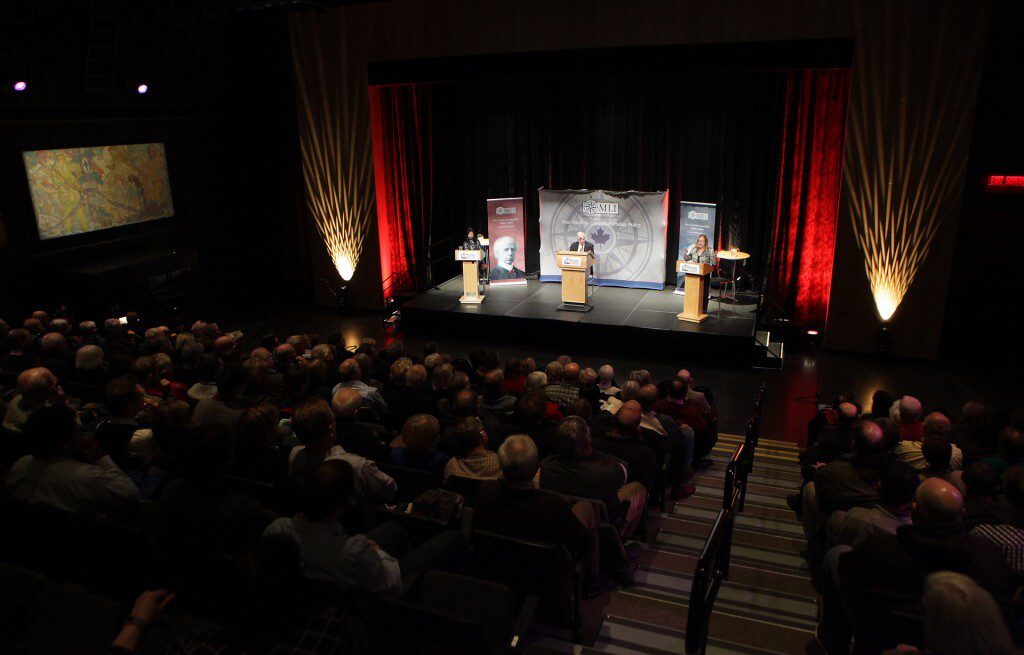 Canada’s seniors: Spoiled or worthy of getting something back after a lifetime of paying into the system?

That question was up for debate on Oct. 25, 2016 at another entry in the Great Canadian Debates. Margaret Wente and Susan Eng debated the motion “Canada must stop coddling its spoiled seniors” at the Canadian War Museum in Ottawa.

Wente says the age of 65 as the retirement age is a totally meaningless number. #GCD2016 — Macdonald-Laurier (@MLInstitute) October 25, 2016

Wente says she doesn’t relate to the “senior” label at all. “I feel like whacking them with my yoga mat”, she says.

Susan Eng, a lawyer and former executive vice-president of the Canadian Association of Retired Persons, argued against.

Many seniors have to return to work, take out loans or go bankrupt to support themselves post-retirement, says Eng.

The two debaters authored competing op-eds for the Globe and Mail bolstering their positions.