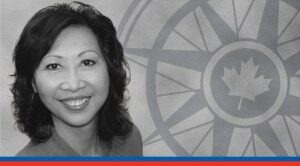 Margaret Wente and Susan Eng squared off over the motion “Canada must stop coddling its spoiled seniors” at the Oct. 25, 2016 edition of the Great Canadian Debates. Here, Eng argues against the motion in an op-ed in the Globe and Mail. Wente argued the opposite side in a different op-ed.

Some ask, “Must Canada stop coddling its spoiled seniors?” The answer is no, not unless we can find any who are coddled. In targeting this mythical group, we risk undermining the few public programs aimed at preventing poverty and other indignities in old age.

It’s true that Canadians are living longer, healthier lives. Poverty rates among seniors have fallen dramatically – largely due to the maturing of the Canada Pension Plan and workplace pensions. But the CPP effect is done and workplace pensions are disappearing. So poverty is creeping up again.

As recently reported, senior poverty has increased from a low of 3.9 per cent in 1995 to 11.1 per cent, or one in nine, in 2013. Fully 28 per cent of single female seniors and 24 per cent of single male seniors are living in poverty in this country. In human terms, that’s 665,000 Canadian seniors living in poverty, mostly the oldest, mostly single women. These people are not spoiled. Canada’s social welfare system keeps them out of penury, just.

These people are not spoiled. Canada’s social welfare system keeps them out of penury, just.

These people are not coddled either. The maximum annual OAS/GIS benefits for single seniors with no other source of income is $17,311, barely enough for rent, food and medication. Yes, medication. Many drugs are covered for seniors but not all, especially not the more expensive biologics – which are not just for rare diseases, but include eye-watering costs for treating arthritis, a condition that affects over two million Canadian seniors. Those who cannot afford even the co-pays for their medication start splitting pills or skipping treatment altogether.

So it comes as no surprise that seniors are staying at or returning to work. The number of seniors in the labour force doubled in the last seven years. Half the people staying in the work force say they love their work, the other half need to keep working, or need to keep their health coverage.

Even middle-income Canadians face a substantially reduced living standard in their future so-called coddled years because they have not saved, or could not save, enough. And the studies that came to that conclusion did not factor in long-term care costs. Our hospitals are great at patching up a broken hip or saving our lives after a heart attack or stroke but don’t have much to offer after we get home.

Post-acute care or chronic-care costs are largely borne out of pocket. The patchwork of community care services barely meets the demand. Families that cannot pay the thousands a year for private home care, do without and quality of life suffers. Those without families deteriorate even more rapidly.

Half the people staying in the work force say they love their work, the other half need to keep working, or need to keep their health coverage.

Boomers just entering senior-hood are revelling in new-found seniors’ discounts – whether for movies, bus rides or shampoo. And if they are not among the very poor, they are having a grand time of it. Some of them may say, “I don’t need the government to pay for my [prescription] drugs.” Home care is not even in their lexicon. Then they fall on the ski hill, or get that diagnosis, or their mom has a stroke. Sticker shock.

Plus they have no Plan B. The health-care system that Canada’s health ministers are busily negotiating has no strategy to address the chronic-care needs of our aging population.

Public policy concerns itself not with the luxuries but the basics – preventing poverty and undue suffering in old age, not just to improve the averages but to keep that promise to everyone.

Every cut in program budgets or restriction in income supports forces those “below the line” further down, even if everyone else just feels a pinch. There’s no coddling here.

Susan Eng is a lawyer and seniors’ rights advocate.