Energy affordability about to become a political risk in Canada: Heather Exner-Pirot in the Hill Times 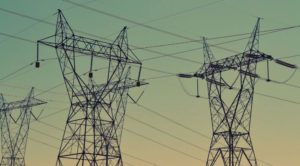 Canada will not be insulated from the energy crisis for much longer. For too many, the crunch has already come, writes Heather Exner-Pirot in the Hill Times.

This past month, millions of Canadians received the highest energy bills of their lives. The culprit? An unusually cold December across Western Canada, high natural gas and furnace oil prices, and the carbon tax all contributed. This comes as inflation, high gasoline prices, and supply chain woes are already stressing household budgets. Energy affordability is about to become a major political issue in Canada.

Canada enjoys energy abundance, not only with its massive oil and gas reserves, but also excellent hydropower resources, with nuclear, solar and wind rounding out supply. As such, we have relatively cheap energy prices compared to other developed countries. As an oil exporter, high global energy costs are a net positive for the economy, providing billions in royalties and tax revenues, and supporting a trade surplus. But it is very hard on consumers of fossil fuels.

What is an inconvenient bill after the Christmas holidays for some, is a real threat to well-being for others. For those who are on fixed incomes, living in rural and remote communities, or near the poverty line with no extra disposable income, energy affordability is becoming a serious issue.

Across the country, people have to choose between paying their heating bill or buying groceries; use candles and wood stoves to save on natural gas costs; or forego hockey practices because the costs of getting the kids to and from the rink has become a burden. A widely criticized guide from a U.K. utility company advised its customers to do things like eat porridge, cuddle their pets, or do jumping jacks to maximize body heat and reduce their energy bills. It is hard to see Canadian voters accepting that as a solution.

The global energy crisis is hitting Canada later than most. Europe has been facing record prices for months now, with the Bank of America estimating European households will pay an average of 54 percent more for energy this year than 2020. In response, most EU countries have announced emergency measures such as energy tax cuts or subsidies for poorer households. In Norway, the government announced last month it would pay 55 percent of household power bills, and Spain has temporarily suspended its VAT on electricity bills, for example.

It’s not just Europe that is working to cushion high energy costs. The Biden administration recently announced injecting $4.5-billion towards home energy relief to low-income Americans. This comes after announcing a release of 50 million barrels from its Strategic Petroleum Reserves in November to lower prices at the pump. That’s well and good for countries that can afford to intervene. In Kazakhstan, where the government lifted a price cap on fuel this month, violent protests over soaring energy prices led to an attempted coup.

In Canada we have come to take the reliability and affordability of our energy systems for granted. This may not be the case for much longer. Indeed, many of today’s policies are conspiring to make energy more expensive for Canadian households, businesses and industry, not least the carbon tax, which is scheduled to rise a further 25 percent (from $40 to $50 per tonne of emissions) in April. It is hard to see how Canadian governments will remain immune from political pressures to address rising energy prices where its peers have been forced to act.

Not only is much of this self-inflicted, but it will likely only get worse before it gets better. In response to climate change, many Western nations have targeted the supply of fossil fuels. But they have not increased renewable energy alternatives at the same rate, even as energy demand is forecast to rise to meet the needs of a growing global population.

It is inefficient and counterproductive to develop policies that restrict energy supply on the one hand, and then use public funds to subsidize energy costs on the other. It seems far better to let the market supply consumers with the cheapest energy possible, while incentivizing low carbon energy solutions to support a smooth transition away from the burning of fossil fuels. After all, energy use per capita is almost perfectly correlated with societal well-being, from literacy, to gender equality, to lower child mortality, to access to clean water.

Asking Canadians to simply do less and have less is not a winning political strategy. But it is the predictable consequence of energy becoming more expensive.

Canada's package to Ukraine to ensure peace is missing a crucial piece: Eugene Czolij for Inside Policy