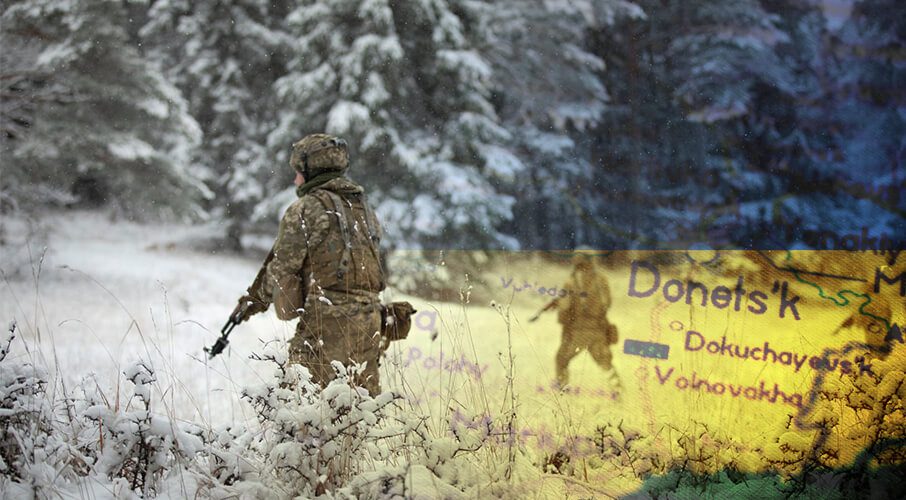 Countries like Canada need to recalibrate their approach toward Ukraine. The only way to successfully negotiate with Putin is with an iron fist in a velvet glove, writes Eugene Czolij.

Prime Minister Justin Trudeau recently announced the extension and expansion of Operation UNIFIER, the Canadian Armed Forces’ military training and capacity-building mission in Ukraine. With the mission now running until March 2025, 60 troops will be deployed in the coming days to join 200 members of the Canadian Armed Forces already in Ukraine, with the ability to increase the total number on the ground to 400. In addition, Canada will be providing $50 million to Ukraine in development and humanitarian assistance.

Yet for Operation UNIFIER to last for three more years requires that Ukraine remain an independent country and that the Ukrainian Armed Forces – that welcome the mission – remain as the defenders of Ukrainian sovereignty.

However, Ukraine’s independence and its Armed Forces are under imminent threat of a further military invasion by a much better equipped Russian army that has stationed some 100,000 troops on the borders of Ukraine.

To be counted at this time when democracy is at stake, Canada will need to immediately join other NATO member states in providing Ukraine with lethal defensive weapons. These weapons are crucial to help Ukraine protect its territorial integrity and ultimately, to deter any eventual military incursion by Russia against a NATO member state.

According to a survey by Abacus Data, 75% of Canadians support or could accept it if Canada was to provide weapons to Ukraine to defend itself.

Ottawa has suggested that it is focusing on diplomacy rather than sending the much-needed arms and munitions to Ukraine. Providing lethal defensive weapons would not put an end to diplomacy, as demonstrated by the continued diplomatic relations between Russia and the NATO member states that have already delivered such weapons to Ukraine. Sending weapons is in fact a key part of the diplomatic toolkit.

Tactically, these weapons increase Ukraine’s defensive capabilities and are a serious deterrent to Russian invasion. By contrast, failing to contribute to Ukraine’s ability to defend itself only makes it an easier target for Russia, rendering a diplomatic solution less likely. That is why Canada’s package to Ukraine to ensure peace is missing a crucial piece, namely lethal defensive weapons.

In this volatile situation, halfway measures are perhaps the most dangerous; they provoke Russia without giving Ukraine the tools necessary to defend itself or prevent Russian aggression.

History has taught us the bitter lesson that a policy of appeasement with a ruthless, expansionist authoritarian leader simply does not work. Such policies are perceived by authoritarians as a sign of weakness to be fully exploited.

Indeed, UK Prime Minister Neville Chamberlain attempted to appease another belligerent dictator that ended with tragic consequences. On 30 September 1938, when Chamberlain returned home after signing the Munich Agreement with Hitler, he stated reassuringly to his people “I believe it is peace for our time. […] Now I recommend you to go home and sleep quietly in your beds.”

Canada should not inadvertently contribute to conditions that would cause that kind of history to repeat itself.

Like all dictators, Putin only understands and reacts to the language of strength. Previous concessions to Russia have only yielded a more aggressive Russia.

Case in point: the ill-advised removal of U.S. sanctions in July 2021 that were blocking the completion of the highly controversial Nord Stream 2 gas pipeline. After such a generous concession by the West, gas prices have skyrocketed as a result of Russia’s manipulations to create an artificial gas supply crisis in an effort to pressure the European Union and Germany to provide quick regulatory approval of the Nord Stream 2 gas pipeline.

With these lessons in hand, countries like Canada need to recalibrate their approach. The only way to successfully negotiate with Putin is with an iron fist in a velvet glove.

And the best way to ensure that Putin does not trigger another World War by invading a NATO member state is to provide Ukraine with lethal defensive weapons to enable it to protect its territorial integrity and contain Russia’s expansionist ambitions. Putin’s ambitions need to be stopped now rather than allowing them to continue to spill over across the region and beyond.

Operation UNIFIER demonstrates Canada’s understanding of the importance of Ukraine’s independent statehood.  For the sake of global peace and security, Canadian authorities must now deliver lethal defensive weapons to Ukraine to complement Canada’s significant investments in support of Ukraine and its sovereignty.

Eugene Czolij is the President of Ukraine-2050, a non-profit organization established to help implement, within one generation – by 2050 – strategies for the sustainable development of Ukraine as a fully independent, territorially integral, democratic, reformed and economically competitive European state. He also served as the President of the Ukrainian World Congress from 2008-2018.

Energy affordability about to become a political risk in Canada: Heather Exner-Pirot in the Hill Times