To start democracy in Afghanistan, we need to stop Pakistan: Vijay Sappani for Inside Policy 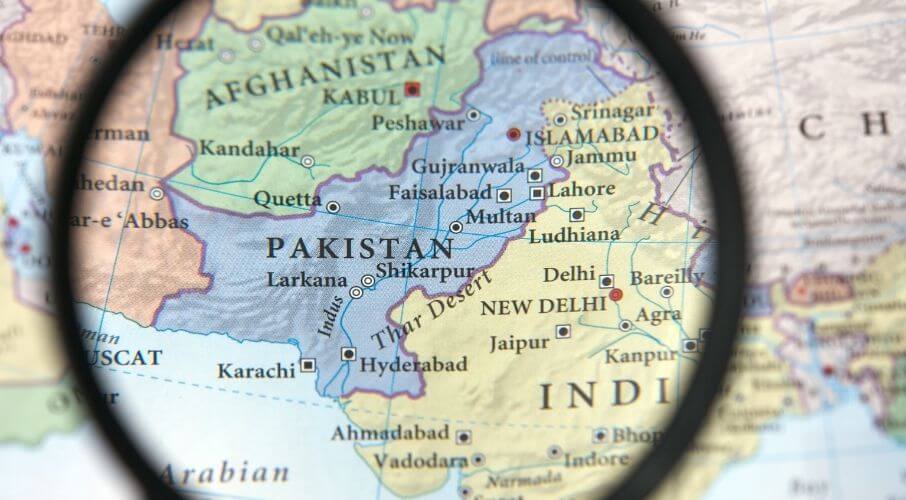 The key to peace in Afghanistan is reining in Pakistan. Vijay Sappani argues that Pakistan must be held to account if the Taliban is to be prevented from destroying a democratic future for Afghans.

A shorter version of this article is available in iPolitics and can be read here.

As of writing, the situation in Afghanistan is so fluid that any recounting of events might be outdated by the time this is published. Yet some facts are unlikely to be reversed – most notably, that the Taliban control most of Afghanistan, including Kabul, and the Afghan President had fled the country.  Only a week preceding these developments, the Taliban barely had half the country under their control.  The situation in Afghanistan had been fragile for some time, but the US decision to unilaterally sign a deal to end the war with the Taliban in 2020 and, as part of that agreement, subsequently withdraw in 2021 – a decision first made under the Trump administration and overseen by the Biden administration to its conclusion – devastated morale within the Afghan army. Military surrenders and political side switching of individual leaders have also been a feature of the Taliban’s victories.

Afghanistan is often called the “graveyard of empires” since no one from the British Empire to the USSR had managed to impose their will on the country. As America withdraws from Afghanistan, it risks becoming a graveyard of democracy as well. The gains made in two decades toward building a democratic Afghanistan have crumbled and fallen in merely two months since the US departure from Afghanistan.

If Canada wants to do its part to keep Afghanistan safe and democratic, then it needs to step up.

Canada’s presence in Afghanistan ran from 2001 to 2014 and involved operations against the Taliban, the “extreme fundamentalist regime [that had governed Afghanistan and] severely limited civil rights and supported international terrorist groups.” Over 40,000 men and women of the Canadian Armed Forces served in Afghanistan and 158 died there.

It is worth noting that Afghanistan is where Canada lost its first female soldier in combat, when Captain Nichola Goddard was killed in 2006. As so much of the coalition effort in the country was in support of the education and empowerment of women and girls who the Taliban sought to subjugate, the sacrifice of Captain Goddard and others like her take on particular significance.

Over the two decades of the US-led mission in Afghanistan, more than 170,000 lives have been lost – and the vast majority of those lives being Afghans themselves. The total cost of the mission, for the US alone, is a staggering US$2.2 trillion. The cost to all the participating countries will undoubtedly bring the global total much higher still. And yet, the Taliban has effectively regained power in Afghanistan, thus obliterating the financial, human, and military resources put into driving them out. How did it come to this?

With the Soviet withdrawal in 1988, the Pakistani-trained Taliban took over Afghanistan within a few years following a devastating civil war. The regime then provided sanctuary to the international terrorist outfit Al-Qaeda, which launched the 9/11 attacks on the United States. Pakistan continues recruiting and training terrorists who infiltrated into Indian Kashmir from the late 1980s onwards.

The 9/11 attacks renewed the military relationship between the US and Pakistan. Despite knowledge of its duplicity – working with and for the US as well as supporting, sheltering, and arming the Taliban – the US and its NATO allies have not sanctioned Pakistan. But given all that we know about how poor of a partner Pakistan has been, it is time to reconsider. Several Afghan officials have openly accused Pakistan of supporting the Taliban, as have experts in Canada and around the world. So well-known is Islamabad’s involvement that the hashtag “#SanctionPakistan” has been trending on social media recently.

If the Taliban are to succeed in consolidating their fundamentalist regime over Afghanistan, Canada should keep in mind the sacrifice of its men and women in uniform; these sacrifices will be in vain if the extremists win. Afghanistan is not yet a lost cause though.

Given that Pakistan exercises leverage over the Taliban and the world can exercise leverage over Pakistan, there remains some hope of preventing the worst outcome in Afghanistan. Any reasonable thinking about this issue tells us that the key to peace in Afghanistan is reining in Pakistan. Former Canadian ambassador to Afghanistan Chris Alexander has been vocal about this and has persisted in attempting to hold Pakistan’s feet to the fire despite facing backlash.

But if this observation is so clear, why have policy-makers failed to recognize Pakistan’s centrality and complicity?

The crux of the issue is a failure to recognize that, despite many statements proclaiming the contrary, Pakistan’s strategic interest is diametrically opposed to democratic stability in Afghanistan. Pakistan cannot tolerate an Afghanistan free of militancy with even an imperfect but stable central leadership. A politically divided Afghanistan that cannot control its own territory suits Pakistan strategic interest in multiple ways. After all, no unified central leadership in control of Afghanistan would recognize the Durand Line and cede claim to the Pashtun territories across the line; in that way, Pakistan benefits from this instability.

In addition, Pakistan has also been on the Financial Action Task Force (FATF)’s grey list since 2018. As such, the Pakistan government is also in a position to potentially circumvent detection by the FATF framework by shifting militant outfit operations to Afghanistan.

From the perspective of Islamabad, even better than a divided Afghanistan is one ruled by a puppet proxy of Pakistan. In this way, Pakistan’s interests and the Taliban’s interests are not just aligned, they are one and the same. The Taliban is embedded in the Pakistan state, most notably its powerful intelligence wing, the Inter-Services Intelligence (ISI). And yet Pakistan’s complicity has gone largely undetected internationally.

The need to hold Pakistan to account is certainly dire; it is the only entity with the means to rein in the Taliban. Reports claim serious abuses by the Taliban, including enforcement of harsh social restrictions to detentions, summary executions and abductions of young, unmarried women. Media in Afghanistan are already self-censoring, anticipating a return of the brutal theocratic standards that defined the regime two decades ago.

In this context, calls to sanction Pakistan are not merely a social media trend but an outcry, a demand for universal human rights that traces back to the violent events that occurred on 9/11, in Indian administered Kashmir since the 1990s, and the spate of attacks that have continued to intensify in Afghanistan. The militant outfits that have directly inflicted damage across Afghanistan and hundreds of fatalities on Western military forces, including Canadians, are merely the last mile operators of the central hub that is very much nurtured, protected and located within Pakistan.

It was therefore not surprising that the so­-called Doha “peace dialogue” failed to achieve anything concrete other than a false misplaced sense of hope. The US pursued these talks while Taliban never gave up the gun, effectively surrendering to the Taliban’s demands one by one.

Rarely in the annals of history has a state adopted terror to conduct and achieve its foreign policy objectives for so long and gotten away with it. Pakistan, a nuclear weapon state, has not just sponsored terrorism but made it into a robust foreign policy tool where operations of radical outfits are shielded from international scrutiny in the name of a misconstrued notion of sovereignty and effectively allowed to transform into transnational terrorist outfits. And yet Pakistan’s duplicity of claiming herself to be a victim of terrorism is met with almost an apologetic international silence, a disappointing affront to those who laid down their lives in the war against terror.

Canada has a moral obligation to its soldiers to not let their sacrifice be in vain.  As well, we have moral and ethical obligations to the people of Afghanistan in their time of need. If Canada wants to retain credibility on the world stage about its commitment to democracy, then the politicians need to speak up with one voice and act against Pakistan before it is too late.

The Taliban Rises in Afghanistan: Christian Leuprecht on the Scott Thompson Show