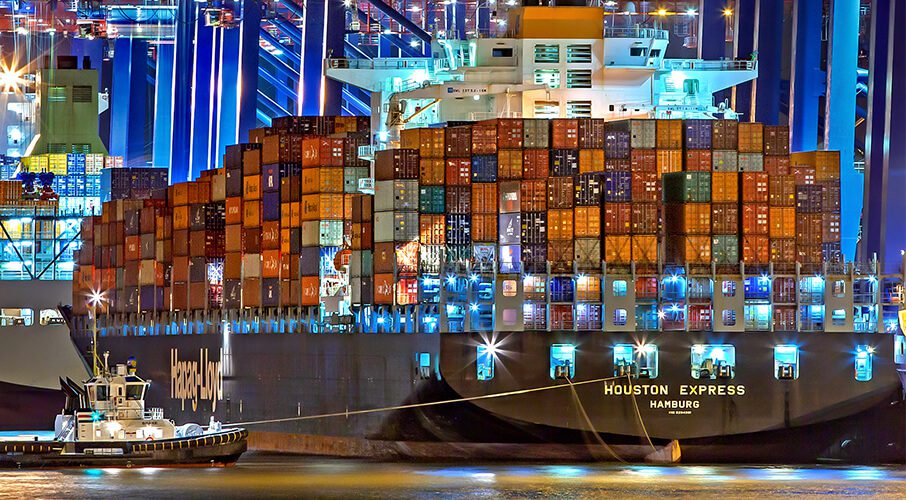 COVID-19 is leading to the further dismantling of global value chains, though its impact on the global financial system remains more uncertain, writes Shahar Hameiri.

The emergence and rapid global spread of COVID-19 has caused the greatest global economic shock since the Great Depression. The scale and pace of increases in unemployment is without precedent in living memory, as is the magnitude of the sharp contraction in gross domestic product now expected in pretty much every national economy worldwide. International trade has collapsed and hard borders have been imposed, preventing international travel.

Although it would be foolhardy to attempt to predict the future of the global political economy in the depths of the crisis, it is possible to make some tentative claims.

It is clear that economic globalization has gone into reverse. However, rather than the starting point for this process, COVID-19 is intensifying trends already in motion before the pandemic. Here I will focus on production and finance, as these are two key aspects of globalization as we used to know it. COVID-19 is leading to the further dismantling of global value chains, which are already undermined by economic nationalists and rising geo-economic tensions, but there is no alternative in sight to a financial system propped by central banks’ creation of new electronic public money, especially the US Federal Reserve.

Global value chains are breaking down

The reorganization of trade and production around border-spanning, global value chains (GVCs), dominated by large multinational corporations, has been a core feature of economic globalization. In 2019, the Organization for Economic Cooperation and Development estimated that trade within GVCs accounted for around 70 percent of the total. Trade and financial liberalization, as well as the rapid development of affordable transportation and communication technologies, enabled firms to reshape international trade and investment around their own strategic needs. For example, the iconic iPhone is assembled in China, because of cheap labour costs, but the higher value-added components are brought in from several other countries, while Apple Corporation retains the lion’s share of the profits, due to its control over lucrative intellectual property rights. Thus, although it is “made in China,” only around 2 percent of the total value is captured in China.

Challenges to the apparently unstoppable march of GVCs began appearing before COVID-19. Ironically, these have emerged largely from the country whose corporations have reaped the greatest benefit from “hyperglobalization” – the United States.

Although American corporations remain without peer at the top of the global value-added pyramid, this has increasingly come at a great political cost at home. As production, and even services, shifted offshore, inequality within the US began to soar, worsened by limited welfare and redistributive measures, and multinational corporations’ tax minimization strategies. In the years after the 2008-2009 global financial crisis, income inequality in the US, as measured by the gini coefficient, was higher than in any other OECD member-state, and the share of income going to the top 1 percent reached levels not seen since the Great Depression.

Combined with popular resentment of the bailout of banks and financial firms by the US Federal Reserve and government, trust in politics crumbled, partly explaining the election to the Presidency of Donald Trump in 2016. Trump’s electoral appeal, especially in the “rustbelt” states, worst hit by deindustrialization, hinged on his promise to bring jobs back to the US. It was thus already clear before COVID-19 that the globalized status-quo was on shaky ground politically.

In China, too, challenges were emerging. Chinese leaders have sought to avoid the “middle income trap” by pushing Chinese technological firms up the value chain. Under the banner “Made in China 2025” (which was later abandoned), they supported Chinese state-owned and private companies to get hold of intellectual property abroad, limited competition from foreign firms in the Chinese market, and provided ample financial support and cheap credit for research and development.

GVCs were further undermined before COVID-19 by what Henry Farrell and Abraham Newman called the “weaponization” of interdependence. This refers to the capacity of the governments and regulators of states that operate as key nodes of global economic networks to use this position to coerce other state and non-state actors into actions they would not have taken otherwise. Although not new, this practice has become more prevalent under Trump and increasingly used to attain geo-economic objectives, especially containing China’s rise.

Perhaps the most significant example is the banning of American companies from working with the Chinese telecom giant Huawei. However, the Trump administration has also threatened and imposed import restrictions on close allies, including Canada. Combined with the tit-for-tat trade war between the US and Chinese governments in recent years, many observers have been wondering whether the world’s biggest two economies were “decoupling.”

COVID-19 will likely intensify the decline of GVCs, and international trade more generally. The intense competition that has emerged for critical medical supplies, including for basic personal protective equipment, combined with export restrictions imposed by governments, is already generating calls all over the world to bring production back home. Actions, like the US federal government’s alleged “pirating” of surgical masks made by US firm 3M, while en route to Germany, will likely have a lasting effect on the confidence of firms and governments in transnational production networks. This is not to say that GVCs will completely disappear, but they are likely to decline and be often shaped by geo-economic, neo-mercantilist imperatives, not just firms’ commercial imperatives.

Finance propped up by central banks

Another important aspect of economic globalization to-date has been the massive growth of financial markets, which now dwarf the “real” economy of goods and services. The two cannot be easily separated, since the credit created in the financial system has underpinned much activity in the “real” economy. Finance, however, has been on state life-support since the global financial crisis and COVID-19 has reinforced this trend.

State intervention in markets is routine under capitalism, neoliberal ideology notwithstanding, but after the global financial crisis of 2008-9, finance has become dependent upon the injection of liquidity, especially US dollar-denominated, into markets. In the aftermath of the crisis, with interest rates already close to zero, the US Federal Reserve’s assets swelled from under US$1 trillion to around US$4.5 trillion, as it used dollars it simply created to purchase securities from the US government and banks. Other central banks, in the UK, Japan and the European Union, also pursued “quantitative easing,” as this practice has come to be known, though on a smaller scale.

The Federal Reserve extended its purchasing of securities to European banks, giving them preciously needed dollars during the crisis. In this sense, it became the global lender of last resort, underpinning the entire global financial system. The global financial crisis and its aftermath also showed that notwithstanding other changes in the global economy and the US’s ballooning government debt, there is no competition in sight to the US dollar as the global reserve currency and the world’s most liquid asset, to which most market players flock at the first sign of trouble.

Quantitative easing – creating new electronic money – facilitated a massive inflation in asset prices, which allowed many financial firms to reap huge profits, while fiscal austerity spread misery to the wider population, helping fuel the resentment that supported the rise of right-wing populists globally. But finance became addicted to it, and given the potentially calamitous implications of another major financial crisis, central banks continued to prop it up. Attempts to taper quantitative easing in the last decade led to sharp contractions in financial markets and capital flights from emerging markets in particular.

When COVID-19 struck, while all eyes were on Donald Trump’s abdication of US global leadership, including the US’s neutering of the International Monetary Fund, the Fed again stepped in to shore up the global economy, injecting over US$2.3 trillion into markets by purchasing securities, stabilizing money market mutual funds and repo markets, lending to financial firms, and non-financial employers in the US, including small and medium enterprises, supporting local and state government borrowing, as well as household loans. The Fed also opened swap-lines in mid-March 2020 with nine additional central banks to ensure they do not run out of dollars, on top of the five central banks it already had similar arrangements with.

While the Fed’s current actions go beyond financial markets, helping the financial sector continues to be its core focus. It remains to be seen whether the current crisis will lead to a wider realization that contrary to common belief, money does in fact grow on trees (the Fed’s and other central banks’), and to political demands to use this for wider public benefit. Supporting the financial sector in the longer-term is incompatible with a fairer distribution of resources, which in a context of economic depression could be necessary to stave off societal breakdown.

Ultimately restoring capital controls of some kind would be essential for reducing the risk of additional financial crises. But this would necessitate debt cancellation on a large-scale, to reduce the size of the mountain of debt created over the past decades of financialization, which would be politically difficult, given the enormous power of financial sector interests. The risk is a disorderly collapse of the financial system, which would be dangerous.

The COVID-19 crisis has also reaffirmed that there is no substitute for the US dollar today as the global reserve currency, but whether US domestic politics will eventually prevent the Fed from performing its critical global role remains to be seen. President Trump’s assault on global governance institutions has already undermined the IMF, thus leaving emerging markets (with the exception of China) to suffer a calamitous withdrawal of funds. Given his “America First” politics, it is also possible that the Fed will come under pressure to stop swapping dollars with other central banks or buying securities from non-American entities. This would leave them dollar-starved and undermine the circulation of capital in the global economy. Although alternatives to the US dollar could emerge, the adjustment period would be difficult and dangerous.

Shahar Hameiri is Associate Professor of International Politics at the School of Political Science and International Studies, University of Queensland, Australia. He tweets @ShaharHameiri. 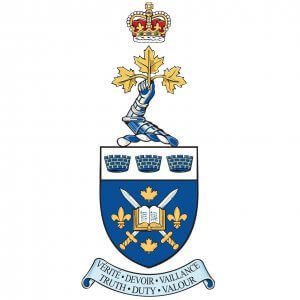 Canada must take measures to end foreign attacks on human rights activists in Canada: Marcus Kolga and Yang Jianli in the Vancouver Sun