The Cost of Alberta’s ‘Fair Deal’ Pressure Tactic Only Worth it if Ottawa Yields: Philip Cross in the Epoch Times 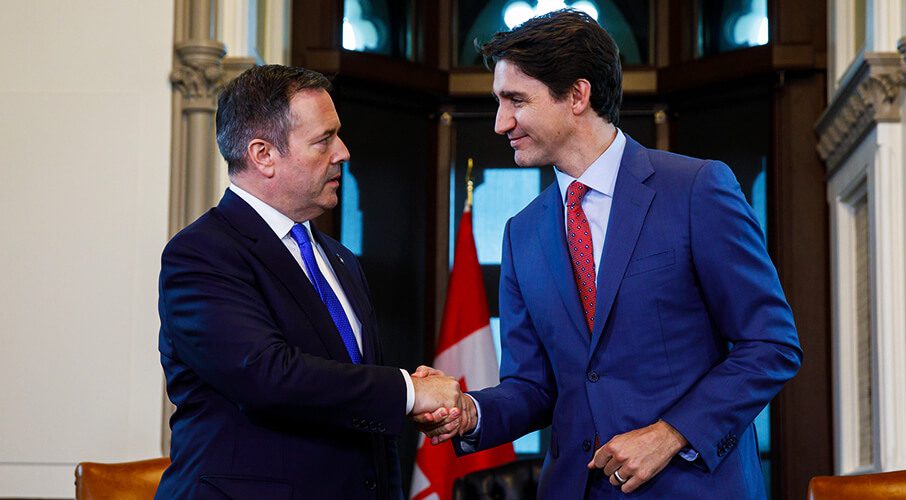 Alberta’s political leaders must make the political judgement as to whether withdrawing from some federal programs will pressure Ottawa to ease the regulatory burden on energy, modify equalization, or increase pipeline access to overseas markets, writes Philip Cross.

The  goal of the Alberta government’s “fair deal” panel hearings is to correct a perceived imbalance between large revenues collected by Ottawa and inadequate federal government services provided to Alberta.

Among the changes that are being proposed, which include withdrawing from the Canada Pension Plan and federal cost-sharing programs, the most revealing surround Alberta administering its own services such as tax collection and policing.

However, this does not address the heart of the issue which is that Alberta wants more support for its priorities from Ottawa, not better services for its citizens. Complicating matters further, federal support for Alberta’s priorities cannot be transferred as simply as many public services.

At face value, the idea of downloading services to the province might save some money. There is little evidence of economies of scale for most government services. On the contrary, the federal government has become the most expensive provider of public services despite being the biggest government in Canada. This high cost reflects that federal pay for its civil servants is the most expensive in Canada, federal subsidies for its employee pension plan are the largest, and federal government operations are the most cumbersome.

Donald Savoie, Canada’s leading expert on public administration, has documented the “thickening” of federal government internal operations over time, with more resources devoted to bureaucratic processes—such as reporting to the multiple central agencies overseeing every spending program—rather than the actual provision of services to the public.

But does this mean that shifting some public services from Ottawa to Alberta could save money? Almost certainly not, for several reasons. Alberta pays its employees the most of any province. This reflects how public sector pay soars when Alberta’s energy sector is booming (partly to retain workers) but is rarely cut during the inevitable busts. Pension benefits for provincial employees are not as expensive as the federal government’s, but the high overall level of compensation means limited savings at best.

As former finance minister Joe Oliver said, there is nothing harder than cutting a government spending program. There is almost no chance the federal government will reduce its labour force even if Alberta withdraws demand for some services. This is the sad reality of how the federal government operates; even when it downsizes such as during the mid-1990s debt crisis, history shows that both pay and staffing levels recoup these losses within a decade.

The near-impossibility of permanently reducing the size of government operations should not be lost on Alberta. If Alberta decides to expand its government programs to displace the federal government, this increase is likely to be permanent.

Nevertheless, there are still compelling reasons for Alberta to consider repatriating services from the federal government. Even if this does not lower the cost of government services to taxpayers, it may be an effective means of communicating frustration with federal policies ranging from regulation to pipelines to equalization. If this provokes Ottawa to adopt more Alberta-friendly policies in any of these areas, the province’s economy could still come out ahead.

This may seem to be the template followed by Quebec, which clearly is not more efficient in delivering government services but does have a higher place on the federal government’s agenda. However, the priority to Quebec’s interests reflects more its 78 seats in the House of Commons (versus 34 for Alberta) not its control of a few services.

Sometimes, to use Isiah Berlin’s metaphor, it is better to be a hedgehog than a fox—to get the big things right even at the expense of doing little things less well. Alberta’s exasperation with the federal government is fundamentally about the treatment of its energy sector and its wealth, not the quality of policing by the RCMP or the cost of running the CPP. Paying a little more for some public services could well be worthwhile if Alberta’s energy sector, the crown jewel of its economy, receives even slightly higher prices from better policies in Ottawa.

Alberta’s political leaders must make the political judgement as to whether withdrawing from some federal programs will pressure Ottawa to ease the regulatory burden on energy, modify equalization, or increase pipeline access to overseas markets. The fundamental problem is what Alberta really wants to repatriate from Ottawa is firmly in the federal jurisdiction and cannot be transferred, notably jurisdiction over transportation across provincial boundaries, Canada’s territorial integrity, and equalization.

The threat to repatriate some relatively unimportant services is only a pressure tactic to get Ottawa to change its policies in the areas that really count for Alberta. The risk is that if Ottawa does not change its energy policies, Alberta potentially will have to support a larger government with a shrinking tax base.

Philip Cross is the former chief economic analyst at Statistics Canada and Munk senior fellow at the Macdonald-Laurier Institute.

Ep. 38 – Understanding The Rising Tide of Populism with Michael Ignatieff and Marcus Kolga