Conservatives must put country before ideology to offer a credible alternative to the Liberals: Brian Lee Crowley in the National Post 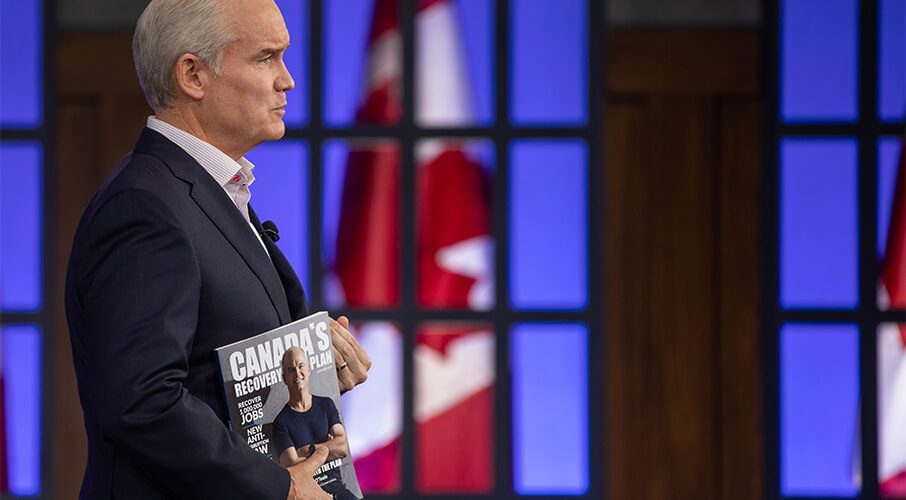 Too many Tories regard their party as a place to indulge their deeply held, perfectly legitimate, but boutique causes, writes Brian Lee Crowley in the National Post.

It’s not about you; it’s about Canada: that’s the message that should echo in the mind of every Tory as they vote for a new leader.

Too many Conservatives regard their party as a place to indulge their deeply held, perfectly legitimate, but boutique causes: climate-policy skepticism, lifting automatic gun restrictions, opposing abortion and so forth.

Moreover, party spokespeople focus on issues of narrow interest, like taxes, deficits and waste, unable to produce a coherent vision of the positive things government is for in a country that believes in the common good.

The Tories have thus made their party an electoral liability. Yet the official Opposition‘s duty and responsibility is to offer a credible alternative to the government of the day. When Tories fail, they condemn Canadians to re-elect a government that few people actually want.

Over the past two elections, Canadians have made it clear that there is widespread unhappiness with Prime Minister Justin Trudeau’s Liberals. Canadians wanted a change, but when they looked at the Conservatives, they found them wanting. The Tories thus saw important leads evaporate, even though both times they won the popular vote.

Trudeau is prime minister not because the Liberals are strong, but because the Tories are weak, clinging to policies that alienate critical voters rather than holding the government to account and unable to project a positive vision that rallies Canadians.

Yet our political system demands a credible alternative government. The Tories wrongly interpret this to mean that they must oppose the government on everything, even when as on, say, carbon taxes, they make themselves appear irresponsible on an issue a lot of people care about.

For most voters, politics is an annoying, expensive, but unavoidable distraction. They also know politicians make promises that sound good in order to win votes. Unpredictable events like wars, pandemics and economic downturns often make politicians’ intentions irrelevant to the problems they are actually called on to solve. Unsurprisingly, voters end up discounting what politicians say.

But voters are very good at sniffing out the character of both people and parties. What kind of people they are putting in office to make those unpredictable decisions is something voters can and do form strong feelings about.

In 2015, voters preferred the optimistic character of Justin Trudeau to the dour competence of Stephen Harper. But in the two subsequent elections, Canadians sought a leader and a party in whose character they could have more confidence.

Parliamentary democracy is supposed to give them that choice, so that when the time comes to throw the bastards out, there is a credible alternative to put in their place. This is what the Tories have signally failed to do through pursuing narrow causes that do not resonate with the suburban Canadians who decide elections.

Yet having a credible alternative to the government has never been more urgent. In my long career watching politics, I have never seen a government more ideologically rigid, more devoted to divisive policies or more prone to shaming Canadians for the country their ancestors built and defended, a country that millions have chosen as their new home and millions more aspire to move to.

It is on the Tories that we have a government that has allowed virtually all the symbols of Canadian sovereignty and nationhood to be denigrated, disparaged and neglected: the flag, Parliament, Canada Day, the military, the RCMP, the border, our alliances with other democracies in defence of our most important values. The Liberals have failed at basic tasks like keeping our citizens safe from foreign threats, while regarding the rule of law as an inconvenience to be circumvented, rather than a foundational principle.

Yes, Canadians should acknowledge their country’s shortcomings, such as its treatment of Indigenous-Canadians and the vestiges of racism that still exist in our society. The Liberals, however, treat these failings as matters of divisive moralistic posturing, rather than leading us to unite proudly in a shared determination to make our great country even better.

The Tories do not need to become Liberals to win elections. On the contrary, the country is crying out for an alternative to the Grits, an alternative that doesn’t make them nervous, but instead makes them feel confident; a government that thinks Canada is the finest country in the world, rather than a repository for all that is shameful and retrograde.

Remember, Conservatives, your choice is about more than what you want. You have an overriding political and constitutional responsibility to find the policies and leadership that give Canadians the confidence to vote out the current lot, if that is what they wish to do. An Opposition that fumbles that responsibility doesn’t just fail itself. It fails Canada.

Brian Lee Crowley is the founder and managing director of the Macdonald-Laurier Institute. His most recent book is,“Gardeners vs. Designers: Understanding the Great Fault Line in Canadian Politics.”