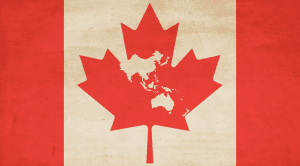 The dynamics of global power are shifting rapidly, centering on the Indo-Pacific, writes Karthik Nachiappan. If Canada does not switch gears and grow to engage this reality, it will get left behind.

Even with the world fixated on the transatlantic crisis over Ukraine, it is the Indo-Pacific that will dominate geopolitics in the 21st century. The region is home to the world’s largest and most dynamic economies, with geostrategic rivals fiercely competing over who establishes the rules that will govern security, trade, and technology in the future.

Since early 2020, major powers across the G7 and Europe have drafted strategies to navigate their interests in this region. Yet Canada, an Atlantic and Pacific power, remains conspicuously absent. Despite sharing an ocean with this critical region, longstanding security relationships with partners like Japan, and burgeoning economic links with countries like India and Indonesia, Canada remains far behind in devising coherent policy for the Indo-Pacific. Indeed, Ottawa is only now finally putting pen to paper, a task that is both welcome but far overdue.

The “Indo-Pacific” is the new “Asia” – a single interconnected region spanning the Indian and Pacific Oceans, and a departure from the erstwhile Asia-Pacific concept of the past. It represents a geography where the security and the economic priorities demand a rules-based international order that is “free, open and inclusive.” Indo-Pacific countries have acknowledged the region’s importance and adopted foreign policy strategies reflecting this priority. Canada stands apart in not yet having meaningfully made any such decision.

How should Canada engage the Indo-Pacific? It’s fashionable for countries to devise a strategy or broad approach to engage the Indo-Pacific as a whole, focusing on areas like maritime security, trade and technology given the struggles around crafting viable coalitions and partnerships to address shared problems like maritime disputes, piracy, tariffs, and investment barriers, among others.

Canada must not lose valuable time figuring out a strategy before it moves to engage with key countries across the Indo-Pacific, like India, Japan, Indonesia and Singapore. A strategy, however, is valuable and necessary as a roadmap or framework that embeds ongoing and future policy efforts around a clear logic – though care must be taken to not obfuscate or overlook what’s possible and achievable. In other words, Canada must walk and chew gum when it comes to the Indo-Pacific, and engage on urgent policy issues like cybersecurity, digital trade, climate and vaccines while embedding those efforts within a proactive strategic framework.

On security, it would take time and capital before Canada would be involved in matters of hard security alongside regional powers like the US, Australia, Japan and India. Canada, however, has an opportunity to help Indo-Pacific countries like India manage and bolster cybersecurity (and possibly space) infrastructure. Various non-state actors backed by authoritarian states are exploiting the Internet’s weaknesses across the region, disrupting activities of individuals, firms, organizations and states. Cyberattacks are rising. COVID-19 has fuelled attacks and incidents across the health sector. Fraud and cybercrime are peaking as digitalization accelerates through the pandemic.

Canada can support cybersecurity cooperation and training for regional regulators and officials from India’s Computer Emergency Response Team (CERT-IN), that are working to protect internal devices, systems, and networks and controls. Canadian cybersecurity firms can also help prepare and bolster the defences of Indian software and IT companies that contribute nearly US$150 billion in exports to India’s Gross Domestic Product (GDP). Companies, both domestic and foreign, are entering India’s cybersecurity industry providing options and solutions to reduce growing cyber vulnerabilities. Following its recent signing of a memorandum on cybersecurity with Singapore, Ottawa would do well to cooperate with New Delhi on this issue; these efforts can be further extended across Southeast Asia as countries deal with an array of online risks and threats. Canada has a deep interest and stake in ensuring the Indo-Pacific cyberspace remains free and open, secure, and accessible.

On economics, Canada should prioritize digital trade. The digital economy is a major driver for future Indo-Pacific growth. Countries across East and Southeast Asia accounted for nearly 50 percent of global digital revenues in 2020. Sectors from e-commerce, health, education, travel and transportation are digitizing rapidly across the region. Yet despite record digitization, countries have generally lagged in devising policies that protect consumers. Standards on data protection vary. Canadian firms have an opportunity to engage digitally but Ottawa must frontend their interest by coordinating rules with Indo-Pacific countries like Singapore, Indonesia, Japan and South Korea, when it comes to managing data flows, questions of competition within digital markets, and digital taxes.

Canada should also explore the possibility of negotiating Digital Economy Partnerships (DEPAs) with some of the countries mentioned above to ensure Canadian interests and standards are upheld. What distinguishes DEPAs from other options is that it allows for standards to be progressively aligned, facilitating interoperability between digital systems so firms can seamlessly share data and transact across borders. Potentially, DEPAs could lead to data-free zones between Canada and other economies where data can flow, protected as they are by sound guardrails. Going ahead, DEPA could serve as a vital lever and vehicle through which Canada regulates its trading partnership with Indo-Pacific partners alongside agreements like the Comprehensive and Progressive Agreement for Trans-Pacific Partnership, Canada-United States-Mexico Agreement, and Regional Comprehensive Economic Partnership.

The final pillar that Canada should prioritize involves functional, transnational issues like global health, climate change, and critical technologies. These issues are increasingly being discussed between Indo-Pacific partners, most notably through the Quadrilateral Security Dialogue (or Quad), initiative. Canada has a natural strength in contributing to and addressing such transnational challenges and needs to bring this leadership and experiences to bear in the Indo-Pacific as a “Quad-like” partner. The Quad’s recent focus on issues like vaccines, climate and critical technologies provides Canada an opportunity to deepen links with countries struggling to contain COVID-19. Countries across Southeast Asia still lack equitable access to vaccines despite attempts to procure them through 2021.

Canada can contribute to this effort by providing existing vaccine doses and offering technical and logistical expertise to support countries delivering them. Thus far, Ottawa has overwhelmingly prioritized vaccine diplomacy through COVAX, the multilateral vaccine sharing alliance, with a marginal amount given bilaterally but only for countries in Latin America and the Caribbean, not Asia. Canada needs a rethink its vaccine strategy to redouble exports to economically vibrant regions like the Indo-Pacific. That will help ease current and future trade and supply chain constraints, which will be to the benefit of all Canadians. Preventing the virus from mutating and spreading is in Canada’s fundamental interest.

The dynamics of global power are shifting rapidly centered on the Indo-Pacific. If Canada does not switch gears and grow to engage this reality, it will get left behind. Opportunities abound but they will not land in your lap without any effort; they have to be seized. It’s well past time for Canada to finally get serious in both seizing these opportunities and pursuing a substantive role in the Indo-Pacific.

Karthik Nachiappan is a member of the Canada India Strategic Dialogue for the Macdonald-Laurier Institute and Observer Research Foundation, and Research Fellow at the National University of Singapore’s Institute of South Asian Studies.

Conservatives must put country before ideology to offer a credible alternative to the Liberals: Brian Lee Crowley in the National Post