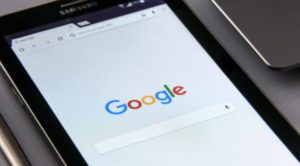 There are genuine harms from over-regulation or misguided regulation, writes Daniel Sokol in the National Post. Below is an excerpt from the article, which can be read in full here.

We are in the midst of a global revolution in competition law and antitrust policy. Many of the largest companies in the world are digital platforms that did not exist 30 years ago. This, in turn, has led to calls to break up Big Tech, or, at the very least, that their conduct be more stringently regulated than other sectors have been in the past. Canada should resist these trends, as it does not need to rewrite its competition laws in order to deal with the challenges of the 21st-century economy.

There has been, in particular, a global push toward breaking up or regulating the largest of these players: Google, Amazon, Facebook, Apple and Microsoft. These providers of search engines, e-commerce marketplaces, social networks and cloud services have been characterized as “gatekeepers” of digital services that have the power — because of their size — to raise barriers to entry and crush their rivals.

Proposed legislation in the United States and Europe seeks to prohibit digital platforms from giving their own products and offerings preferential treatment (known as “self-preferencing” behaviour), ban established players from acquiring their competitors and provide greater access to the data horded by online platforms by requiring interoperability and data portability.

The Canadian Competition Bureau recently released a report arguing that the “federal government should conduct a rigorous and comprehensive review of the Competition Act to ensure that it is fit for purpose.” At the same time, some commentators have suggested that Canada’s competition policy framework should be shaken up to promote much more aggressive enforcement against Big Tech companies.

In a report that I co-authored for the Macdonald-Laurier Institute , alongside Anthony Niblett of the University of Toronto, we conclude that competition law in Canada does not need an overhaul. We argue that dramatic changes to the Canadian Competition Act are not required in order to foster competition in the Canadian economy, as the Competition Bureau is an effective enforcer that has the necessary tools to combat anti-competitive activity.