in Columns, Dragon at the Door, In the Media, Latest News, Stephen Nagy
Reading Time: 4 mins read
A A 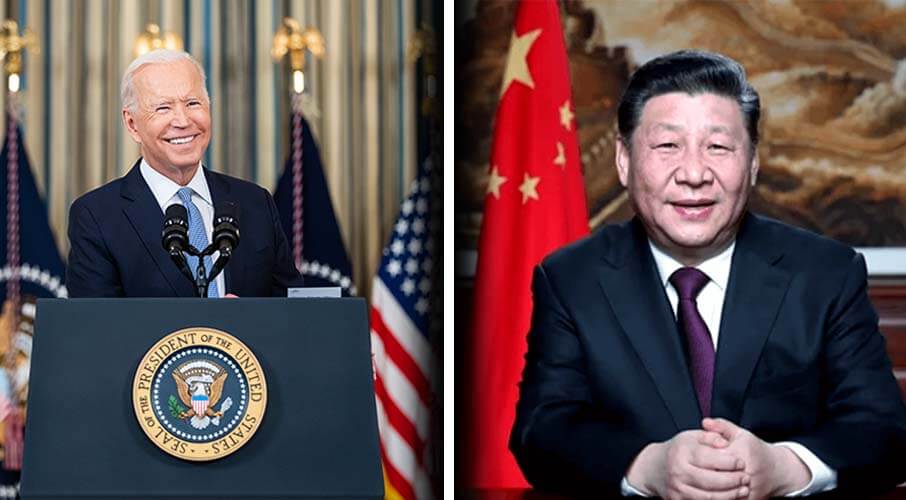 Despite the lack of any concrete achievement, Stephen Nagy argues that the meeting set a foundation for further dialogue.

Rather than answers, the virtual summit between Joe Biden and Xi Jinping left us with many questions.

Does the summit represent a strategic pause in the intensification of the competition between the United States and China, or something more transformative? What are the reasons for the summit at this juncture and in this format? What kind of outcome does the international community including countries such as Japan and Canada want from these talks?

First, despite the lack of any concrete achievement, the virtual summit between Biden and Xi will be the foundation for further dialogue going forward.

This is a net positive, as a dangerous mix of nationalistic hubris and regime insecurity in China in tandem with an increasingly (and irrational) Sino-phobic United States has placed bilateral relations in a precarious position that could cascade into conflict.

Xi used the virtual dialogue to reiterate China’s longstanding position on Taiwan, to underscore the “One China” policy as a basis for bilateral relations and the need for China and the United States to find ways to correct the trajectory of bilateral relations.

Pledges to enhance U.S. business access to China through “fast-track” schemes to promote deepening trade and economic relations and to enhance dialogue at the leadership level were designed more so that Xi can appear conciliatory and statesman-like, without making him look like he bowed to American pressure. The Chinese president gave no ground to Biden by projecting the appearance of power parity — an important optic for domestic audiences that believe the two superpowers are peers and that America is in decline.

Furthermore, Xi and the Chinese Communist Party understood that a face-to-face summit would make it difficult for the Party to control the messaging and that Xi would face uncomfortable questions on everything from the origin of COVID-19 to Taiwan, from the egregious human rights violations in Xinjiang to the erosion on the “one country-two systems” model in Hong Kong.

With the 20th Party Congress scheduled for the fall of 2022, Xi could not afford to lose face to the United States. A virtual tete-a-tete allowed him to control the message to his primary audience, the Party and the Chinese people.

As for Biden, he had the critical task of articulating the boundaries of cooperation, competition and rivalry in bilateral relations.

This is an important step in moving away from the former Trump administration’s confrontational approach to China and the Party towards a smarter, more systematic and strategic approach in dealing with problems in the relationship.

The challenge for Biden was to avoid any inclination that he is soft on China, as it would be interpreted by the Republicans that he is not up to the China challenge. Knowingly or not, Xi’s appellation for Biden as an “old friend” could be used to paint him as weak on China in the midterm and 2024 elections to undercut his foreign policy agenda and re-election bid.

Prior to the virtual summit, Biden has clearly prioritized establishing strong leadership credentials among his alliance partners and within multilateral forums such as the Group of Seven, NATO, the “Quad” and COP26. The logic is to build the strongest of relations with partners to pressure China from a position of strength.

While dialogue between Washington and Beijing is not without merit, meeting Xi without re-establishing U.S. credibility with friends and allies would place Washington in a weaker position.

Third, Xi’s acceptance of a virtual summit is part of an effort to deescalate bilateral tensions between the United States and China, tensions that are exasperating pre-existing and COVID-19 induced downward pressures of the economy.

As economic pressure mounts, we are also seeing a host of countries speaking openly about the importance of peace and stability across the Taiwan Strait while simultaneously advocating for Taiwan to be part of the World Health Organization and the Comprehensive and Progressive Agreement for Trans-Pacific Partnership. Both send the signal to Beijing that countries accept the “One China” policy but are no longer willing to let Beijing dictate the terms what a “One China” policy means.

Furthermore, a growing number of countries put forth Indo-Pacific strategies that explicitly mention the importance of the Indo-Pacific region, a rules-based order and the dangers of revisionist powers that aim to dilute international institutions and law.

In short, Xi and the Party have begun to unclench their fist because of mounting socioeconomic challenges at home and pressure in what they understand as China’s backyard, including the East and South China Seas, that could derail the CPC’s decades-long priority of delivering steady, sustainable socioeconomic growth.

As Xi faces tremendous pressure at home and in its periphery, the virtual summit is also important for Biden. He needs to demonstrate that the United States is willing to cooperate, collaborate and engage in dialogue with China rather than only taking a hard-line approach like the previous administration.

For Washington to get stakeholder buy-in to pressure China, it must have a nuanced strategy that does not push its friends and allies to choose between their economic partner China and their security and comprehensive partner, the United States. The virtual summit is the first step for the Biden administration in demonstrating the importance of allies and partners in a U.S.-China strategy.

As the virtual summit fades from memory, the international community will be watching if indeed the words of Xi and Biden manifest as concrete constructive action to place limits on their strategic rivalry and chart out areas of cooperation and collaboration in the Indo-Pacific.